Telsa CEO Elon Musk has unveiled his master plan. It calls for the company to expand into self-driving semi trucks, roof-mounted solar batteries, and ride-sharing initiatives.

Musk detailed proposals to move his company beyond electric cars and batteries, including ones for heavy-duty trucks and for high-passenger-density urban transport, which is something luxury carmaker Daimler is currently developing.

In his post, Musk restated his opinion that in order to quickly progress, SolarCity, of which he is chairman and a major shareholder, should become integrated -- meaning acquired by -- Tesla.

"That they are separate at all, despite similar origins and pursuit of the same overarching goal of sustainable energy, is largely an accident of history," Musk wrote. "Now that Tesla is ready to scale Powerwall and SolarCity is ready to provide highly differentiated solar, the time has come to bring them together." 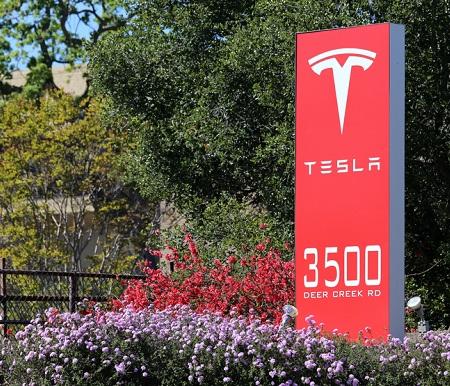 Musk also expressed support for ride-sharing programs, which would be coupled with autonomous vehicle technologies, providing users the ability to add their own car to the Tesla shared fleet just by tapping a button on the Tesla phone app and have it generate income for users while they are at work or on vacation.

One of Musk's main goals is to create a "smoothly integrated and beautiful solar-roof-with-battery product that just works," offering users one ordering experience, one installation, one service contact, and one phone app.

With the introduction of the Tesla Semi, Musk hopes to deliver a substantial reduction in the cost of cargo transport, while at the same time increasing safety and making it "really fun" to operate.

All of Musk's points dovetail with the company's overall strategy of reducing emissions and improving efficiency, something he said hopes will give Tesla the ability to scale up production volume as quickly as possible --in essence, turning the factory itself into a product.

"By definition, we must at some point achieve a sustainable energy economy or we will run out of fossil fuels to burn and civilization will collapse," Musk wrote. "Given that we must get off fossil fuels anyway and that virtually all scientists agree that dramatically increasing atmospheric and oceanic carbon levels is insane, the faster we achieve sustainability, the better."

[Read about the controversy over the recent Tesla fatality.]

Despite the successful launch of the company's first affordable electric vehicle, the Model 3, Tesla has recently been the subject of criticism following the fatal crash of one of its cars while on autopilot.

The National Highway Traffic Safety Administration (NHTSA) is currently investigating the May 7 fatal accident that killed a 40-year-old man while he drove his Model S with the Autopilot activated.

The Autopilot software feature, launched in October as a beta, requires driver activation to kick in, but has a fair number of Tesla owners baffled about how to use it, Musk told The Wall Street Journal.

"A lot of people don't understand what it is and how you turn it on," Musk told the Journal. As a result, Musk said Tesla is planning to post a blog that delves into how Autopilot works and the responsibilities of the driver once this self-driving feature is turned on.

Nathan Eddy is a freelance writer for InformationWeek. He has written for Popular Mechanics, Sales & Marketing Management Magazine, FierceMarkets, and CRN, among others. In 2012 he made his first documentary film, The Absent Column. He currently lives in Berlin. View Full Bio
We welcome your comments on this topic on our social media channels, or [contact us directly] with questions about the site.
Comment  |
Email This  |
Print  |
RSS
More Insights
Webcasts
Fintech at SaaS speed: Navigating the scale & security challenge
4 Practical Tips for Building a Data Lake
More Webcasts
White Papers
Three Secrets to Stopping Ransomware Cold
Cloud Security Blueprint: Architectures and Solutions
More White Papers
Reports
Cloud Misconfiguration Mayhem
The Need for Speed: Second Generation EDR
More Reports