A new biography on Steve Jobs reveals that the former Apple CEO rejected Tim Cook's offer of a life-saving gift, namely his liver.

Years after his death, Steve Jobs remains as relevant as ever. Apple's former CEO continues to inspire those inside and outside his technology empire with his vision, passion, and ideas.

Some claim that Jobs was a harsh leader, others that he was selfish. But current CEO Tim Cook can prove otherwise. When the future leader of Apple offered his boss a partial liver in the late stages of Jobs' battle with pancreatic cancer, he was met with wholehearted refusal.

Jobs was seriously ill at the time and suffering from ascites, a severe side effect of cancer. He needed a liver transplant. Cook, his mentee and future leader of Apple, was curious to see whether he was a match for Jobs' rare blood type. A few tests later, he discovered that he was.

Cook then offered to donate a portion of his liver to Jobs, a process that ultimately proved difficult, not because he was in poor health or feared surgical complications, but because Jobs would not let him do it.

"He cut me off at the legs, almost before the words were out of my mouth," Cook recalled in an excerpt of the book on Fast Company. "'No,' he said. 'I'll never let you do that. I'll never do that.'" 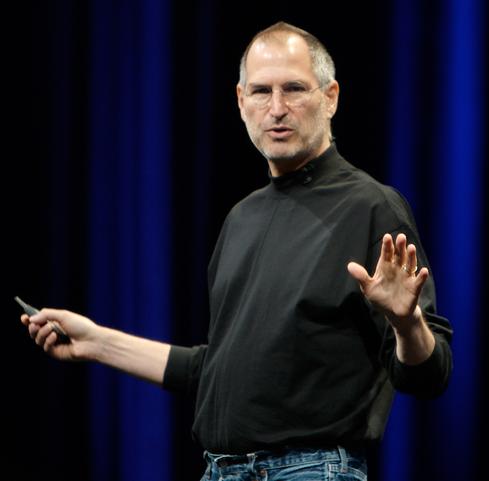 Cook said that Jobs' response to his offer, made at a time "when things were just terrible" for him, reflected the true nature of his character.

"Somebody that's selfish doesn't reply like that," said Cook. Jobs only yelled at him four or five times during the 13 years they knew one another, he admitted. That was one of them.

Jobs eventually did receive a liver transplant later that year, which saved his life and allowed him to continue his leadership at Apple. Despite the doctors' positive outlook, he continued to suffer health complications. Jobs resigned from his post in August 2009, strongly urging Apple's board to name Cook as his replacement.

Read Becoming Steve Jobs in its entirety when the book appears in stores on March 24.

Kelly Sheridan is the Staff Editor at Dark Reading, where she focuses on cybersecurity news and analysis. She is a business technology journalist who previously reported for InformationWeek, where she covered Microsoft, and Insurance & Technology, where she covered financial ... View Full Bio
We welcome your comments on this topic on our social media channels, or [contact us directly] with questions about the site.
Comment  |
Email This  |
Print  |
RSS
More Insights
Webcasts
The Failures of Static DLP and How to Protect Against Tomorrow's Email Breaches
Building the SOC of the Future: Next-Generation Security Operations
More Webcasts
White Papers
The Dark Side of SD-WAN
MPLS, SD-WAN and SASE
More White Papers
Reports
The Drive for Shift-Left Performance Testing
DNS Network Traffic Volumes During the 2020 Pandemic
More Reports

Yeah exactly. this shows the depth of their  friendship. Moreover, Steve made exceptions for Cook like being able to serve on an outside board of directors as a reward to Cook. Again it seems like Steve had a great deal of respect for Cook since they were so different which allowed them to work together when Jobs was CEO and Tim was COO
Reply  |  Post Message  |  Messages List  |  Start a Board

"This story of Tim Cook offering Steve Jobs a portion of his liver says as much about the kind of person Tim Cook is as it does about Jobs. That is truly a selfless offer, and extremely admirable."

Yes, I thought the same. It also shows real closeness, a great connection, the way they both put the other in the first place instead of themselves.

Agreed, I'd actually love to read the book in full when it comes out. I think the fact that Jobs went through a transplant a few months later indicates that he was willing to undergo the surgery, but he didn't want to put his close friend/future leader under the knife.
Reply  |  Post Message  |  Messages List  |  Start a Board

This clearly shows the relationship between the mentor and the mentee. So is this book getting sold the Apple way too ?
Reply  |  Post Message  |  Messages List  |  Start a Board

Yes, devotion, but obscures the fact that Jobs turned away from typical medicine and thought natural healing would save the day. Also a good ad for the healthy Tim Cook as he helms Apple.
Reply  |  Post Message  |  Messages List  |  Start a Board

This story of Tim Cook offering Steve Jobs a portion of his liver says as much about the kind of person Tim Cook is as it does about Jobs. That is truly a selfless offer, and extremely admirable.
Reply  |  Post Message  |  Messages List  |  Start a Board
Editors' Choice
Hot Topics