Apple CEO Tim Cook reveals the depth of the iPhone maker's interest in augmented reality and where he thinks the platform is going.

Apple CEO Tim Cook provided insight into his company's interest in augmented reality (AR) and his views on the platform, as the iconic computer maker's competitors gain a greater foothold in emerging technology.

Apple, which has been coy in discussing its move into virtual and augmented reality, acquired Metaio, an AR authoring tool and software development kit maker, in 2015. But Apple was unwilling to confirm or deny its purchase.

Earlier this year, Apple began to visit Stanford University's Virtual Human Interaction Lab more frequently. But it also remained mum about the purpose of those visits to the VR lab.

Cook, however, during the company's third-quarter earnings conference call on Tuesday, finally addressed Apple's interest in augmented reality when questioned by an analyst. 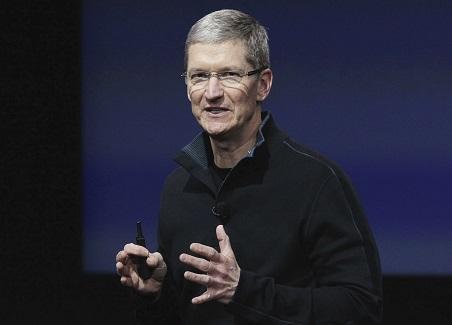 Piper Jaffray analyst Gene Munster asked the CEO how augmented reality, especially given the hyper-popularity of Pokémon Go, affects the way Cook views the future of the technology.

In terms of AR and the Pokémon phenomenon, it's incredible what has happened there. I think it's a testament to what happens with innovative apps and the whole ecosystem and the power of a developer being able to press a button, so to speak, and offer their product around the world.

This certain developer has elected not to go worldwide yet because of the pressure on their servers, because of the demand, but I'm sure that they will over time.

It also does show, as you point out, that AR can be really great. We have been and continue to invest a lot in this. We are high on AR for the long run. We think there are great things for customers and a great commercial opportunity. And so, we're investing and the number one thing is to make sure our products work well with other developers' kind of products like Pokémon and so on. And that's the reason you see so many iPhones out in the wild right now chasing Pokémon.

I know there are people that want to call it [augmented reality] a new computer platform, and we'll see. I think there's a tendency in this industry to call everything new the next computer platform. However, that said, I think AR can be huge. So, we'll see whether it's the next platform. Regardless, it will be huge.

Worldwide shipments of augmented reality glasses are projected to soar to nearly 5.4 million units annually by 2020 from less than 114,000 units annually in 2015, according to a research report from Tractica.

Google, for example, has established a dedicated virtual reality department for its VR efforts, including its Cardboard headset that aims to serve the mass market with its inexpensive user-friendly goggles. On the other spectrum is Microsoft's high-end HoloLens that is expected to find a home, not only with gamers, but also in business applications. Facebook has its Oculus virtual reality company, which it purchased for $2 billion in 2014.

Apple also has some plans in the works. It filed a patent for head-mounted googles in 2013 and began laying the groundwork for its VR team in 2014.

Time will tell what Apple's CEO has been cooking up in its VR lab.

Dawn Kawamoto is an Associate Editor for Dark Reading, where she covers cybersecurity news and trends. She is an award-winning journalist who has written and edited technology, management, leadership, career, finance, and innovation stories for such publications as CNET's ... View Full Bio
We welcome your comments on this topic on our social media channels, or [contact us directly] with questions about the site.
Comment  |
Email This  |
Print  |
RSS
More Insights
Webcasts
Making XDR Work in Your Enterprise - May 12
Data Center Network Operations (NetOps) Reimagined
More Webcasts
White Papers
Protection Strategies for a Cyber-Resilient Organization
Cisco Threat Response
More White Papers
Reports
The State of Endpoint Security
Enabling Enterprise Resiliency Through Cyberthreat Detection
More Reports

You know, for all the criticism Pokemon Go gets, I'd bet the majority of those people are guilty of zoning out, indoors, on their phone or in front of their computer playing something like Bejeweled or Candy Crush or whatnot for long periods of time...while the Pokemon Go players are at least getting exercise and going outside in the real world and getting some sun.

(Note: For my own part, I have not installed or tried Pokemon Go.)
Reply  |  Post Message  |  Messages List  |  Start a Board
InformationWeek Is Getting an Upgrade!