Uber plans to launch a pilot program with a fleet of driverless cars picking up passengers in Pittsburgh this month.

Uber customers in Pittsburgh will be able to order self-driving cars later this month. The ride-sharing service is launching a pilot program to test autonomous vehicles on public streets.

As part of the pilot, Uber will place employees in the driver's seat, where they will have their hands on the steering wheel in case something goes wrong. Another employee will be in the passenger seat to observe.

Its pilot fleet will consist of specially-equipped Volvo XC90 sport-utility vehicles and Ford Focus cars, reported The Wall Street Journal. Uber plans to build partnerships with other carmakers in the future.

The Volvo SUVs will include sensors that leverage cameras, radar, lasers, and GPS receivers, according to Bloomberg. Volvo Cars produced a few of these vehicles following an agreement with Uber to spend $300 million on creating a fully autonomous car to hit the streets by 2021.

The pilot phase could start in as little as two weeks, said The WSJ. Uber plans to start the rollout with a few vehicles and expand to 100 cars throughout Pittsburgh. It will possibly reach other cities in coming months.

Driverless cars will be assigned to customers at random, but data such as customer preference, starting location, and length of trip will be considered. To start, Uber is making these trips free of charge and waiving the usual $1.05/mile fee.

Uber is the first company to roll out autonomous vehicles to public streets, marking a breakthrough move for the commercialization of driverless cars. However, many consider the move to be controversial, citing passenger safety and job losses as cause for worry.

This program is a clear sign Uber plans to eventually replace its massive workforce of drivers with autonomous cars. The company has 600,000 drivers employed within the US, NPR reported, and 1.5 million drivers around the world.

For drivers who worry about losing their jobs, it's important to note we're a long way from this concern becoming reality, said Uber to NPR. Self-driving hybrid vehicles that require drivers will "likely win," and human drivers will be required for winding roads and other tricky routes technology can't navigate.

Safety is another obvious concern with a program like this one. After all, people prefer autonomous vehicles that don't kill them, and there's an understandable fear of sacrificing driver control to a machine.

In another move to advance the autonomous vehicle industry, Uber acquired Ottomotto, a startup with the mission of rethinking transportation with self-driving trucks. The purchase brings together Ottomotto's self-driving vehicles and Uber's Advanced Technologies Center to create a powerhouse of expertise and innovation in the connected-vehicle space. 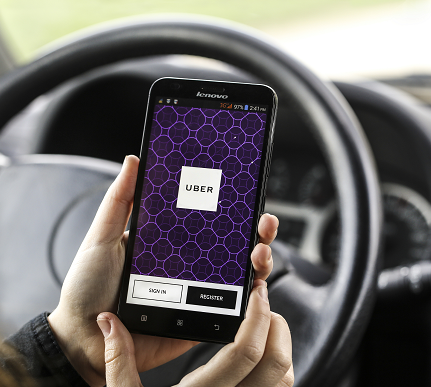 The advancement of driverless cars also marks a step forward for the Internet of Things. The Uber/Ottomotto partnership will generate a massive amount of data and intelligence, given the 1.2 billion miles covered by Uber and Otto each month.

Uber is using this data to advance the way its driverless system works, according to the Bloomberg report. The company has been developing detailed maps with roads, lane markings, buildings, fire hydrants, parked cars, and potholes.

As the car drives, it compares its observations with preexisting maps so it can identify and avoid pedestrians, stray dogs, and various objects.

Uber is one of many companies in the race to gain a piece of the autonomous-vehicle market.

Google is a major player in the space. The tech giant has been working on its driverless cars for some time. It recently released a report indicating it's trying to improve safety by creating a vehicle that can honk its own horn. Earlier this year, Google hired drivers to test its driverless cars in Arizona, promising $20 per hour to people who could operate its cars and provide feedback for six to eight hours per day.

Automakers Toyota and Acura are also working to advance car technology. In June, Toyota announced plans to integrate self-driving features into its cars over the next 5 years. Acura is working on a self-driving car, with plans for a 2020 release date.

Kelly Sheridan is the Staff Editor at Dark Reading, where she focuses on cybersecurity news and analysis. She is a business technology journalist who previously reported for InformationWeek, where she covered Microsoft, and Insurance & Technology, where she covered financial ... View Full Bio
We welcome your comments on this topic on our social media channels, or [contact us directly] with questions about the site.
Comment  |
Email This  |
Print  |
RSS
More Insights
Webcasts
Fintech at SaaS speed: Navigating the scale & security challenge
Monitoring Critical Cloud Workloads
More Webcasts
White Papers
The State of Zero Trust Security Strategies
Cloud Security Blueprint: Architectures and Solutions
More White Papers
Reports
Planning Your Digital Transformation Roadmap
The State of Cybersecurity Incident Response
More Reports