What are the 10 best non-sequel games coming out in 2015? For the gamers out there, here's a list of some of the author's favorites. 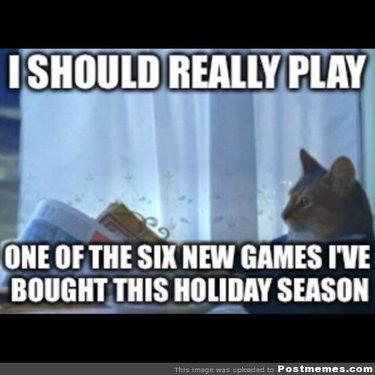 This is the year of the next-gen console game. A lot of ambition is finally going to pay off.

The games of 2014 were great, but a little over one year into the lives of a next generation of consoles, you barely start to scratch the surface of their capabilities. Game development cycles are long and so many of the games that came out in 2014 started life as a plain-old console games. That's true of this year, too, but the more time developers have with the consoles, the better. 2015 is going to be the year we really start seeing some limits stretched on these beautiful new babies we got for Christmas 2013 or '14.

Developers are also going to stretch the limits of what we think of as gaming. Persistent, massive universes and gigantic creatures to battle on a scale we've never seen before are going to light up our 4K monitors and TVs. But that doesn't mean we're stuck with the same old game play in a prettier setting.

We're going to see new and inventive gameplay as well. This crop of games has me more excited to be a gamer than I've been in years. To make coming up with a list of 10 games easier, I made some rules. No sequels and go easy on the reboots. It isn't that Halo 5 isn't highly anticipated. I'm really looking forward to it. It is that those games have firmly established fan bases already. At this point, there are few gamers who haven't run the Master Chief through a few of his paces.

The same goes for other sequels. You aren't going to see the new Assassin's Creed, Tomb Raider, or Galactic Civilizations here, either. The Arkham series and Mario Party are missing, too. Don't think that means they are off my radar. I just know they are already on yours.

What I wanted to capture are the games that are bringing something new (or especially retro) to the table. Game sequels drive the industry just as movie sequels drive theirs, but you've got to start a franchise somewhere. These games are most likely to start a franchise or lift an indie studio to new heights. These are the ones that might change gaming. Sit back, grab a caffeinated beverage, grab your wallet, and get your pre-ordering finger ready. You're going to fall in love with these games.

True.  But I take my time.  I game rarely -- because otherwise, I game too much and I wouldn't get any work done.
Reply  |  Post Message  |  Messages List  |  Start a Board

Seeking a Competitive Edge vs. Chasing Savings in the Cloud Joao-Pierre S. Ruth, Senior Writer,  7/19/2021
White Papers
How to Plan for Endpoint Security Against Ever-evolving Cyberthreats
Simple Solutions for Continuous Visibility to Active Directory Exposures & Live Attacks
2021 Cyberthreat Defense Report
Adaptive Multi-Layered Defense Is the Key to Cyber-Resiliency
The 7 Deadly Sins of Access Control, and How to Avoid Them