What We Learned From The Second Star Wars Trailer - InformationWeek

The second Star Wars trailer is out. And it revealed much more than the first. Here's what we know so far.

Robot Villains: What They Teach Us
(Click image for larger view and slideshow.)

There haven't been tapes dissected this closely since the Zapruder films. Everyone is watching and rewatching the Star Wars trailers for every clue about the potential plot. Every second is isolated and compared to rumors that have been released before. It is almost like we'd like to spoil the film for ourselves.

But just for the record, I like knowing less about the movie.

I feel like we've had so many Avengers trailers I've already seen the movie.

Minor Spoiler Alert: Practically the whole fight between the Hulk and Iron Man was released during the MTV Movie Awards. We know every character in the movie. Wouldn't it have been more fun for at least one new Avenger to show up without us already knowing about it?

Still, I have to admit. I watched the Star Wars trailer again and again when it came out. Mostly because I got see Luke (or at least his hand), Leia (at least her hand), Han, and Chewie for the first time in something like decades. So if you happen to be someone who loves a good spoiler or likes to dissect the trailers to guess the plot, you're in luck. I already hashed them out for you. Here's the trailer in case you somehow didn't watch it.

If you hate spoilers, run away now. But for the rest of you I present the Top Ten Things We Learned from the New Star Wars Trailer:

2. Princess Leia gets a freakin' light saber. That is all.

3. Technology is going backwards. Suddenly Luke has a robot hand without skin instead of his cool prosthetic hand that looked just like his old one.

5. We're running out of things for the Millennium Falcon to fly through. First it was asteroids, then a space dinosaur and then the second Death Star. This time it is an ancient wreck of an Imperial Star Destroyer.

6. There must have been at least one big battle after the second Death Star is destroyed, because the crashed Imperial Destroyer is on a desert planet (Tatooine?) and there is a crashed X-Wing nearby.

7. JJ Abrams is not going to give up on that annoying droid that moves with a rolling ball. It is one of the few things in both trailers.

8. Unless the voiceover in the trailer is a flashback, Luke's children (child?) don't know they have the Force until later in life, just like Luke.

9. There is a really important stick in the movie. One of the female heroes is running from the site of an explosion carrying it like it matters to her. I can't wait to find out what is important about the stick.

10. The second trailer should have been first, because this one was awesome. 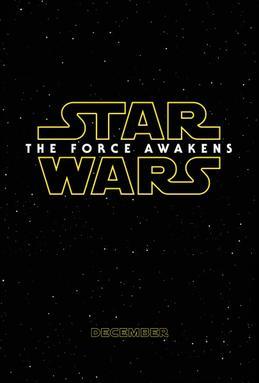 David has been writing on business and technology for over 10 years and was most recently Managing Editor at Enterpriseefficiency.com. Before that he was an Assistant Editor at MIT Sloan Management Review, where he covered a wide range of business topics including IT, ... View Full Bio
We welcome your comments on this topic on our social media channels, or [contact us directly] with questions about the site.
Comment  |
Email This  |
Print  |
RSS
More Insights
Webcasts
Fintech at SaaS speed: Navigating the scale & security challenge
4 Practical Tips for Building a Data Lake
More Webcasts
White Papers
Three Secrets to Stopping Ransomware Cold
Cloud Security Blueprint: Architectures and Solutions
More White Papers
Reports
2021 Digital Transformation Report
2021 Email Threat Report
More Reports

@zerox203- It is my understanding that none of that extended universe counts. The only things that count are the 6 movies, the Rebels cartoon, and the two novels they've released since they bought Lucasfilms.

It is possible Luke's speech is just a pep talk to young padawans. But i think he's talking to his kids.

One thing that is hitting the internet now is the tense of "my father has it [the force]." Many are speculating that Anakin/Vader is the thing that "Awakens" in "the Force Awakens." Disney is certainly pushing Vader hard in the Rebels cartoon for season 2 so I suppose it is possible.
Reply  |  Post Message  |  Messages List  |  Start a Board

I learned that Star Wars owes a lot to its John Williams score. Music is powerful, even if we refuse to pay for it.
Reply  |  Post Message  |  Messages List  |  Start a Board

So the good news is that you could know there was a Captain America movie in 2025 and it doesn't mean he won't die three times before that.
Reply  |  Post Message  |  Messages List  |  Start a Board
InformationWeek Is Getting an Upgrade!