What Your Music Taste Says About How You Think - InformationWeek

Researchers at the University of Cambridge studied the music choices of 4,000 participants to distinguish systemic thinkers from empathic ones. What kind of thinker are you?

Do you like rock or jazz? How about country or pop? Like Donnie and Marie, you might be a little bit country and a little bit rock 'n' roll. How about a different line of questioning?

Within the same big genres, which artists do you like? In rock, do you prefer Billy Joel or AC/DC? In jazz, do you choose Glenn Miller or John Coltrane? Most people would generally accept that the answers to those questions show a lot about your personality. According to a study by professors at the University of Cambridge, these answers show a lot about the way you think as well. 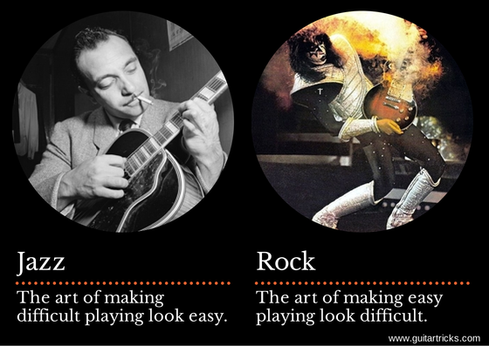 Before I go into the study at all, I want to run my own little experiment. Below are three pairs of classic songs. Decide whether you like first or second. If you love or hate them both, still pick one:

I'm guessing that the vast majority of you picked the second song in each pairing -- not because any of those songs are necessarily better than the others. They all represent classics of their respective genres. The study suggests that people who think systemically are more likely to pick the second song. And IT folks tend to be systemic thinkers.

The study recruited 4,000 people to take personality quizzes and then listen to samples of music. According to the findings of previous studies, most music can be divided into five basic characteristics, regardless of genre. The University of Cambridge study describes these characteristics like so:

[ Of course, we could always scan your brain. Read Geekend: Predicting Your Future By Scanning Your Brain. ]

Of course, there's one problem I see here. With the exception of the incredibly annoying lyrics of Elton John's "Crocodile Rock," I love all of these songs. Granted, I stacked the deck. I didn't pick these songs because of the study. The study tried to find music that no one had heard before. Frankly, that doesn't seem nearly as fun. So, if I like it all, does that make me a genius? Am I both a wonderful empath and brilliant systemic thinker? Probably not.

Most of us like of music across all sorts of genres, styles, and intensities. In fact, the weakness of a study like this is repeatability. Don't we all have music for different moods and needs? If the same people took the same test on different days, they wouldn't give the same answers. There are days when my Spotify is blasting AC/DC, Poison (yes, I am unapologetically a fan of hair metal, deal with it), and Guns N' Roses. There are days where I'm listening to folk and soothing jazz.

Sure, the idea is to look at the kind of music we most often gravitate toward. If you listen most often to intense music, the researchers believe you are a systemic thinker. This sort of pigeonholing runs counter to basic human ways of listening to music. It runs counter to common sense. It might be "right," insofar as the most empathic people I know probably listen less frequently to Rage Against the Machine than others do. But I defy you to think of a band like that as un-empathic.

In fact, I picked Rage Against the Machine for a reason. It is one of the most intense (but empathic) bands out there. And guitarist Tom Morello has a second career as a folk singer. That's right. The man who did this (that's him with the double-necked guitar):

also gave us this:

Of course, anyone can cherry-pick songs across genres and types of music that seem to not fit the mold. This is about large-scale decisions we make over the huge sample size of the music we listen to. Within that range, it is possibly true that the argument is correct. Does anyone's reaction to 50 small music samples tested in the course of one day tell us much of anything about the way they think?

I'd much rather classify the listening habits of people over months and years (something that could be easily doable by partnering with Spotify or Pandora). That kind of sample size would show patterns and preferences indicating a possible correlation between music choices and cognitive styles.

While I may not fully buy the case made by the University of Cambridge study, it is fun to talk about. What do you think? Can music taste tell us how people think? How about my little experiment? Which songs did you pick from the pairs above, and what do you think your choices say about you? Share your results in the comments section below.

David has been writing on business and technology for over 10 years and was most recently Managing Editor at Enterpriseefficiency.com. Before that he was an Assistant Editor at MIT Sloan Management Review, where he covered a wide range of business topics including IT, ... View Full Bio
We welcome your comments on this topic on our social media channels, or [contact us directly] with questions about the site.
Comment  |
Email This  |
Print  |
RSS
More Insights
Webcasts
Fintech at SaaS speed: Navigating the scale & security challenge
4 Practical Tips for Building a Data Lake
More Webcasts
White Papers
The State of Zero Trust Security Strategies
The State of Malware Threats
More White Papers
Reports
The State of Malware Threats
Gartner Market Guide for Insider Risk Management Solutions
More Reports

@Broadway0474- Ha! I wondered when someone would start the "I don't like x" conversation and someone would defend x. I agree about jazz being a lot of things. I got into jazz through big band 30's and 40's music. Actually i got into it probably the way most people my age did-- through liking the Christmas music of the era. And then catches some old movies and eventually I just started digging the music. It was the gateway into other forms of jazz.

I'm no jazz expert, but I like all forms of jazz now. My biggest problem with jazz is that it is important for me to have a singer in my music. Don't know why. but i don't like instrumental music. So for me, that shuts down some of the most famous jazz recordings in the world. But there's a enough jazz with vocalists out there to keep me busy.

@GAProgrammer- As far as I'm concerned everyone who reads IWeek is a special snowflake. :)
Reply  |  Post Message  |  Messages List  |  Start a Board

@asksqn- i agree that this test is useless. I think, however, unlike some of the perosnality quizes, cloud music streaming services might give us a chance to actually "solve" this one to a certain extent.
Reply  |  Post Message  |  Messages List  |  Start a Board

@impactnow- I suppose it is possible but since this was a volunteer test, hopefully people didn't game it the way they might a "which Spice Girl are you" online quiz. But maybe they did. i'm Baby Spice, by the way.
Reply  |  Post Message  |  Messages List  |  Start a Board

I have read about employees who try to game those personality tests that may be true of this one as well. Once someone understands the mechanics it can most likely be gamed.
Reply  |  Post Message  |  Messages List  |  Start a Board

I agree the decisions can very well be based on specific times and specific moods but that said it is an interesting way of determining someone's tendencies . I think they would have to be a rather large sample size to determine if it is the overall classification or if there's a primary and secondary classification.
Reply  |  Post Message  |  Messages List  |  Start a Board

@dried_squid- that's the real goal is to get people thinking. Glad it worked. But you're right, I think a range of tastes might show more. This guy has all Metallica in his music collection and nothing else and that guy has Metallica and Bach and Dolly Parton. what does that say about each other them? I don't know. But it must say something.
Reply  |  Post Message  |  Messages List  |  Start a Board

@sachinee- I'm sure we're fairly close to that. I remember a now defunct music service called Rhapsody that I really enjoyed because it allowed me to rate music from 1 to 100 and it would weight how often songds were played by the scores (1 to 5 stars isn't enough for me), and once you got that thing dialed in, I swear it could read your mind on what you wanted to hear.

I think the real thing holding that back is royalty rates. If you use a streaming service like Pandora or Spotify, I'm pretty sure their shuffle is based partially on the rates they pay various artists. I see thumped up songs get played constantly while others rarely come up.

@dmason361- Glad you enjoyed it. I try to give everyone a fun read every Friday. Maybe the fact that you enjoyed all the music is a sign that you are right that the study is a bit flawed. I think we can get more detailed with this without working too hard. That's what big data is for.
Reply  |  Post Message  |  Messages List  |  Start a Board

@wolfram- Well, I don't think we're categorizing everything for the sake of it. We're trying to learn what makes people be the people they are. Learning how people and brains work seems like a good idea to me. Though I agree that paying too much attention to it takes away soem of the romance.
Reply  |  Post Message  |  Messages List  |  Start a Board
InformationWeek Is Getting an Upgrade!