The US of 2015 needs software developers the way the US of 1958 needed assembly line workers. Turning young people, veterans, and displaced workers into programmers is the goal of the TechHire initiative, announced by President Barack Obama in remarks given at the National League of Cities on Monday.

In a fact sheet distributed by the White House, TechHire is described as:

... a bold multi-sector effort and call to action to empower Americans with the skills they need, through universities and community colleges but also nontraditional approaches like "coding boot camps," and high-quality online courses that can rapidly train workers for a well-paying job, often in just a few months.

In order to empower those Americans, TechHire will work with existing community-based programs rather than build a new Federal training program from the ground up.

One of the programs TechHire will include is Code Louisville in Louisville, Ken. Michael Gritton is executive director of KentuckianaWorks, the Workforce Investment Board for the Greater Louisville region. He oversees programs based on, and making use of, many different federal and private grants. Gritton said that the attention stemming from an announcement like the President's can be very useful when building support for technical programs. "It's always a fantastic thing when the President highlights what you're doing. Our local leaders like to know that the President is paying attention," Gritton said in an interview with InformationWeek.

In addition, Gritton pointed to other significant benefits TechHire can bring to programs like Code Louisville. "[The White House is] creating a learning community of places who are trying to figure this out. We can learn from one another and steal the best ideas, just as other places are stealing from us," he said. As evidence of the opportunities presented by the "learning community," Gritton spoke of meeting representatives from Dev Bootcamp at a White House event. The attention provided by the initiative gave the Louisville organization substantially more credibility when talking with the Dev Bootcamp representatives about the possibility of working together.

[ Is the IT industry ready for code-school graduates? Read Code Schools: Right Path For Professional Programmers? ]

That collaboration is important because Dev Bootcamp has built programs for educating coders without requiring a four-year college education. "Not everyone is cut out or able to go to a traditional college, and the TechHire initiative highlights the fact that there are alternatives to developing those skills," said Hilary Wells, senior director of marketing for Dev Bootcamp. "Now, there's a national lens on the needs of people with specific technical skills developed in a relatively short period of time."

Rapid skills development is an explicit part of the structure and goals of the initiative. While agreeing that the university path is not for everyone, both Wells and Gritton are careful neither to downplay the importance of traditional four-year programs nor imply that code schools create substandard technical employees. "I don't think the two paths are mutually exclusive. I think it depends on the role the person wants to play and the company," Wells said. "We see a lot of people with an undergraduate degree, but it might not have been in computer science. They might be looking to change careers or augment the skills they learned in college with technical skills."

According to Gritton, "This is not a second-class citizen sort of effort at all. We're trying to fill the need for entry-level coders because companies need those levels. Once [the coders] get into the companies, the sky's the limit because the good people will rise." That's the theory, at least. Like so much in the "New Economy," TechHire is a mix of hope and experience. 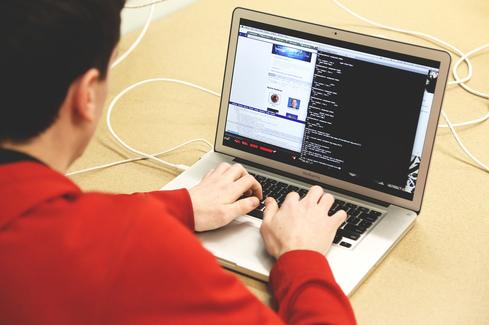 "It's not clear that the boot camp efforts will scale. We don't know if we're going to educate and place enough people through this program, but it's our best theory," Gritton said. "Company leaders tell us that they need people with these skills at this skill level."

Curtis Franklin Jr. is Senior Analyst at Omdia, focusing on enterprise security management. Curtis has been writing about technologies and products in computing and networking since the early 1980s. He has been on staff and contributed to technology-industry publications ... View Full Bio
We welcome your comments on this topic on our social media channels, or [contact us directly] with questions about the site.
Comment  |
Email This  |
Print  |
RSS
More Insights
Webcasts
Bolstering Your Enterprise Cyber Risk Assessment
4 Practical Tips for Building a Data Lake
More Webcasts
White Papers
The State of Zero-trust Security Strategies
2021 Digital Transformation Report
More White Papers
Reports
A Decade of Passive DNS
Cloud Misconfiguration Mayhem
More Reports

The points made about a four-year degree versus a code school not being mutually excluive choices is an important one. The important thing to note here is that there is no one-size-fits-all education formula.

My question, though, is whether most hiring managers agree on this point, or whether there continues to be hiring favor shown to coders who enter the market with a four-year collegge degree under their belts.
Reply  |  Post Message  |  Messages List  |  Start a Board
InformationWeek Is Getting an Upgrade!