Why Your Office Is Freezing In The Summer - InformationWeek

0%
Tweet
Why do you need a sweater in the office in the summer? Because we're cooling it based on a formula that dates back to when the Beatles were still together.

Every office has at least a few people who huddle under a sweater in the middle of summer. I'll wager most of those people are women. Not because I think women are weak and men are strong. But because of a sexist assumption made more than 50 years ago. According to a paper appearing in Nature, we've built office climate controls to favor the metabolism of men.

We've set "room temperature" in our minds as 72 degrees Fahrenheit, because a study done in the 1960s showed the average office worker was a 40-year-old man weighing 154 lbs. In other words, we've been cooling our offices like an episode of Mad Men. 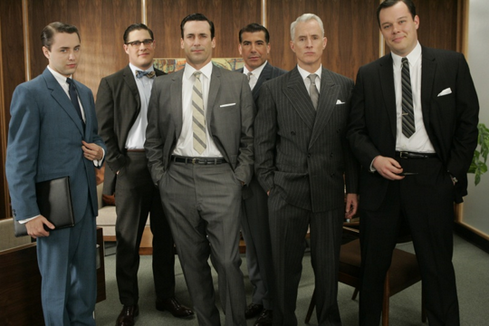 Notice something about that picture? Well, for one, men wore suits and ties in the office. They were a tad warmer than business casual today. In real life, working women of the era probably did not wear the miniskirts and low-cut shirts we see on TV. Instead, they wore business attire that had more layers and was made of heavier materials than we're accustomed to today.

Besides that, the average weight in America for men these days isn't 154 lbs but 195 lbs. In other words, we're older, heavier, and most importantly, we actually let women work in an office (gasp!). Why are we still cooling a building based on this formula?

Turns out, because of their metabolism and general size, women prefer rooms at 78 degrees. Men, even if you account for various changes in body types, like it much cooler. By ignoring the needs and desires of women, we are making quite a few mistakes.

For one, we're making half our workforce unhappy because of norms created in a more sexist time.

We're also wasting a lot of energy, and hurting our environment.

It gets much worse in data centers. The average data center temperature is set between 68 and 72 degrees, even colder than the office. I'm only partially joking when I wonder if this is the real reason there are so few women in IT. Despite calls from Sun, Google, and others to allow the data center to get warmer, for the most part we're still chilling our data centers like Santa's workshop.

But the average data center can save 4% on energy costs for every degree of temperature increase. The dollar value of energy savings for offices would be a little lower, depending on size, but the savings would still be very real.

While office temperature has never been a major skirmish in the battle of the sexes, it might be time to call a thermostat truce and meet somewhere in the middle. Raising the thermostat in the office would make half your staff more comfortable without hurting the other half, save your company money, and help the environment. It is time to rethink room temperature for the post-Mad Men generation.

If lowering the thermostat isn't an option, here are some other things to consider. For reasons no one understands, married women don't mind the cold as much. Shorter people also do better because their blood doesn't travel as far to the extremities. Red heads, for some reason, handle discomfort and pain better. So if you can't handle the thermostat change, I suggest hiring only short, married women with red hair. How's that for a Man Men-style solution?

What do you think? Do you tend to be cold in the office? Could everyone stand having the thermostat raised a few degrees during the dog days of summer? Tell me in the comments section below.

David has been writing on business and technology for over 10 years and was most recently Managing Editor at Enterpriseefficiency.com. Before that he was an Assistant Editor at MIT Sloan Management Review, where he covered a wide range of business topics including IT, ... View Full Bio
We welcome your comments on this topic on our social media channels, or [contact us directly] with questions about the site.
Comment  |
Email This  |
Print  |
RSS
More Insights
Webcasts
SecDevOps: Tying Security to Your Application Development Processes
Using Artificial Intelligence, Deep Learning and Machine Learning for Cyber Defense
More Webcasts
White Papers
Winning at Cyberrisk Management
Human Layer Security for Dummies
More White Papers
Reports
The ROI Of SD-WAN: Not Just A Numbers Game
IDC MarketScape: Worldwide Managed Security Services 2020 Vendor Assessment
More Reports

Apparently this so-called 'study' was a non-scientific survey of like 16 women in Sweden or Denmark.... hidden behind a $100+ pay-wall.

Basically, baloney for news-fodder where few are going to check the original source to see the details.

But, that's pretty much the norm these days for un-checked sources, or outright propaganda we get each day through the main news media streams.
Reply  |  Post Message  |  Messages List  |  Start a Board

The author says that turning up the temparate is not hurting half of the office which is just not true.  So, what are the people who want it cooler supposed to do....sweat in the 78 degree sauna all day long?  You can't do much to get cooler in the office and I could not wear a tshirt and shorts to work anyway.  If you are cold, then you need to wear warm clothes to work and keep a sweater at your desk.  You can get warmer by dressing approrpriately but the reverse is not true.  In addition the heat makes people drowsy and reduces productivity and at least for me, a hot office gives me a headache.  I should not be forced to get a headache every day at work just so someone can wear a sleeveless blouse or dress and short skirt and no hose and be warm.
Reply  |  Post Message  |  Messages List  |  Start a Board

What really is missing in offices are windows that can be opened and real roofs and decent insulation. The flat roof glass fassade boxes that are so common.
Reply  |  Post Message  |  Messages List  |  Start a Board

Maybe it's because I grew-up in Wisconsin and now live in Canada, but that 78F number that women are supposed to be comfortable at doesn't match any empiracle data I've witnessed. I'd say it's more like 70-74 and the problem is that a lot of AC systems in commercial buildings run more like 66-68, often with spots where the AC is far colder than that and blasting on some poor soul.
Reply  |  Post Message  |  Messages List  |  Start a Board

No kidding, our HVAC systems are simply archaic considering the concern for saving energy. I guess they are fairly hard to fix though, once built... but you'd think we'd at least be doing a better job on new construction.
Reply  |  Post Message  |  Messages List  |  Start a Board

There are such huge savings  to made from chilling data centres and offices in smarter ways. The use of the spare heat energy to warm our homes is a great initiative, but would require some significant rethinking in the way they are constructed.

Still it's been good to see Facebook leading the way with its more natural cooling mechanisms.

More importantly though, with the huge energy demands of cooling in the US, we could go a lot way to improve how green we are as a species if we could simply cut back on that aspect of our energy usage.
Reply  |  Post Message  |  Messages List  |  Start a Board

What I'm saying here I learned from experience, and I don't know if it applies to data centers, but perhaps someone does. Probably does?

there was nothing better for me than an ice cold machine room in summer. It took my allergies away. Clean, cold air. I moved my office from the better temp regulated computer center to the machine room for the duration, more or less.
Reply  |  Post Message  |  Messages List  |  Start a Board

During one of my internships I sat right under an air vent and used to joke about bringing a Snuggie to work. Now our office is still cold but far from Arctic :) Still wouldn't hate it if we rose the temperature a few degrees...
Reply  |  Post Message  |  Messages List  |  Start a Board
Editors' Choice
Hot Topics