Will Our Love Of 'Imperfect' Robots Harm Us? - InformationWeek

Flawed robots make people more comfortable in certain settings, which is fine. But what happens when we need robots to be perfect? 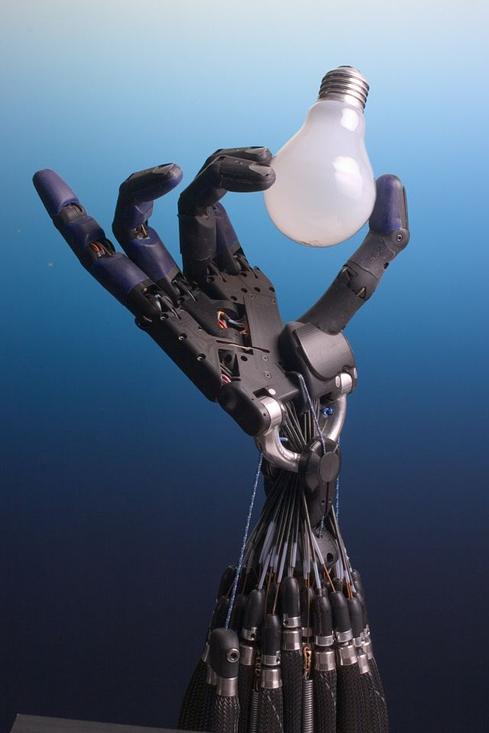 We are drawn to robots that have the same kind of cognitive biases and flaws that we do, according to a report from researchers at the University of Lincoln in the UK. Because of this, we may need to consider making robots less perfect in order to build positive, long-term relationships between humans and robots.

This is an especially important finding considering Gartner recently predicted that by the end of 2018, 3 million people worldwide will have a robot for a boss. If we will soon be interacting with robots at work, even having some of them ordering us around, is it a good idea to make them less perfect to make us comfortable?

The University of Lincoln researchers, who presented their findings at the International Conference on Intelligent Robots and Systems (IROS) conference in Hamburg earlier this month, didn't tackle that specific question. Instead, they focused on robots used in education for children on the autism spectrum and those that support caregivers for the elderly.

The researchers introduced the cognitive biases of forgetfulness and "empathy gap" into two different robots: the ERWIN (Emotional Robot with Intelligent Network), which can express five basic emotions, and the small yellow robot toy Keepon that's been used to study child social development. In both instances, half the interactions with these robots included cognitive biases and half of them did not.

Overwhelmingly, human subjects said they enjoyed a more meaningful interaction with the robots when machines made mistakes. 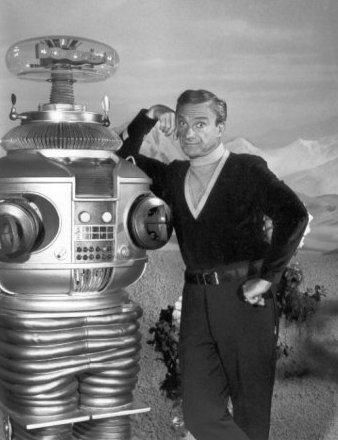 "The cognitive biases we introduced led to a more humanlike interaction process," Mriganka Biswas, the lead researcher explained in a press release. "We monitored how the participants responded to the robots and overwhelmingly found that they paid attention for longer and actually enjoyed the fact that a robot could make common mistakes, forget facts and express more extreme emotions, just as humans can."

He went on to say something a little more controversial, in my mind: "As long as a robot can show imperfections which are similar to those of humans during their interactions, we are confident that long-term human-robot relations can be developed."

Granted, this study was on children and the elderly. The needs of these groups are clearly different from those of people in an office setting. At the same time, the notion that humans enjoy seeing flaws and biases in robots because it makes them seem more like us is worrisome.

Some humans have a bias toward racism. No doubt a racist robot would be pleasing to those people. Sure, that's an extreme example. Cognitive biases take all forms, but we try to train ourselves out of as many as possible in a business setting. For instance, many people have decision-making cognitive biases like those that cause us to go with heuristic shortcuts (or gut feelings) that lead to fast, but not always accurate, decisions. Do we want robots that shoot from the hip (or look like they do)? Aren't we trying to run data-driven businesses?

For most people, exposure to robots has been limited to science fiction. We're willing to accept the android Lieutenant Commander Data from Star Trek, because he has no emotions. We're OK with him remembering everything and being faster and stronger because he's lacking something essentially human. We can handle C-3PO from the Star Wars movie franchise, because he's a coward and a bumbling fool, even though he is fluent in more than 6 million forms of communication and can calculate probability faster than humans. These flaws allow us to accept our weaknesses in front of machines that are potentially superior to us.

What happens in a business setting? Do we keep the flaws in robots to make people happy or do we learn to accept our own inadequacies in the name of better business? We're not there yet. Robots aren't superior to humans.

But if Gartner is right, it isn't long until a robot gives you an order. Will you trust the order? Will you take its judgment over your own? Will it need to pretend to forget things just so you can accept its orders? Long before we have to worry about robots being our new masters, we need to think about how we will work together, side-by-side with companion robots. Daryl Plummer, a Gartner vice president and Fellow said, "In the next few years, relationships between people and machines will go from cooperative, to co-dependent to competitive."

David has been writing on business and technology for over 10 years and was most recently Managing Editor at Enterpriseefficiency.com. Before that he was an Assistant Editor at MIT Sloan Management Review, where he covered a wide range of business topics including IT, ... View Full Bio
We welcome your comments on this topic on our social media channels, or [contact us directly] with questions about the site.
Comment  |
Email This  |
Print  |
RSS
More Insights
Webcasts
Fact or Fiction? The Truth About Cloud Native Security
Leveraging Infrastructure as Code to Streamline Security & Operations
More Webcasts
White Papers
Gorilla Guide Extended Detection and Response
Ransomware, the Exploding Cyber Threat
More White Papers
Reports
2021 Digital Transformation Report
Are We Cyber-Resilient? The Key Question Every Organization Must Answer
More Reports

@technocrait- There is a potential upside. A robot can be trained to think "humans should only work 40 hours." A human manager might say, "why are these people leaving? They're weak."

A robot manager won't see you with bias if you work within its expectations. A robot manager will see your work for what it really is and won't dislike it because they don't like the joke you made about their haircut last week.

A robot manager can be taught to treat each person with respect.

The interesting thing is that we might program our better natures into our robots than we do real people.
Reply  |  Post Message  |  Messages List  |  Start a Board

@pedrogonzlez- It isn't about that kind of perfection. Sure, robots will malfunction. But it is about known human biases. We know, for the sake of our brains we take shortcuts in our thinking. We can only juggle so much informaiton. We can only include so much data in our thinking. This saves energy and for the most part, it works for people. Think of it like "just good enough" product creation.

Humans can untrain themselves from these biases in short bursts and think very deeply, but for most functions it isn't necessary.

think about it this way: If i asked you to pick between two cars you were thinking of buying, what kind of informaiton would you look at? You might look at price, the color, the size of the seats. Research says you'd also look for the cupholders. You'd see how comfortable it was. You'd basically pick 8 or 10 things that were important to you in a car.

What would happen if I knew you were buying a car and dumped all that informaiton on you plus the blueprints of the car, the names of the people who designed it, the names of the facotiry workers, the detailed specs of the factory machines that built it, the moleclar structure of the paint on the car, the source code for the infotainment system, etc, etc, etc. You would likely ignore this information. It would be too much for your brain to handle.

It would not be too much at all for an AI to handle. But if a robot said to you, "don't buy car A, because I saw a flaw in the molecular structure of the pain" you'd laugh at it. That's the kind of imperfection/perfection we're taking about.
Reply  |  Post Message  |  Messages List  |  Start a Board

@michelle- I don't know. I'm still wiating of rmost people to be programmed with compassion. :)
Reply  |  Post Message  |  Messages List  |  Start a Board
InformationWeek Is Getting an Upgrade!

Seeking a Competitive Edge vs. Chasing Savings in the Cloud Joao-Pierre S. Ruth, Senior Writer,  7/19/2021
White Papers
Integration Platform as a Service for Order Management Systems: Why Should You Care?
Gorilla Guide Extended Detection and Response
Case Study: What Elite Threat Hunters See That Others Miss
Privileged Account Management for Dummies
How Secure Are Your Endpoints?