Companies with more women in executive positions correlated with increased profitability, according to a new study.

Increasing gender diversity in technology companies has been considered an ongoing challenge by many, and now a recent study by the Peterson Institute for International Economics and sponsored by EY (formerly Ernst and Young) shows that it isn't just a social justice issue, but a matter of economics. The study found that companies with women in executive leadership roles can see substantially better profits, and offered some insight into a few practical ways that tech companies and CIOs can improve gender diversity to see increased performance.

The study looked at 21,980 publicly traded companies from 91 different countries in 2014 to determine the number of women in CEO roles, C-level positions, and on the board of directors. It found that across the study, nearly 60% of companies had no female board members, and nearly 50% had no female executives. Fewer than 5% had female CEOs. It also found that tech companies had one of the lowest rates of female executives by industry, with only energy and industrial companies having a lower rates.

The study found no statistical evidence of female CEOs performing better or worse than male CEOs, and it only found minor connections between female board members and better performance. However, the study found very robust connections between female executives and profitability. It found that for profitable firms, going from no female leaders to 30% was associated with a 15% rise in profitability. 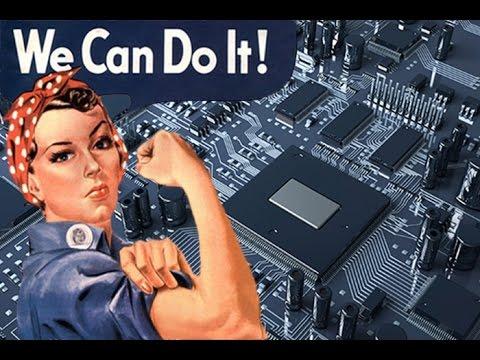 The study did not attempt to explain why companies with women in executive positions correlated with increased profitability, but the authors suggested that it was possible that bringing a broader range of skills leads to better performance. The authors also wrote of a "pipeline effect" where women in leadership roles attract and inspire women to eventually perform similar roles.

That pipeline effect is one of the reasons why Noland said he believes that the study can be extrapolated to the CIO level as well. While the study could not drill down below the C-level, Noland said that CIOs would get better-performing IT departments if they were more gender diverse. "What we've captured is the tip of the iceberg," Noland said, "because this is what the data permits."

Noland said he hopes to get more funding to study the data set over more years (both back in time and in the future), and to drill down deeper to see the value of more women in middle management.

[Want to find a company that already respects women? Try these. See 10 Trailblazing Companies for Women.]

One other important finding from the study was very eye-opening. It found that paternity -- not maternity -- leave strongly correlated with the female share of board seats. "It makes sense when you think about it," Noland said. "If you give men the chance to take part in raising children, women don't take on as much of the double burden of raising children and having a career."

Any company or leader that can help men become a part of the childcare process will help its female employees succeed. Noland was quick to point out that the study was on a global scale, so some of these issues require large-scale institutional or cultural changes to have a deep impact.

Finally, Noland gave a suggestion that did not come directly from the study, but might have a positive effect in tech companies and IT departments. He suggested adopting something that is known in the NFL as the "Rooney Rule." Noland pointed out that in the NFL, all teams must interview at least one minority candidate for every head coaching vacancy.

Noland said that even if a majority candidate is ultimately hired for the job, the interview often gets candidates on the radar for other positions. It also gives them practice and exposure to higher interviewing processes that might ready them for the next position. The NFL has recently expanded their Rooney Rule policy to require that women be interviewed for team executive positions.

However you bring more women into leadership roles in tech companies and IT departments, it is clear there is an economic incentive to do so. Bigger profits and broader skill sets are something you can't afford to ignore.

David has been writing on business and technology for over 10 years and was most recently Managing Editor at Enterpriseefficiency.com. Before that he was an Assistant Editor at MIT Sloan Management Review, where he covered a wide range of business topics including IT, ... View Full Bio
We welcome your comments on this topic on our social media channels, or [contact us directly] with questions about the site.
Comment  |
Email This  |
Print  |
RSS
More Insights
Webcasts
Fintech at SaaS speed: Navigating the scale & security challenge
4 Practical Tips for Building a Data Lake
More Webcasts
White Papers
The State of Zero Trust Security Strategies
Must-Read Research: Why Sustainable 5G Networks are a 150-Year-Old Problem
More White Papers
Reports
Future Proofing Your Network for 5G
2021 Digital Transformation Report
More Reports

@Broadway- Right. I'm not sure why that happened. It is obviously out of the scope of the study to break it down by country. Perhaps it is strange echo from World War II since Japan and Germany both have this problem? That's total speculation, but perhaps the social and economic realities that allowed women into the workforce were different back that far and we still see it today? Or maybe I just picked up on a coincidence.
Reply  |  Post Message  |  Messages List  |  Start a Board

@jastroff- There is always more work to do. The authors hope to broaden the study and hope to track change over time. That would hopefully lead to more cause and effect answers. The current scope of the study is just not broad enough for that.
Reply  |  Post Message  |  Messages List  |  Start a Board

@Broadway- Well, it depends on how you measure progress. The US is well behind most European countries in terms of female executives and board memebers. Though there exceptions (Germany, for example).

When compared outside of Europe, the US is better, but not as good as you'd think. Japan is probably the worst when it comes to female executives and board members. It is so bad there that they have mad "womenomics" a part of theit economic strategy. They are making active efforts to encourage more female leadership.

But really, if you check out some of the charts in the paper attached you can see our numbers really aren't impressive globally.
Reply  |  Post Message  |  Messages List  |  Start a Board

@Broadway yes, that's exactly what I thought. I recall my aunt telling me that back in the 60s or so they officially justified paying women less than men for the same job because "men have to support their families." She wasn't working just for something to do and also had children to support (having been widowed at a very young age). But that was the climate then. You'd expect we should have made a lot more progress in half a century!
Reply  |  Post Message  |  Messages List  |  Start a Board

@impactnow Indeed. It made the news that Intel was able to say that it has no pay gap between men and women at the same jobs in 2016!
Reply  |  Post Message  |  Messages List  |  Start a Board

Ariella sad but very true there are still different rules for men and women and different criteria for pay and promotion. Unfortunately, we need to see some change in though processes to see the equality gap change for women.
Reply  |  Post Message  |  Messages List  |  Start a Board

My guess is that women know they are under extra scrutiny in leadership positions and have to do more to prove themselves. That's not to say that men don't want to do well, too. But they're not likely to hear a putdown that equates poor performance with their gender.
Reply  |  Post Message  |  Messages List  |  Start a Board
InformationWeek Is Getting an Upgrade!

IT Leadership: 10 Ways to Unleash Enterprise Innovation Lisa Morgan, Freelance Writer,  6/8/2021
White Papers
4 Key Elements of an ML-Powered NGFW: How Machine Learning is Disrupting Security
Why You're Wrong About Operationalizing AI
Research from STL Partners and Vertiv Reveals Why Telcos Should Prioritize Efficiency and Sustainability in 5G Network
Future Proofing Your Network for 5G
Cloud Security Blueprint: Architectures and Solutions