Female tech execs discuss the obstacles facing women in technology and what they're doing to bridge the gender gap.

At a recent tech conference (this year’s Interop Las Vegas, in fact), one attendee jokingly observed technology conventions are the only places on Earth where the queue for the men's bathroom surpasses that of the women's.

The same week, Walmart CIO Karenann Terrell participated in a Q&A session with InformationWeek. In addressing questions from the audience, Terrell eloquently answered a slew of deep-voiced inquiries before posing one of her own: Why were none of the women in the room speaking up?

Following the session, I thought about Terrell's question and reflected on the events I've attended throughout my career. The answer seems simple: Women aren't asking questions because they aren't in the room.

Addressing that answer, however, is complicated.

[ Looking for inspiration? Read: 5 Influential Women in UK IT. ]

The lack of gender balance in the tech field is no secret. Women hold 47% of all jobs, according to data from the US Bureau of Labor Statistics, but just 25.6% of computer and mathematical occupations. In the UK, female technologists are leaving the field in droves. Less than a quarter of UK IT employees are women, down from 33% 10 years ago.

"If you look at the pipeline from elementary school up through board of directors, we could lose -- and we are losing -- a lot of girls," said Cheemin Bo-Linn, president and CEO of Peritus Partners and recent inductee into the Women in Technology International (WITI) Hall of Fame. "Qualified women are underrepresented."

Few women follow a career path into technology, and those who do aren't likely to stay long. Where are the roadblocks, and what can be done about them?

Bias And The Confidence Gap

Part of the problem lies at the educational level, despite data showing overall female progress in academia. In 2012, women accounted for 57% of undergraduate degree recipients, as indicated in research from the National Center for Women & Information Technology (NCWIT). 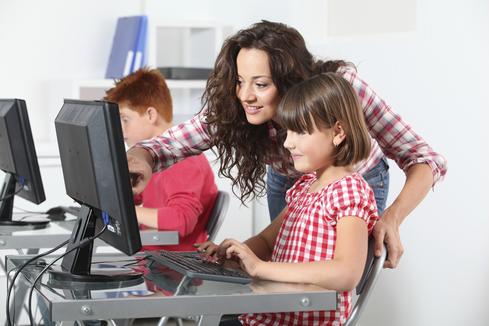 This is a milestone for women overall, but not for women in IT. The same year, just 18% of degree recipients in computer and information science were women. Compare that to 1985, when women accounted for almost 40% of computer science graduates. Between 2000 and 2012, the number of first-year undergraduate women interested in pursuing computer science degrees declined 64%.

Computer science curricula is challenging and robust, made even more difficult because of a bias that affects female students who, over time, see themselves as less capable than their male peers.

"Despite resources devoted to encouraging women to enter computer-related fields, college-level computer science education continues to be an isolating, and at times, demoralizing experience for many of country's top female students," writes Pooja Sankar, CEO and founder of Piazza, in Fortune.

A broad pool of research supports the reality of the confidence gap and the truth of women underestimating themselves. Women are more likely to ask questions than males, but less likely to answer them, and women prefer to answer anonymously. When they do speak up, they talk less than their male peers -- perhaps because they're also more likely to be interrupted.

Women In The IT Workforce

The gender gap follows women outside the halls of higher education. Those who enter the IT workforce are unlikely to stay there. Untraditional, demanding schedules and lack of support often cause women to leave technology before they can advance within the field.

This is more than observation; it's fact. Almost three quarters (74%) of graduates with bachelor's degrees in STEM (science, technology, engineering, and math) fields are not employed in STEM occupations, reports the US Census Bureau. Of those who stay in the industry, men account for 74% of computer science professionals and 86% of engineers.

"One of the biggest roadblocks is not about entering the field," said Amy Doherty, acting CIO at AARP. "It's about staying in."

Marie Wieck, GM of IBM Middleware and a recent inductee into the Women in Technology International Hall of Fame, said in an interview with InformationWeek: "My point of view is that it isn't a women's issue, it's a workplace issue. We need to get it to the level of an organizational issue, with men driving the change." As a mother of two daughters -- one with medical issues requiring repeated surgeries and physical therapies -- and a caretaker to her elderly in-laws that live with the family, Wieck understands the importance of work-life balance. and piloted an executive part-time program which became a standard IBM employee benefit, as well as co-chairing IBM's Global Work/Life Council.

Wieck leads more than 10,000 IT professionals at IBM. She mentors women executives as co-chair of the National Association of Female Executives Roundtable, which is

Page 2: How women are changing their companies.

Additional reporting for this article was provided by Susan Nunziata.

As a woman with a STEM degree, my barrier to staying in the field was less about any sexist environment (though I do remember some comments from both women and men during schooling) and more about money and time. As a technician I worked whatever hours needed from Christmas to fourth of July. I earned so little my state gave me my taxes back. No one higher up left so no one could advance. Every year there was a meeting explaining why no one was getting raises. So I got out of STEM and used my knowledge to start writing training content. I got higher pay, better hours, and more flexibility when I had a family. If you want women in tech, pay them and offer solutions so they can have a life outside work as well.
Reply  |  Post Message  |  Messages List  |  Start a Board

Actually, the Women in tech topic is pretty hot today, I'd say, as I've seen numerous publications across different digital editions (and even in diffrerent languages) dedicated to this issue. But I'm a bit surprised that this topic has been brought up only now. In our company called StaffYourTeam we have women among our dedicated developers for quite some time and I can't say that it has been something out of line. While it's true, that their number hasn't been large, I'd still say that I'm used to this fact. And yes, I'm talking about women developers, not in HR department :)
Reply  |  Post Message  |  Messages List  |  Start a Board
Editors' Choice
Hot Topics