Steve Wozniack, inventor of the Apple I and a tech icon, spoke about what drives him to innovate, and it's not money.

AUSTIN, Texas — The creator of the Apple I, the first Apple personal computer,  spoke about the past, present, and future of innovation during his keynote at the Freescale Technology Forum 2015 here on Tuesday, June 23. Says Wozniak, innovators today have the wrong motivation -- to make money -- whereas in his day innovation was something he did because there were no affordable electronics to use at home for fun.

"I was working with calculators at Hewlett Packard, using RPN [reverse-Polish-notation], which meant you had to be smart already to be able to use them," Wozniak told his audience during his keynote at FTF. 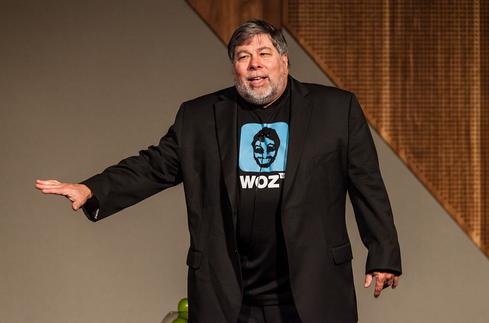 Computers in those days were likely mainframes, or they were programmed in binary with switches on the front of them. The storage drives for input/output (I/O) data cost as much as two cars, according to Woz. So he set out to design his own I/O that first used inexpensive audio cassette tapes encoded with tone from a modem, and eventually floppy disks.

Read the rest of the story on EE Times.

We welcome your comments on this topic on our social media channels, or [contact us directly] with questions about the site.
Comment  |
Email This  |
Print  |
RSS
More Insights
Webcasts
Hybrid Cloud: The Great Balancing Act
Nip Ransomware in the FUD: Detecting Attacks Pre-Encryption
More Webcasts
White Papers
iPaaS Intrigue: A Faster Path to Digital Transformation
How Secure Are Your Endpoints?
More White Papers
Reports
The Malware Threat Landscape
Special Report: Edge Computing: An IT Platform for the New Enterprise
More Reports

Stratustician, it would be interesting to analyze the top selling apps over the last couple of years. Do they provide tangible benefits, or are the majority of them mindless games or other doodads? Tangible benefits can pay well to developers and their investors, but don't expect idiocy that pays well to go away anytime soon.
Reply  |  Post Message  |  Messages List  |  Start a Board

@daniel Exactly. Not every app is going to make a million dollars and yet developers are mining through different projects this is creating problemsin the long run. when developers run out of ideas they also run out of business strategies and that is why developing and fundingis a risky business
Reply  |  Post Message  |  Messages List  |  Start a Board

@stratustician I agree as well but like I said in order to change that mindset you need to change a very large part of business. Most developers are focussing on quick buck projects because money is what they are after.
Reply  |  Post Message  |  Messages List  |  Start a Board

I agree, but I think we are starting to get past that app bubble phase where everyone was seeming to develop an app simply because they think it's an easy way to make money.  The next generation of app developers really need to look at the industry and the market outside tech and hopefully come up with new projects that can better humanity as a whole, as opposed to make a quick dollar.  This is where funding should focus, help the next generation of app developers to work on creating things that provide tangible benefits to the market and users, not created for the sole purpose of making the developers rich.
Reply  |  Post Message  |  Messages List  |  Start a Board

Not every app is going to make a million dollars.

But every app can offer a new and innovative experience for users. I think this is what entrepreneurs should focus on. Provide a unique experience, create a unique business.
Reply  |  Post Message  |  Messages List  |  Start a Board

Right now the trend is "make an app be a millionaire". And since the market isn't providing the infrastructure for further study most people aren't pursuing post graduate courses.
Reply  |  Post Message  |  Messages List  |  Start a Board
Editors' Choice
Hot Topics