SEARCH
A minimum of 3 characters are required to be typed in the search bar in order to perform a search.
Announcements
Event
Discover the latest in hybrid work trends, including new technologies - Learn more at Interop.com!
Event
SupportWorld Live: May 15-20, 2022 | MGM Grand, Las Vegas, NV
PreviousNext
IT Strategy
4 min read
article

A SaaS trailblazer, a REST activist, a firewall revisionist, even a president will all shape technology in the coming year.
InformationWeek Staff
Contributor
January 16, 2009
George Socha
E-Discovery Organized 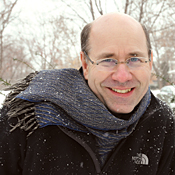 E-discovery is complex. Even under the best of circumstances, it's fraught with technological and legal booby traps that can snare a company's IT and legal teams. Toss in vendors' many e-discovery "solutions," and there's room for a lot of confusion.

In an attempt to clarify that muddle, lawyer and consultant George Socha created the Electronic Discovery Reference Model. It diagrams specific steps involved with e-discovery and includes 12,000 pages of documentation that outline requirements for each step. The model provides a framework to help IT and legal teams communicate with each other on what needs to be accomplished. It also helps them vet vendor offerings.

Socha, who started the EDRM project in May 2005 with Tom Gelbman, couldn't find an organization that would house and promote the model to his satisfaction, so he created his own. He also invited others to join the effort.

EDRM caught on for three reasons. The first was timing: In 2005, the rules that govern federal civil lawsuits were updated to clarify the role of electronic information, giving judges more leverage to fine, sanction, and rule against litigants who failed to meet the e-discovery rules. Second is the model's utility: EDRM provides a simple map of a complex terrain--something that hadn't existed before. Third, Socha and Gelbman made the model and its underlying documentation freely available under a Creative Commons license, which helped it spread.

Today, EDRM projects include an XML schema to move electronic information among third-party e-discovery apps, a body of data that search and analysis tools can be tested against, and a project to create guidelines and protocols for conducting e-discovery searches.

While Socha can be credited with creating EDRM and bringing a measure of order to e-discovery chaos, the model's future belongs to the group he's mobilized behind it. Without them, he says, "EDRM simply would not be possible." 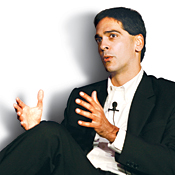 Chiquita Brands CIO Manjit Singh is convinced that the cloud is computing's next big movement. And he's not just predicting it, he's already going there.

In September, Chiquita signed a deal for its 26,000 workers to use on-demand human capital management apps from software-as-a-service provider Workday. That deal wasn't the produce company's first leap into the cloud. Since Singh joined Chiquita in April 2006, it has signed to use on-demand management software from LeanLogistics for its North American transportation operations and SaaS apps from Infor (formerly DataStream) to manage the manufacturing line assets for Chiquita's salad business.

Chiquita recently signed a licensing deal for Oracle's Hyperion business performance management tools. But if those sorts of tools had been available in a SaaS model, Singh would've jumped at the opportunity. "I would love to do more," he says. But the big-name ERP vendors continue to drag their heels on SaaS. "Some are actively fighting against this paradigm shift," he says.

Singh thinks the potential for running more critical applications on the Web is huge and the risks aren't that great. Eventually, people will realize SaaS is no more risky than having their ERP applications running in an outsourcer's data center, he says.

Singh's also sold on the cost and time savings that the on-demand model provides in getting the software rolling. Plus there's less mess with upgrades.

"If I write my contract smart, I'll only pay as I use it," he says. SaaS also avoids installation and upgrade costs, freeing up money for other investments.

Singh says he shifted all the money saved from using Workday to areas that will help grow the business, like new products, marketing, and customers. "That adds more bottom-line value," he says.