In a new deal reported in the Wall Street Journal, Lyft users could have the option of hailing an autonomous Chevy Bolt by the end of the year.

General Motors and ride-sharing startup Lyft are working to put self-driving Chevrolet Bolt cars on the road in a major city within the year, according to a May 5 report in The Wall Street Journal.

The announcement follows two strategic investments by GM. The first is a direct $500 million investment in Lyft -- a rival to Uber. The second is its March acquisition of Cruise Automation, designed to further accelerate GM's development of autonomous vehicle technology.

"We will want to vet the autonomous tech between Cruise, GM, and ourselves and slowly introduce this into markets," Lyft product director Taggart Matthiesen told the Journal.

Lyft riders will be the target of the program for the unnamed city. The Journal's sources pointed out that details of the program are still being worked out. 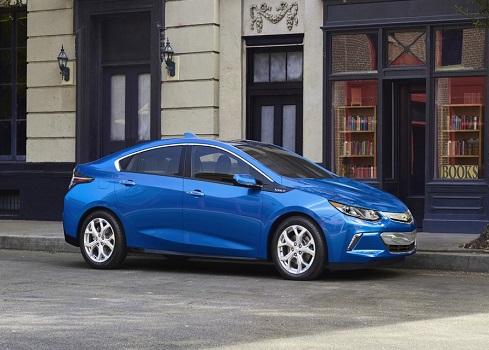 "We're still working on the technology, but I think we're in a position where we basically have a plan as to how we want to roll this out," Matthiesen said in an interview with The Detroit News. "We're trying to measure this in months, not years."

The partnership is also focused on developing an application, still in the prototype stage, that would let Lyft riders choose an autonomous vehicle and also offer riders access to GM's OnStar platform in case of trouble.

"These are things that we're going to have to think about in terms of solving that aren't going to be solved by just an app," he said. "And that's where the partnership with GM [comes in], as we go through this, it's not just about the user experiences on the app, but in the car as well."

While GM declined to offer further specifics about the burgeoning partnership with Lyft, spokesman Kevin Kelly said in an email statement to The Detroit News that the company feels the electric Bolt is an ideal ride-sharing solution.

[Read more about the partnership between Google, Ford, and Uber.]

"GM continues to make progress on our previously announced plans related to an integrated on-demand autonomous network with Lyft," Kelly wrote. "We believe electrification blends perfectly with autonomy when it comes to technology integration."

The plans speak to automakers' efforts to better compete with Silicon Valley startups like Uber and Google. The search giant already has self-driving cars on the road in the US.

Aside from the Lyft partnership and the Cruise acquisition, GM has also formed Maven, its personal mobility brand for car-sharing fleets in many US cities.

Cruise will operate as an independent unit within GM's recently formed Autonomous Vehicle Development Team, and led by Doug Parks, the company's vice president of autonomous technology and vehicle execution. His group will continue to be based in San Francisco.

The GM and Lyft partnership parallels the expansion of Google's plans for self-driving vehicles, which took a new turn this week with the announcement of a partnership with Fiat Chrysler (FCA).

Nathan Eddy is a freelance writer for InformationWeek. He has written for Popular Mechanics, Sales & Marketing Management Magazine, FierceMarkets, and CRN, among others. In 2012 he made his first documentary film, The Absent Column. He currently lives in Berlin. View Full Bio
We welcome your comments on this topic on our social media channels, or [contact us directly] with questions about the site.
Comment  |
Email This  |
Print  |
RSS
More Insights
Webcasts
The Experts Guide to Ransomware Response
Multi-Cloud Data Management for Modern Applications
More Webcasts
White Papers
The Path to Successful Hyperautomation Starts With the Help Desk
Managed Threat Detection and Response
More White Papers
Reports
2021 Application Security Statistics Report Vol.1
Accelerate Threat Resolutions with DNS
More Reports

This could actually help Lyft gain some market share over Uber; one of the biggest complaints I hear from Uber customers who try Lyft once or twice then go right back to Uber is driver (and car) quality with Lyft.
Reply  |  Post Message  |  Messages List  |  Start a Board
InformationWeek Is Getting an Upgrade!