SEARCH
A minimum of 3 characters are required to be typed in the search bar in order to perform a search.
Announcements
Alert
Got some free time? Grow your knowledge from the comfort of your computer for FREE!
Alert
Are you looking to stay on top of IT trends? Check out our FREE webinars and virtual events!
Alert
Planning for 2023? Be sure to check out our upcoming in-person events!
Report
How does your salary stack up? 2022 IT Salary Survey Results Revealed
PreviousNext
Leadership
4 MIN READ
News

In March 2012, McCormack stepped in as CIO at the DOJ, where he provides oversight of IT efforts that extend across the department's various component organizations. Before taking the DOJ job, he served for seven years as CIO at Immigration and Customs Enforcement in the Department of Homeland Security. McCormack is co-chair of the federal CIO Council's Information Security and ID Management Committee. He has private-sector experience with MCI and Ford Aerospace.

It was notable when New York Mayor Michael Bloomberg named Merchant to be city CIO in April 2012 not just because of the size and scope of the job -- he oversees the Department of IT and Telecommunications, with a staff of 1,200 -- but because Merchant wears a second hat as chief innovation officer. He's part of the city's ambitious plan to become a global tech hub by encouraging startup activity, business development and tech training.

Milholland has been instrumental in helping the IRS modernize is outdated tax-management systems. In 2012, after years of trying, the agency finally implemented a database management system called the Customer Account Database Engine 2, or CADE 2, that expedited tax processing and put more up-to-date information in the hands of the agency's call handlers. Before coming to the IRS in 2008, Milholland was a technology executive at Visa International, EDS and Boeing.

Oates has been building Boston's reputation as a "smart" city through the use of analytics software and other technologies. Projects include Citizens Connect, a mobile app that lets residents report potholes and other problems to city managers; deployment of asset management software at the Public Works Department; and an operations dashboard at the Office of Arts, Tourism and Special Events. 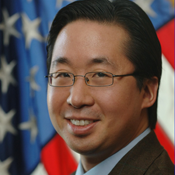 Since being appointed federal CTO in March 2012, Park has brought enthusiasm, energy and new ideas to the federal government's tech strategy and investments. Previously CTO of Health and Human Services, Park brings an entrepreneur's approach to government service, having co-founded several health IT startups. He's a vocal proponent of open government and has helped drive innovation through "health data paloozas" and the Presidential Innovation Fellows program.

A 10-year veteran of the FBI, Pender was appointed CIO in August 2012. Prior to that, he served as deputy assistant director of the agency's Criminal Justice Information Services Division, which manages both the national background check system and fingerprint identification system. The FBI has contracted with Accenture Federal Systems to modernize the National Instant Criminal Background Check System, the key platform used in firearms background checks.

As deputy CIO of Homeland Security since 2008, Graves was forced to step in as acting CIO in March 2013 when agency CIO Richard Spires took a personal leave of absence. Spires resigned in May and Graves continues to serve as deputy CIO. She manages the operations of the Office of the CIO and oversees IT architecture, infrastructure and security.

Holgate has led numerous IT projects at ATF, including mobile development and deployment, moving the agency's email system to the cloud, creating an email archive online for e-discovery and making aggregate gun-trace data available in an open format. Holgate's biggest and most important IT project is still to come: an upgrade to the agency's outdated Firearms Tracing System. 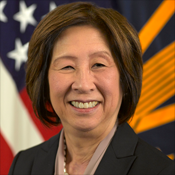 Since joining the Pentagon in 2010, Takai has launched several department-wide IT initiatives, including an enterprise IT strategy and roadmap, a 10-point modernization plan, a cloud computing strategy and a mobility strategy that makes for increased use of commercial smartphones and wireless infrastructure.

Tisinger was appointed CIO of the CIA in July 2010. She reports to CIA director John Brennan and oversees the agency's IT and information management programs. The CIO also serves as the agency's senior official for privacy matters, coordinating internal and external information-sharing policies. 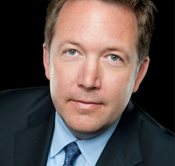 VanRoekel has been busy since stepping in as federal CIO in mid-2011, driving forward existing OMB policies such as "Cloud First" while introducing new ideas and policies of his own. Some of his biggest projects have included the government-wide Shared Services Strategy and Digital Government Strategy, both introduced in May 2012. More recently, he relaunched the government's IT portfolio management program as PortfolioStat 2.0, tying it more closely to data center consolidation efforts.