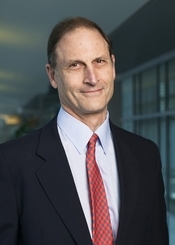 Slideshow: Who's Who In Healthcare IT

Despite eagerness to have formal recommendations in place, the government's full health IT (HIT) policy committee this week balked at a proposal for the National Health Information Network's (NHIN) governance structure, and instead asked workgroup chair John Lumpkin, MD, to flesh out some thorny details before it could formally vote on the issue.

Those thorny details revolved around a portion of the program which called for the creation of a non-government organization (NGO) that would disseminate best practices and resolve problems faster than a formal government body could.

"There is a bit of a concern that once you put those into a FACA (group formed under the Federal Advisory Committee Act), it becomes frozen. We need to have something that plays that role which has the flexibility only an NGO could have," said Lumpkin, SVP and director of the healthcare group at the Robert Wood Johnson Foundation.

Emphasizing the need for speed in absorbing market lessons and using them to tweak policy, he said, "Essentially we are putting tires on a moving vehicle."

No sooner had he presented the plan than committee members expressed discomfort with the NGO portion. Lumpkin quickly admitted it was a touchy subject. "This is the one area that led to the largest debate and discussion in the workgroup," he said, adding "there was concern about giving too much authority to a non-governmental entity to resolve disputes."

The overall proposal was based on the premise that no one will be mandated to participate in the NHIN, requiring "the establishment of incentives to vigorously promote" its use, said Lumpkin.

In terms of which entity might be selected as the NGO -- if that plan, in fact, comes to fruition -- Christine Bechtel, policy committee member and VP of the National Partnership for Women & Families, wanted to make sure all information was on the table. She said "one of the entities widely considered as a candidate is the National eHealth Collaborative," and wanted it disclosed that a number of individuals sitting on the governance workgroup have ties to that organization. (Workgroup members John Glaser, CEO of Siemens Health Services and Laura Adams, President and CEO, Rhode Island Quality Institute, also sit on NeHC's board of directors). "I want to be open and transparent about that and clear that I'm not questioning anyone's integrity," added Bechtel, "but this has raised an issue for me that I'm having trouble with."

Lumpkin responded by saying there had been, "no discussions about any particular entity playing that role," and it would be the job of the office of the national coordinator for health IT (ONC) to decide which organization was selected. "I don't think there's any clarity or direction on that." Rather than take a formal vote on the proposal in light of the obvious concern with some of its elements, national coordinator for HIT David Blumenthal, MD, suggested Lumpkin and his workgroup tweak it to address those concerns. "I don't think this discussion has gotten us to a place where the policy committee feels comfortable voting on the recommendations," he said.

Blumenthal suggested Lumpkin break the overall proposal into three or four more manageable components, along with adding details to the NGO's structure.

Added Bechtel, "There's a deeper dive we need to have around this (NGO) and its composition."

Anthony Guerra is the founder and editor of