SEARCH
A minimum of 3 characters are required to be typed in the search bar in order to perform a search.
Announcements
Report
Find out what you need to know so that you can plan your next career steps and maximize your salary.
Event
Explore strategies, new technologies, and best practices to provide a secure infrastructure - Learn more at Interop!
PreviousNext
Leadership
News

Google Fiber Is Coming To Public Housing For Free 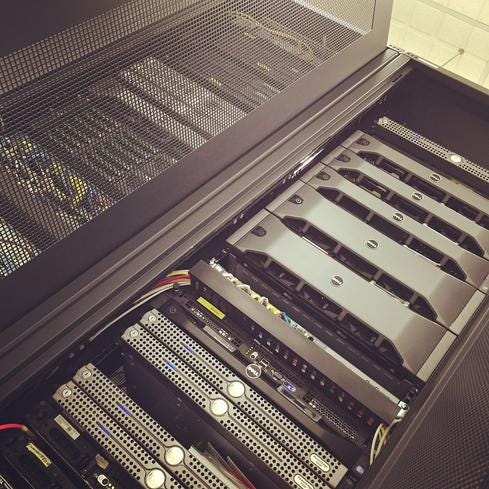 Google is launching a program in all of its Fiber markets to connect residents in select public and affordable housing properties, free, with no installation fee.

In its existing markets, Google's Fiber service offers a connection to basic Internet speeds for a $300 construction fee (or $25 a month for 12 months). After the initial cost, the home or building gets free Internet for seven years.

The initiative is part of ConnectHome, a program launched July 15 by the White House and US Department of Housing and Urban Development (HUD) to bring Internet connectivity to more school-aged children and families living in HUD-assisted housing in 28 communities across the country.

The ConnectHome pilot program, also announced this week, is launching in 27 cities and one tribal nation. It will initially reach over 275,000 low-income households and nearly 200,000 children.

HUD is collaborating with EveryoneOn and US Ignite. These groups worked with private- and public-sector leaders to build local partnerships to bring broadband, technical assistance, and digital literacy training to students living in public and assisted housing across the country.

Early indicators suggest the program is poised for success. In cooperation with the Housing Authority of the City of Austin (HACA) at Manchaca Village, the first public housing property Google engaged, more than 90% of residents signed up for service, and more than half of the residents completed digital literacy training.

[Read about other Google projects to watch.]

"The web is where we go to connect with people, learn new subjects, and find opportunities for personal and economic growth," Erica Swanson, head of community impact for Google Fiber, wrote in a blog post. "But not everyone benefits from all the web has to offer. As many as 26 percent of households earning less than $30,000 per year don't access the Internet, compared to just 3 percent of adults with annual incomes over $75,000."

The announcement follows an initiative by the US Federal Communications Commission launched in June to continue subsidizing broadband for poor Americans through reform of the Lifeline program. That program was started in 1985 under President Reagan to assist rural residents seeking phone service.

The program is designed to help low-income consumers by providing a $9.25 a month subsidy as well as improve pricing and service among Lifeline members.