California, Hawaii, and Vermont all have new faces at the top of their IT departments, the first ever for Hawaii as part of an effort to modernize its aging computer systems.
Elizabeth Montalbano
Contributor
June 29, 2011 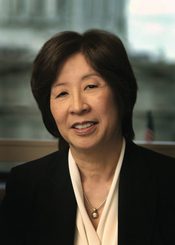 Slideshow: 50 Most Influential Government CIOs
(click image for larger view and for slideshow)
Three states recently named CIOs, with one of them--Hawaii--appointing its first ever to modernize the state's information technology operations.

Abercrombie choose a seasoned veteran for the job, and one familiar with helping a government forge a new IT path. Bhagowalia previously served as deputy associate administrator of the General Services Administration's Office of Citizen Services and Innovative Technologies, which at the time of his appointment was a new office for the agency. Before that, he was Department of the Interior CIO.

As Hawaii gained an executive from the federal government, California lost one to the feds and named a replacement this week.

California Governor Jerry Brown appointed Carlos Ramos, a California native who owns his own IT consulting firm called Maestro Consulting, to the CIO post. Ramos replaces Teri Takai, who left the position in November to take over as the Department of Defense CIO, eight months after her nomination for the job by President Obama.

Ramos has spent more than 26 years in California government IT, in various positions, including director of the Office of Systems Integration from 2006 to 2008; assistant secretary and agency information officer of the Health and Human Services Agency from 2004 to 2008; and deputy director and chief information officer for the Department of Social Services from 1999 to 2001.

Vermont also has a new face at the top of its IT department. Richard Boes, a former IT officer at California State University, is now the state's CIO and Commissioner of its Department of Information and Innovation. Boes is replacing interim CIO and commissioner Ruthann Sullivan.

Boes' background is in university IT departments. Boes served as senior director of IT Services and chief information security officer at Cal State Fresno. Since 2005; he has served as director of network technology at Brown University.

All of the new executives have their work cut out for them. Like the federal government, states are facing shrinking IT budgets and are being forced to do more with less, and state CIOs are under more pressure than ever to perform.

Indeed, there was a rash of state CIO exits in October, but to be fair it's a scenario that's not uncommon as the job is usually a short-lived one for various reasons. They include changes in administration, troubled IT projects and retirement.

As the states welcome new top technology executives, so, too, soon will the federal government. U.S. CIO Vivek Kundra, the executive behind the Obama administration's open-government and cloud-computing push, is leaving his post in August.

What industry can teach government about IT innovation and efficiency. Also in the new, all-digital issue of InformationWeek Government: Federal agencies have to shift from annual IT security assessments to continuous monitoring of their risks. Download it now. (Free registration required.)