NASA's Mars Science Lab and Curiosity rover are the next steps in a long-term plan to travel farther and faster into space. Check out this visual tour of the future spacecrafts and tools that will get them there.
John Foley
Editor, InformationWeek
November 22, 2011 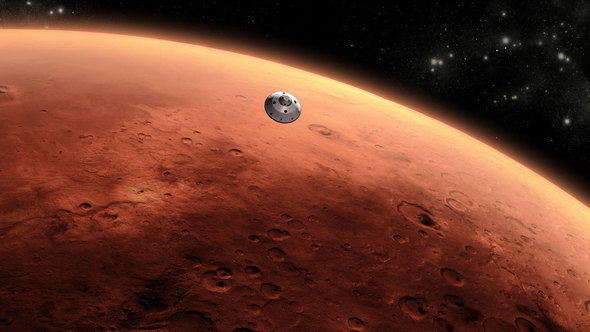 NASA's Mars Science Laboratory is due to launch on Nov. 26 from Kennedy Space Center. Slated to arrive in August at the red planet, the spacecraft's Curiosity rover will roam the surface, taking samples and sending data back to Earth for analysis.

NASA administrator Charles Bolden told Congress in November that the future of human space exploration requires the development of technologies that allow astronauts to "go farther and faster into space and at lower cost." Following the July conclusion of the 30-year Space Shuttle Program, the Mars Science Lab is among more than a dozen such initiatives that represent the next chapter in space exploration.

Mars has long been a favorite target of NASA's. The Mariner 4 spacecraft transmitted the first close-up photos of Mars in 1965. In January 2004, the space agency launched "twin" rovers to determine the history of water on Mars and perform other scientific investigations.

Scientists want to determine whether there's evidence of life on Mars. The Curiosity rover is equipped with instruments that will search for signs of minute, microbial life forms.

In his testimony to the Senate Committee on Commerce, Space, and Transportation, Bolden outlined NASA's next steps in human space exploration. The goal, he said, is to go beyond low-Earth orbit to destinations such as "asteroids, the Moon, and eventually Mars."

The plan puts growing emphasis on the privatization of space transportation, for both unmanned cargo delivery to the International Space Station and eventually passenger flights. Boeing, Blue Origin, Paragon Space Development, Sierra Nevada, and United Launch Alliance are among the companies that have received NASA funding for such projects.

NASA's own big bet is a spacecraft that combines the Orion multipurpose crew vehicle with the Space Launch System, which is designed to take astronauts beyond low-Earth orbit for the first time since the Apollo 17 Moon mission in 1972. However, it will be 10 years before astronauts take Orion and SLS for a test flight.

Take a closer look at the Orion and other spacecrafts and technologies that NASA is counting on for its deep space push, in our visual tour. Image credit: NASA/JPL-Caltech