SEARCH
A minimum of 3 characters are required to be typed in the search bar in order to perform a search.
Announcements
Alert
Got some free time? Grow your knowledge from the comfort of your computer for FREE!
Alert
Are you looking to stay on top of IT trends? Check out our FREE webinars and virtual events!
Alert
Planning for 2023? Be sure to check out our upcoming in-person events!
Report
How does your salary stack up? 2022 IT Salary Survey Results Revealed
PreviousNext
Leadership
4 MIN READ
Commentary

Vivek Kundra's successor, Steven VanRoekel, logged time at the FCC and Microsoft and is known to be an innovator. But he's never been a CIO.
John Foley
Editor, InformationWeek
August 04, 2011
After two years of driving Uncle Sam's IT strategy as federal CIO, Vivek Kundra has turned the job over to Steven VanRoekel, the former managing director of the FCC. The transition went smoothly, but the months ahead will be rougher.

VanRoekel, who worked at Microsoft for 15 years before joining the FCC in 2009, inherits a daunting to-do list. Kundra was a driving force behind the Obama administration's open government efforts, data center consolidation initiative, cloud-first policy, IT project reviews, and investment in continuous monitoring capabilities for cybersecurity. Most recently, Kundra introduced a 25-point IT reform plan, which seeks improvements in IT procurement, development, program management, budgeting, and skills development.

The challenge is that, while Kundra was a master at launching these sweeping initiatives, he didn't stick around long enough to see them through. While Kundra settles into a fellowship at Harvard University, VanRoekel will have to throw his weight behind these national IT initiatives to keep driving them forward. If there's one thing that Kundra learned in his time as federal CIO, it's that change doesn't come easy.

"There are 100 reasons why things won't get done. You see that a lot in federal government," Kundra said in a briefing to announce the appointment of VanRoekel, which took place in the White House office of chief performance officer Jeffrey Zients. "Focus coupled with ruthless execution delivers results--that's the most powerful lesson I've learned," said Kundra.

Driving change will be twice as difficult at this point in the political cycle. With President Obama in the second half of his term and budget cuts looming across government, the federal CIO will have to apply all of his motivational and collaborative skills to keep agency CIOs and federal IT managers and staff working toward common goals.

VanRoekel won't be taking federal IT strategy in some bold new direction. I asked Zients what, if anything, would change under the new federal CIO. "The agenda is a very strong agenda," he said. "This is not a situation where we're asking someone to come in and make radical changes. It's continued execution." 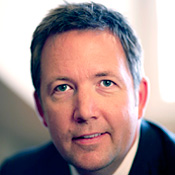 Steven VanRoekel
Make no mistake, though, part of the reason VanRoekel was chosen is that he's regarded as an innovator, not just a brass tacks type (though, as a self-described COO at the FCC, he's that, too). He had a hand in the FCC's decision to move its web servers to cloud services, its social media and citizen engagement strategy, and the launch of a developer's site on FCC.gov, where he was a regular blogger.

VanRoekel hinted at some of the areas that he sees as ripe for further change--open government, shared services, IT procurement and investment. "Vivek's work was really the first step in a larger reworking of federal IT," he said. But don't expect too much, too soon. "This is all early thinking, of course," he added.

There's a lot of interest in tapping into private sector know-how. In that light, VanRoekel's years at Microsoft are a feather in his cap, regardless of how others in the tech industry may view that experience, which included a role as a speech and strategy assistant to Bill Gates.

Missing from VanRoeckel's resume is experience as a CIO, a gap that, for this particular job, is impossible to ignore. The White House had no shortage of accomplished agency CIOs to consider as Kundra's replacement. Zients acknowledged "there was a lot of interest" in the position. VanRoekel's ability to think strategically and "get things done" made him the best choice, Zients said.

Ultimately, the federal CIO must close the tech gap that hampers government agencies, a task too big to be accomplished in the two years that Kundra devoted to it. But the government's $80 billion IT budget is more than enough to cover what's needed. It's a matter how effectively that investment is managed, and now it's VanRoekel's job to get it right.


To find out more about John Foley, please visit his page.