Microsoft Office apps will come preloaded on specific Lenovo smartphones as part of a new strategic agreement between the two companies.

Microsoft productivity apps will soon arrive preloaded on certain Lenovo smartphones as part of a new deal between the two tech giants, the companies announced on Monday.

This move is intended to deepen the strategic relationship between Microsoft and Lenovo. Mobile apps including Microsoft Office, OneDrive, and Skype will soon be on a few select Lenovo devices running the Android OS.

The expanded collaboration includes a patent cross-licensing agreement covering Lenovo and Motorola devices. Over the next several years, Lenovo plans to ship millions of these Android-powered smartphones equipped with Microsoft's productivity apps.

Neither Microsoft nor Lenovo specified which smartphone models are included in the deal. However, it appears the Chinese device manufacturer may have its high-end lineup in mind.

"Microsoft's thrilled that our productivity apps will be pre-installed on Lenovo's premium devices," said Nick Parker, corporate vice president of Microsoft's OEM division, in a statement on the news.

"The marriage of Microsoft's apps and Lenovo's Android-based devices will enable customers around the world to be more productive, more connected and achieve even more."

Their joint statement also acknowledges the important role of intellectual property (IP) in a "healthy and vibrant" technology ecosystem. Microsoft launched its IP licensing program in December 2003 and has since entered more than 1,200 licensing agreements.

As part of a patent cross-licensing agreement, Microsoft sacrifices the right to charge royalties to companies that want to bundle their products with its software, explained The Verge. The benefit to Microsoft is a broader audience for its product lineup.

In the past, Redmond has inked several agreements similar to this one. Other tech companies to bundle its apps and services include Dell, Samsung, LG, Asus, Xiaomi, and Sony.

Until recent years, Microsoft had kept a tight grip on its software and restricted them to Windows and Mac devices. However, the company has adopted a new approach under the leadership of CEO Satya Nadella, who has made it part of his mission to broaden the use of Microsoft apps to as many users as possible.

Since Nadella took the helm of Microsoft a couple of years ago, the company has begun building software for iOS and Android powered smartphones. It has even started to release its apps on iOS and Android long before they arrive on Windows products. 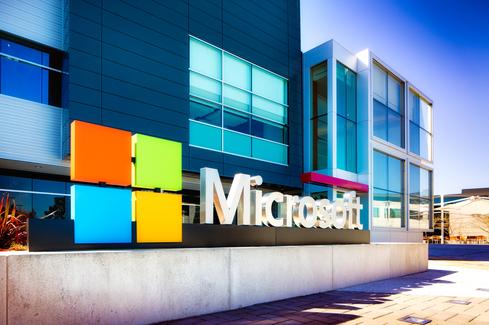 Part of the reason behind this is Microsoft's mobile division has consistently failed. The past few months have been especially chaotic as Nadella oversaw the sale of its feature phone division, thousands of job cuts, and massive restructuring charges.

Now this deal will bring Microsoft's productivity apps to a broader audience by pre-installing them on Lenovo's Android smartphones. While Redmond's mobile hardware was unsuccessful, this move will bring its strong software to a much larger user base.

Kelly Sheridan is the Staff Editor at Dark Reading, where she focuses on cybersecurity news and analysis. She is a business technology journalist who previously reported for InformationWeek, where she covered Microsoft, and Insurance & Technology, where she covered financial ... View Full Bio
We welcome your comments on this topic on our social media channels, or [contact us directly] with questions about the site.
Comment  |
Email This  |
Print  |
RSS
More Insights
Webcasts
Protecting Your Enterprise's Intellectual Property
ROI and Beyond for the Cloud
More Webcasts
White Papers
A Technical Deep Dive on Software Exploits
SANS Report: Measuring and Improving Cyber Defense Using the MITRE ATT&CK Framework
More White Papers
Reports
Special Report: Understanding Your Cyber Attackers
2020 State of DevOps Report
More Reports

Microsoft was very slow to bring its apps to mobile. The move to hold offer resulting in a plethera of competing apps that provide similar or better functionality than Microsoft-made Office. Pre-installing the apps on these phones might be the right move after such a late jump into mobile apps.
Reply  |  Post Message  |  Messages List  |  Start a Board
Editors' Choice
Hot Topics