Visualization or storytelling for delivering data results to business users? Well, maybe you need to let both methods work together to do the job.

Data visualizations help explain complex data, although individuals can and do come to different conclusions nevertheless. It's a significant problem for data scientists and data analysts, especially when they're trying to explain something important to business people. 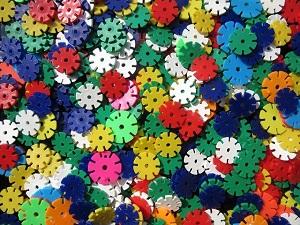 Part of the problem is one's ability to communicate. Another problem is expecting too much from data visualizations -- specifically, the clear communication of an analytical result.

Data storytelling can help, because it goes beyond data visualizations. It also helps individuals think a bit harder about what the data is saying and why.

Clearly not. They remain an extremely important part of turning data into insights, but they do have their limitations. The first limitation is that data visualizations don't always explain the details of what the data is saying and why. Another limitation, as I mentioned earlier, is the possibility of diverse interpretations and therefore diverse conclusions, which, in a business context, can lead to some rather heated and unpleasant debates.

A simple form of data storytelling is adding text to data visualizations to promote a common understanding. Like PowerPoint, however, it's entirely possible to add so much text or so many bullets to a data visualization that the outcome is even more confusing than it was without the "improvement."

The same observation goes for infographics. Bright colors, geometric shapes, and "bleeds" (the absence of a border) do little to aid communication when used ineffectively. It's important to avoid clutter if you want others to understand an important point quickly.

One complaint I hear about using data visualizations alone is that they lack context. Data storytelling helps provide that context.

How to tell a good data story

Humans tend to be storytellers naturally, whether they're explaining how a car accident happened or why they weren't home at 7:00, again. However, when it comes to telling data stories, it's easy to forget what an effective story entails.

An effective story has a beginning, a middle, and an end like a book or a movie. A data story should have those elements, but beware of telling linear stories that are passively consumed. Interactive stories tend to be more effective in this day and age because people have become accustomed to interacting with data at work and at home. In addition, work styles have become more collaborative over time. Allowing audience members to do some of their own exploration enables them ask more informed, if not challenging, questions. In addition, unlike storytelling generally, data story endings tend not to be definite (e.g., "… triumphant at last, they rode off into the sunset") but rather possibilities.

Data stories are also vulnerable to the same kinds of flaws that detract from blogs, articles, presentations, and books: typos. Make sure to proof your work. Otherwise, you may lose credibility. Also avoid jargon, not only because it's considered a bad practice, but because it may confuse at least part of the audience, which brings me to another important point: consider the audience,

Data scientists often are criticized for failing to understand their audiences -- namely, business people. It's fine to talk about linear regressions and sample variances among people who understand what they are, how they work, and why they're important. A business person's concern is business impact, not particular forms of statistics.

While you're at it, be careful about language use generally. The word, "product" can mean different things to different people who work at the same company. Bottom line, it's all about making it easier for other people to understand what you intend to communicate.

There's more to this story

I am unable to write a book about the subject here, which means there are more points to discuss than I have addressed. What do you think is important? What experiences have you had? What advice do you have? What questions do you have?