Data networks in the sky are becoming more practical and cost effective, even against cable and DSL networks, with more breakthroughs just over the horizon.
John Barnes
freelance writer
November 03, 2014 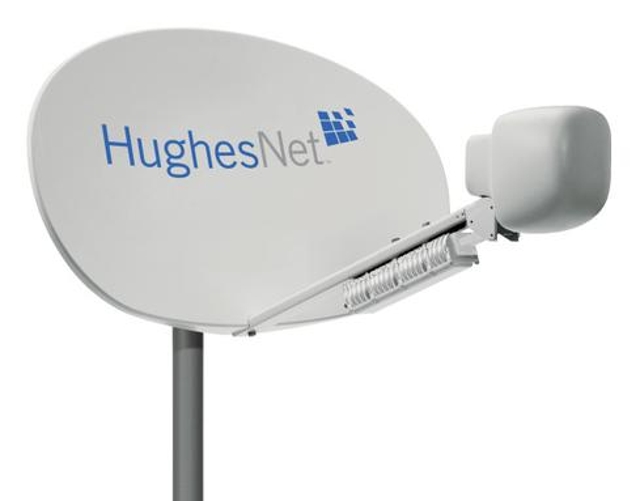 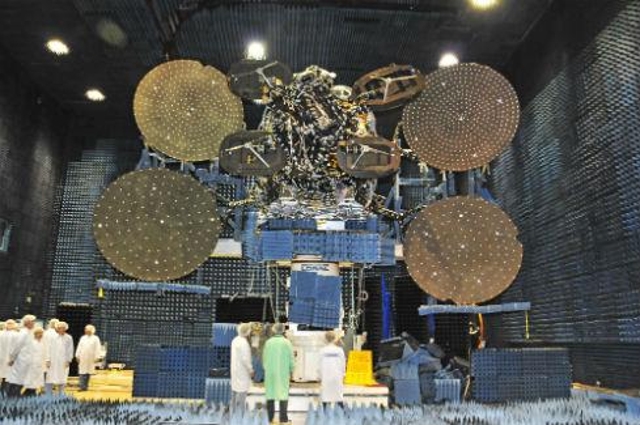 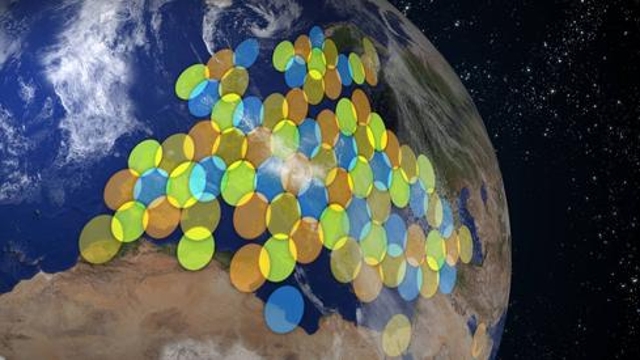 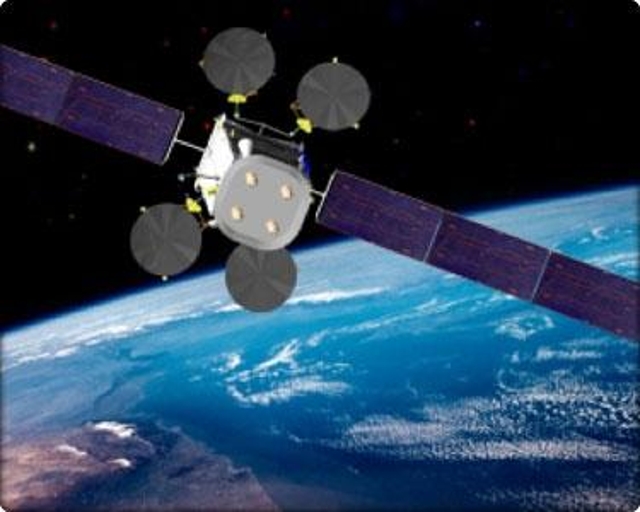 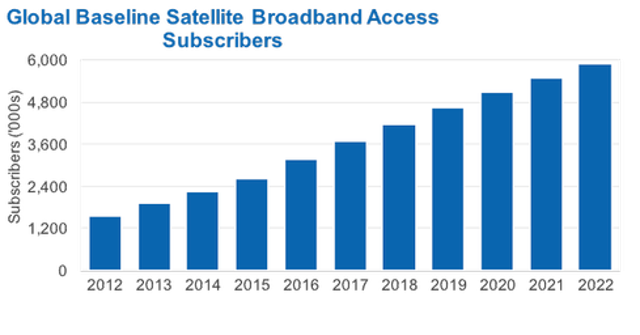 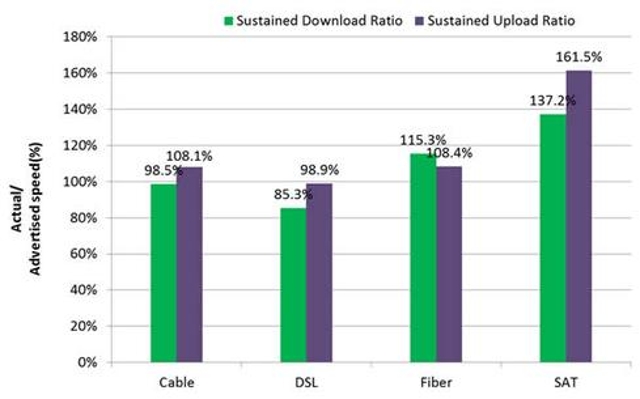 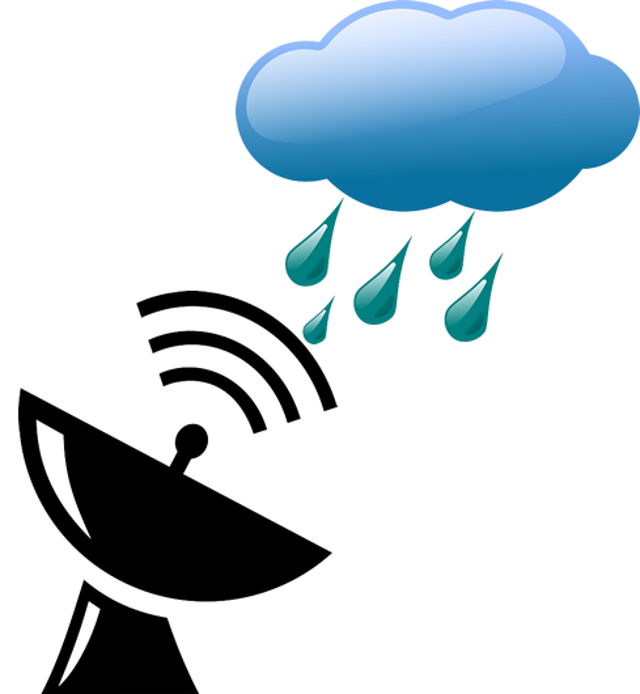 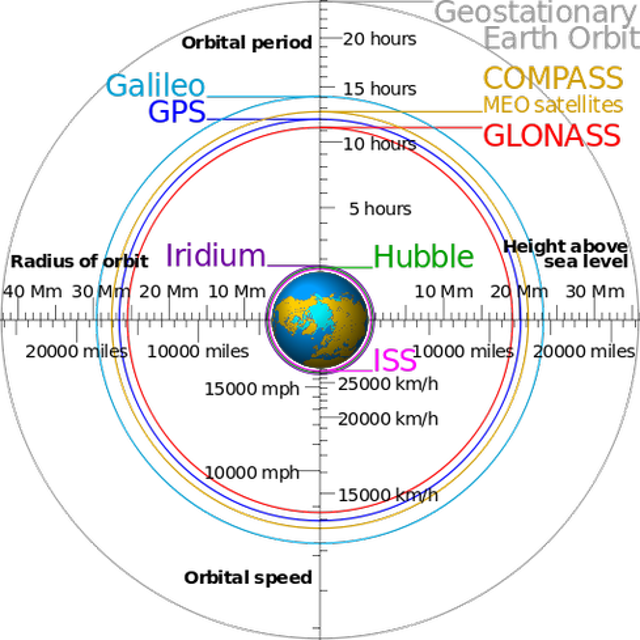 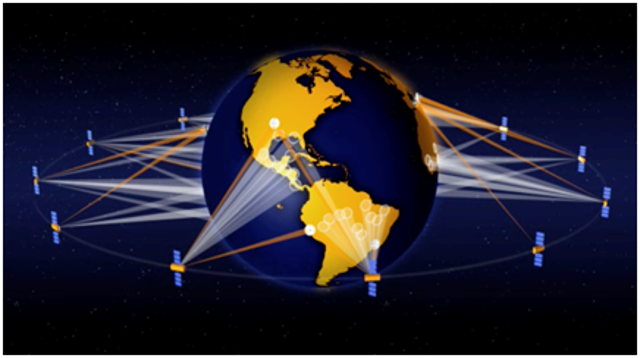 Recently, the gap between direct-satellite Internet and cable/fiber optic in service quality in proportion to price has been closing. Most users should stay with cable for the next few years, but specialty users should take another look at satellite now, and plan to review periodically, as the gap continues to close.

In direct-satellite Internet, your router links to a satellite modem that transmits, via a dish antenna, directly to and from a communications satellite in geosynchronous orbit. That's the same orbit familiar from satellite TV; in fact, some satellites are multipurpose and carry Internet, television, and voice phone.

Direct-satellite Internet can be available in places where cables of any kind are physically impossible or economically unfeasible: ships at sea, remote military or scientific installations, or sparsely populated areas where construction is expensive or difficult.

In principle, direct satellite should have some major advantages. Much of the infrastructure can be installed right on the customer's property. The satellites relay via ground stations, so larger and more expensive pieces of infrastructure are safely on the provider's own company property -- no need to obtain rights of way or dig miles of ditches. The provider can serve anyone with a view of the southern sky. Best of all, the most expensive infrastructure is out of reach of weather, vandals, and uncooperative property owners.

For narrow niches such as offshore drilling rigs, cruise ships, little mountain towns, weather stations, geologists' camps, and so forth, those advantages are decisive. The cost: the key piece of infrastructure must be installed in a far away orbit, which can only be reached with millions of dollars worth of rocket. This has other negative implications: long latency (speed-of-light signal transmission delay) -- so fast, real-time interaction is unavailable; no service or maintenance by human crews, so that catastrophic failure would be far more catastrophic; and capacity issues that will remain important well into the 2020s if the providers stay with their present plans. A smaller nuisance is that connection is much more complicated than pushing a plug into a socket -- you need a technician to aim your antenna at the right part of the sky.

Many problems remain and some problems have no solutions -- for latency, you're up against Einstein. Yet great progress has been made in the last two years. Satellite broadband is now highly competitive, and growing more so in many remote, difficult areas where until recently, the alternatives were very slow DSL, legacy dial-up, or doing without an Internet connection.

Under a new generation of powerful satellites that use spot beams and the high-frequency Ka band, prices have fallen a long way. Monthly subscription fees now are generally under $60 for consumers. Download speeds are now 12 Mbps to 15 Mbps, and upload speeds are well above 1 Mbps.

Unfortunately, while they'll always sell you the fastest speed they've got, total data throughput is severely constrained, with various plans capping it at 10 GB, 15 GB, or 25 GB a month -- not a lot if you're receiving large amounts of video and audio, or if you need to do extensive, real-time interaction with a simulation or a large number of sensors. Unlimited downloads are available in a batch environment during off-hours from Exede, ViaSat's service, but it's doubtful that genuine, no-data-limits satellite broadband will happen until at least the next generation of satellites.

Still, the gap between fiber/cable and satellite is closing, and for some specialty users, the gap may have closed enough to make it worthwhile.

Here's a look at where we came from, what has changed recently, what changes are coming, and a couple of problems that will probably remain problems for quite a while.