Google Player Analytics is all about giving game developers greater insights into their creations through better use of data.
Thomas Claburn
Editor at Large, Enterprise Mobility
March 03, 2015
Credit: 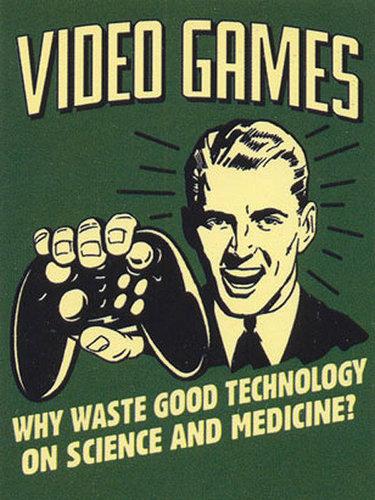 9 Video Games We Love The Best
(Click image for larger view and slideshow.)

Software, as venture capitalist Marc Andreessen opined in 2011, is eating the world. And data is what sustains it.

At the Game Developers Conference (GDC) in San Francisco on Monday, March 2, Google underscored its well-known interest in data with the introduction of Player Analytics, a forthcoming service designed to provide game developers with statistical insight into what players are doing in games and how those actions contribute to business goals.

Making games for mobile devices isn't that difficult, thanks to the proliferation of mobile development frameworks and game engines. But it's still a challenge to understand how players engage with games and how gameplay may or may not generate revenue.

Since the mobile revolution began in 2007, various companies have tried to provide insight into in-game activity with analytics services. Facebook has been a leader in this area, alongside companies like Apsalar, Flurry, Localytics, and Mix Panel.

With the launch of Player Analytics -- available through the Google Play Developer Console in the next few weeks -- Google is looking to build upon the success Google Analytics, the company's widely used analytics service for the Web.

Google Player Analytics will help developers track revenue targets, understand where players are spending time and money during gameplay, and identify specific areas of gameplay that aren't measuring up to business goals.

It augments existing Google Analytics options for Android, iOS, and Unity that can help developers track the usage of Google Play Game Services like leaderboards and multiplayer connectivity.

During a presentation at GDC, Greg Hartrell, senior product manager of Google Play Games, described how Eric Froemling, developer of the game BombSquad, used Player Analytics to improve the financial viability of his game.

In a subsequent presentation, Bob Meese, head of games business development for Google Play, cited Player Analytics as one of several services game developers should use to become more successful.

To enhance Android's appeal to developers, Google is rolling out a variety of additional services. The company will soon begin testing sponsored search results in searches conducted through Google Play, its online store for apps, books, music, video, and devices. It is also updating its mobile advertising service, AdMob, with support for Native Ads, house ads to promote in-app purchases, and an audience segmentation tool called Audience Builder.

Meese called attention to Google's success in rewarding Android developers, pointing out that the company has paid out $7 billion to developers around the world in the past 12 months. He said there are currently over a billion active Android devices and that three out of four Android users play games. That's "the largest group of people playing games on any platform ever," he said.

The technology being developed for Android could affect businesses outside of the game industry. During a brief presentation, Noah Falstein, chief game designer at Google, said that virtual reality, augmented reality, and related spatial mapping technologies like Project Tango -- which he referred to collectively as "transmogrified reality" -- have "tremendous implications for business and non-gaming apps."