SEARCH
A minimum of 3 characters are required to be typed in the search bar in order to perform a search.
Announcements
Event
SupportWorld Live: May 15-20, 2022 | MGM Grand, Las Vegas, NV
Event
Data Center World is the leading global conference for data center facilities and IT infrastructure professionals.
Report
IT Enterprise Dashboard: This interactive data tool enables access to global research on IT budgets, business challenges
Event
Get in-depth insights & analysis from experts on all aspects of communications, collaboration, & networking technologies
Report
Find out what you need to know so that you can plan your next career steps and maximize your salary.
PreviousNext
Mobile Applications
News 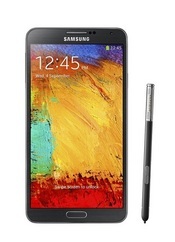 Google has started to change the Google Play Store in ways that will make it easier for tablet owners to find applications made specifically for their hardware. At the same time, it's nudging developers to better target tablets with their applications.

Android tablet owners should begin to see the changes in the Google Play Store in the coming days. There's a new "Designed for Tablets" section that appears at the top of the screen. This section highlights apps and games that look good on tablets. Users will still be able to see all apps, and not just those made for tablets.

The kicker is what Google is doing with non-tablet apps. Developers whose apps and games fail to meet the "Designed for Tablets" criteria will see their apps marked as "Designed for Phones" instead. This benefits users, as it lets them know before downloading that the app may not offer the best experience on their tablet. It also sort of shames developers into making sure their apps are properly customized for tablets.

The move is clearly a response to the strength of Apple's iTunes App Store. Apple's app store has differentiated between smartphones and tablet apps since the first iPad went on sale in 2010. Hundreds of thousands of applications in the iTunes App Store have been optimized for the iPad, and Apple likes to make a point of needling Google with this statistic. When Apple unveiled the iPad Air and iPad Mini with Retina Display last month, it was sure to chide Google about the poor experience many Android apps provide to Android tablet users.

Google says it's not just about design and customization. It believes apps that look better and function properly on tablets will let developers get more engagement from users, which can lead to better monetization opportunities. "Developers who invest the time to meet the criteria are seeing great results," said Google. "Take 'Remember The Milk,' which saw an 83% increase in tablet downloads from being in this section."

Ergo, make your Android apps perform better on tablets and you'll make more money. It's a pretty simple message that will surely entice some developers to make more of an effort with respect to tablets.