SEARCH
A minimum of 3 characters are required to be typed in the search bar in order to perform a search.
Announcements
Event
SupportWorld Live: May 15-20, 2022 | MGM Grand, Las Vegas, NV
Event
Data Center World is the leading global conference for data center facilities and IT infrastructure professionals.
Report
IT Enterprise Dashboard: This interactive data tool enables access to global research on IT budgets, business challenges
Event
Get in-depth insights & analysis from experts on all aspects of communications, collaboration, & networking technologies
Report
Find out what you need to know so that you can plan your next career steps and maximize your salary.
PreviousNext
Mobile Applications
Commentary

Why Companies Should Pay Attention To AngularJS

When Google and Microsoft collaborate on a project, it's worth noting.
Michi Kono
CTO of Monsoon
April 16, 2015
Credit: 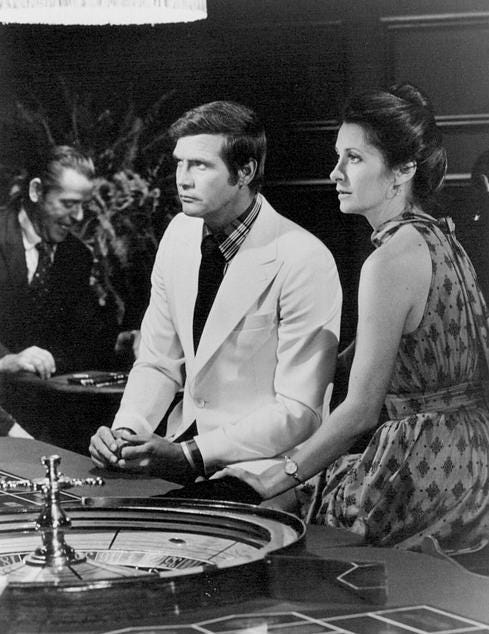 Sometimes it feels like a new framework or programming language launches every week. It's difficult to filter the noise, and wise technical leaders have learned to be skeptical of the latest flavor of the month.

However, if you're in a leadership position at a company that writes Web software, it's time to start paying attention to AngularJS. This extremely popular open source Web framework is heading for the mainstream with a serious shot at becoming the next "jQuery" or "Bootstrap" of Web technologies. While there are several promising competing technologies, Angular's first-mover advantage and backing from technology titans has clearly established it as the frontrunner.

AngularJS is maintained by Google and deployed in Google's own products. For example, DoubleClick team (integral to Google's core business) recently rewrote its entire front-end with it, and the YouTube team wrote their PS3 app in it. It's clear Google is serious about AngularJS staying around. That means you should be, too.

Outside of Google, AngularJS is unbelievably popular with developers. It enjoys over 16 times the search volume of its nearest competitor (Facebook's React framework), and its competitors continue to lose marketshare.

This popularity extends beyond individual developer interest. For the past few years, Microsoft has been working on an extremely popular enterprise-friendly extension to JavaScript called TypeScript. TypeScript has been seeing explosive growth in adoption similar to AngularJS. In an unprecedented move, Google and Microsoft decided to join forces and build the next version of AngularJS on TypeScript. It's easy to see how a partnership between the two communities will further accelerate their respective visibility and growth.

The AngularJS community is not only large, it’s highly engaged as well. ng-conf 2015, the second annual AngularJS conference, sold out its first batch of tickets in just a few minutes:

If you're thinking about moving toward AngularJS, you're in good company. The list of big brands adopting AngularJS also continues to expand, and it currently includes users such as NASA, HBO, MSNBC, Sony, Virgin America, Nike, Netflix, and General Motors. Here are some factors driving its growth.

The Rise Of The Single-Page App

As browsers and devices have become more powerful, consumers are demanding increasingly sophisticated user experiences. AngularJS enables a new breed of complex single-page applications (SPA) that act more like desktop or mobile apps. These next-generation SPAs are easy to spot: When you click on links and buttons, the page doesn't reload. This fluid user experience is a clearly superior design, but without a framework like AngularJS, it can be incredibly time consuming to create. Luckily, there's a lot of expertise being poured into AngularJS to make developers' lives better.

One thing that often holds up corporate adoption is the license of an open source project. Given the previous list of companies, it should come as no surprise that AngularJS is doing something right in this area.

AngularJS uses the MIT license, an extremely permissive and popular proprietary software license. This license allows reuse within proprietary software, and is GPL-compatible, meaning developers have a lot of freedom with the code. This makes AngularJS a friendly choice for businesses. If your company already approves the use of jQuery, Node.JS, Ruby on Rails, Socket.io, Foundation, Backbone, Symfony, Express, or Node.js, you're already using the MIT license.

The Next Level Of Design Integration

In 2009, a group of engineers got together and realized the development process could be improved if designers could place UI elements on a page and engineers added the logic later. This is how AngularJS was born. AngularJS lets designers define a UI element (for example, <calendar>) and developers add logic to it once it's laid out. This key evolution from 2009 is still of paramount importance today.

The ability to componentize the design and development processes is incredibly useful and popular. For example, an extension to AngularJS, the Ionic Framework, lets Web developers write native iOS or Android applications without worrying about the UI/UX of each platform. Another example is Material, a library built on AngularJS that lets developers easily integrate the Google Material Design ("paper") specification into their applications.

AngularJS was written with testing in mind, and even comes with built-in testing libraries. Using these libraries, your developers can mimic user behaviors in automated tasks (such as clicking buttons). This results in finding bugs before your users do. It is no coincidence that financial institutions such as Capital One, ADP, and Intuit have software engineer job openings with "Angular" in the official title.

AngularJS is leading the charge for sophisticated browser-based applications that behave more like native apps. It is undeniably popular and ready for mainstream adoption. Your search engine, bank, payroll, video streaming service, airline, apparel line, space agency, and automaker have all bet on AngularJS. This is a trend worth betting on.