As it prepares for independence from eBay, PayPal is trying to redefine itself as something more than a payment company.
Thomas Claburn
Editor at Large, Enterprise Mobility
May 21, 2015
Credit: 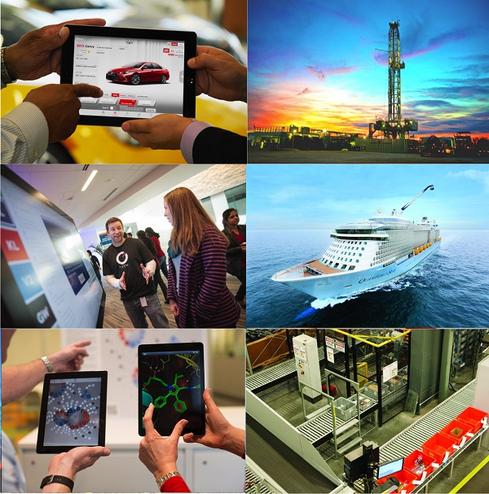 Later this year, PayPal will spin off as a public company separate from its mothership, eBay, which acquired the payment company in 2002. As it prepares for life without a corporate parent, PayPal faces growing competition from rival payment services.

Alibaba, Amazon, Apple, Facebook, Google, Square, and Stripe, alongside more than a thousand other startups, aspire to be the next PayPal. But the first PayPal plans to continuing growing beyond the $8 billion in revenue it generated in 2014.

The financial services industry is about to embark on a period of rapid change driven by technology -- the proliferation of mobile devices and the power of software to alter business models, said Dan Schulman, PayPal president and designated CEO upon independence, at a PayPal media event in San Francisco Thursday.

Citing Moore's Law and the mobile revolution, Schulman described the impact of technological change on the financial services industry as a "digital tornado."

"We're coming into the market at a time when the financial services industry is going through some really fundamental shifts," said Schulman, asserting that PayPal is "very well positioned to be a leading player in that transformation."

To reach that position, PayPal has spent the past few years modernizing its IT infrastructure. It used to take months to make changes to PayPal's platform, said Schulman. Now that PayPal has embraced service-oriented architecture and agile development, changes take hours, new feature releases come every two weeks, and each element of its platform has an associated API and software development kit (SDK).

PayPal is trying to reimagine itself as something more than a payment platform. PayPal now sees itself as a partner enabling other payment services. As one of slides at the company's presentation declared, PayPal's "Next Chapter" is as "the operating system for digital commerce."

"We want to be more than just a button on a merchant's website," said Schulman. "We really want to provide a full suite of products and services and experiences off of our digital payments platform both to consumer and merchants."

PayPal has already gone beyond being a button on a website. It's a payment platform, a payment gateway, a payment processor, a digital wallet, a credit provider, and a source of financial data.

Thanks to its 2013 acquisition of BrainTree, a payment gateway that allows businesses to accept a variety of payment systems through the Web and apps, PayPal can still get paid if consumers prefer to pay using an app that implements Apple Pay through BrainTree's SDK, for example, instead of PayPal.

PayPal's acquisition earlier this year of Paydiant, a technology platform for retailers, also supports its broader ambition as an enabler for multiple payment mechanisms. "Operating system" may be overstating the case, but PayPal can credibly claim to be an ecosystem.

One announcement made at the event – the extension of PayPal's OneTouch for web and mobile to merchants using BigCommerce's online store technology – demonstrates how PayPal is looking beyond transaction fees. OneTouch allows shoppers at online stores built with BigCommerce technology to buy items with a single touch after their credentials have been entered once, via website or mobile device, all without the PayPal app. It's an effort to improve transactions in general rather than an effort to advance PayPal as a specific payment system.

"What we aspire to be is a true customer champion for consumers and for merchants," said Schulman.