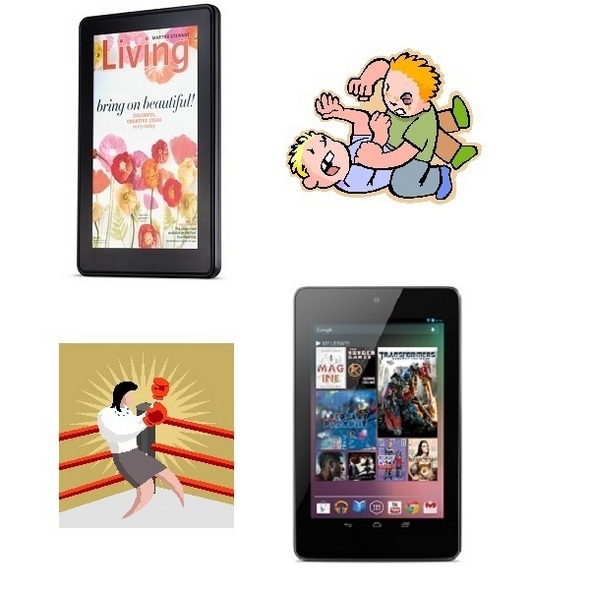 Rejoice, tablet fans. The new Google Nexus 7 has raised the bar for low-end slates. As you may be aware, the Nexus 7 has some impressive hardware for a bargain tablet, including a quad-core Nvidia Tegra 3 processor with a 12-core graphics subsystem, a 1280-by 800-pixel HD display, a 1.2-megapixel front-facing camera, and the new Android 4.1 mobile OS. The price is right too: $199 with 8 GB of storage; $249 with 16 GB.

If you're Amazon, what's your next move? The online retailer's Kindle Fire is also $199, but its display, processor, design, and build quality can't match those of the Nexus 7. Reports from numerous sources say that Amazon will soon launch a second-generation Fire, and not a moment too soon. CNET, in fact, reported late last month that the Kindle Fire 2--or whatever name it goes by--will debut on July 31.

Reports vary as to what the next Kindle Fire will look like, however. Will there be several Fires, including new 7-, 8.9-, and 10-inch models? And will Amazon lower the price of the 1st-gen Fire, while introducing a more advanced 7-inch model priced the same price as the Nexus 7?

Amazon may have a fairly easy time launching a 2nd-gen Kindle Fire that matches the Nexus Fire's impressive specs, and yet manages to retain the consumer-friendly $199 price point.

Research firm IHS Suppli recently analyzed the components of the Nexus 7 and determined the $199 model (with 8 GB of storage) costs just under $152 to manufacture. The 16-GB model costs roughly $159 to make. Add in shipping, advertising, and other expenses, and Google should break even on the 8 GB model and turn a profit on the 16-GB version, according to IHS Suppli.

The Kindle Fire has been seen as Amazon's loss-leader slate, one sold at or below cost. Since the Fire funnels users to Amazon's online stores, the retailer profits by selling (or renting) goods, services, music, movies, and TV shows to its tablet audience. But if Google and its manufacturing partner Asus can profit directly from tablet hardware sales, perhaps Amazon can as well.

It may be hard to believe the 1st-gen Kindle Fire is outdated just eight months after its launch, but its components were never exactly cutting-edge in the first place. Click through the slideshow below to see the top 10 things the Fire needs to top--or at least match--the Nexus 7.