10 Windows Ultrabooks: Not Just For SMBs

Can an ultrabook offer your small- to medium-size business more than a MacBook Air or a tablet can? Take a look at the slim new laptops coming from Lenovo, Sony, Asus, and others.
Kevin Casey
Contributor
June 11, 2012 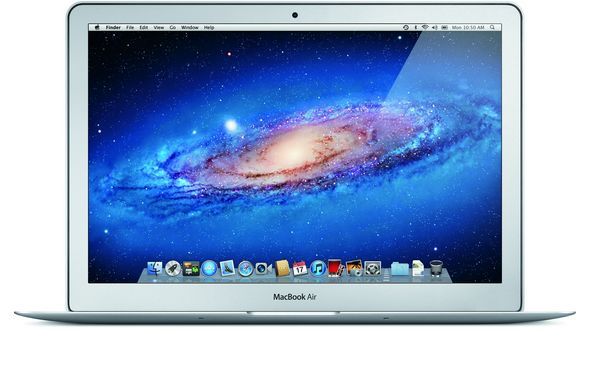 Ultrabooks were the toast of January's Consumer Electronics Show (CES). Research firm Techaisle even made a bold prediction: the slimmer descendant of the traditional laptop will account for one in five PCs purchased by small and midsize businesses (SMBs) in 2012. A 20% slice of the pie is a lot for a new breed of laptop that hasn't been around that long. Even more surprising, the prediction excluded Apple's Macbook Air, which at one time appeared poised to become to the ultrabook what the iPad has been to tablets.

Techaisle CEO Anurag Agrawal hedged his prediction by admitting that three things would have to happen for Windows ultrabooks to make a big splash this year. One was that Microsoft needed to make a firm Windows 8 announcement--the new mobile-centric OS is the reason many SMBs are interested in ultrabooks. A second was that manufacturers would have to start rolling out hardware. Windows-based ultrabooks have been scarce--almost non-existent if you don't count Acer or Asus. Pricing is the other big obstacle to ultrabook adoption by SMBs. Costs need to come down, and quickly.

We're almost there on all counts. Windows 8 now has a delivery date, of this fall, satisfying the first requirement for ultrabooks' success. As for hardware, the slow-but-steady stream of product announcements got a boost at the recent Computex conference in Taipei, with the likes of Lenovo and Sony joining Acer and Asus--not as popular with U.S. SMBs--in unveiling new Windows-based ultrabooks.

[ For more on why Intel's Ultrabook push deserves your attention, see PCs Tell Tablets: We're Not Dead Yet. ]

Acer showed off a machine built specifically with Windows 8 in mind, as did other manufacturers. Ultrabooks remain relatively expensive as we near midyear, though some lower-end, consumer-oriented options can be had for around $700 or so. The wave of new models will likely help shrink price tags in the not-too-distant-future: Intel, which has an obvious interest in the success of ultrabooks, says it expects 110 ultrabooks on the market next year. Though SMBs are always sensitive to price, Techaisle's Agrawal said in this case price is particularly important, especially to companies that might be trying to decide between ultrabooks and tablets. They might have a difficult time stomaching the current price gap between, say, a $999 ultrabook and a $629 iPad with 4G access, particularly if they're outfitting a 30-person sales team.

So why hasn't Apple's Macbook Air become the go-to ultrabook, the way Apple's iPad has dominated all other tablets? Though some small companies do favor Apple, and there will always be employees who bring their favorite Apple products to work, Windows remains the rule rather than the exception at SMBs, said Agrawal. It doesn't help that Apple products are expensive. The 13-inch Air, sleek and functional though it might be, starts at $1,299, about the same as some of the new Windows ultrabooks.

Will a Windows ultrabook--or several of them--emerge as a leader in the category? It's too soon to tell. SMB OS migration strategies even could play a role in purchase decisions, as SMBs with no near-term--or perhaps even long-term--upgrade plans for Windows 8 aren't likely to invest in first-generation (read: more expensive) hardware developed specifically for the soon-to-arrive platform.

Nevertheless, the list of entries into the field is growing rapidly. Here are 10 ultrabooks that hope to make a mark.