Have we really entered a post-PC world? The new Apple iPad and its tablet rivals still come up short on a few important measures.
Jeff Bertolucci
Contributor
March 21, 2012 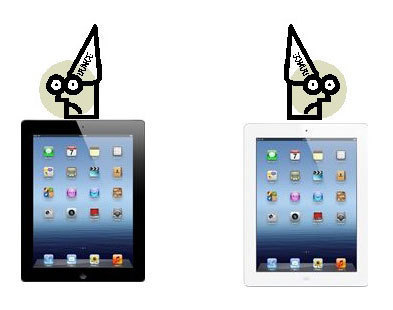 Apple CEO Tim Cook, at the March launch of the new iPad, opened his keynote by proclaiming that the "post-PC revolution" is upon us:

CEO blather? Hardly. Considering the success of smartphones and tablets, Cook has a point. In 2011, Apple sold 172 million mobile devices, including iPhones, iPads, and iPods, which made up 76% of the company's revenues.

Indeed, the iPad's stunning success has helped the tablet infiltrate the workplace--another chapter in the ongoing consumerization of IT saga--as people use their mobile devices for tasks previously reserved for desktop and laptop PCs.

So is it time to junk your PC for a post-PC device? Of course not--particularly if your daily chores require the type of heavy-lifting capabilities that PCs excel at, such as professional video editing or spreadsheet number-crunching.

The Observer's John Naughton, in a March 10 article entitled "Reports of the death of the PC are greatly exaggerated," put the tablet in its proper place:

"One could, I suppose, try to write a book, edit a movie, or build a big spreadsheet model with it--just as one could, in principle, dig the garden with a teaspoon. But you'd be mad to try," Naughton wrote.

Apple's post-PC mantra has placed some PC vendors on the defensive--particularly the ones who are getting their hands handed to them in the mobile arena. In a recent email interview with Forbes, James Mouton, general manager of HP's personal computer global business unit, defended the PC's viability in today's gadget-crazed world:

"While the way people interact with information has changed, when the task at hand is content creation, business productivity or immersive gaming, to name a few, a PC is fundamental," Mouton wrote. "Fortune 1,000 companies and governments rely on PCs for their infrastructure backbone and security."

As our slideshow illustrates, security is just one area where tablets are lacking. If you need mega-storage on your primary computing device, enjoy first-person shooter games, want an easy way to read stacks of archived DVDs, or run power-hungry desktop programs, a slate simply won't cut it.