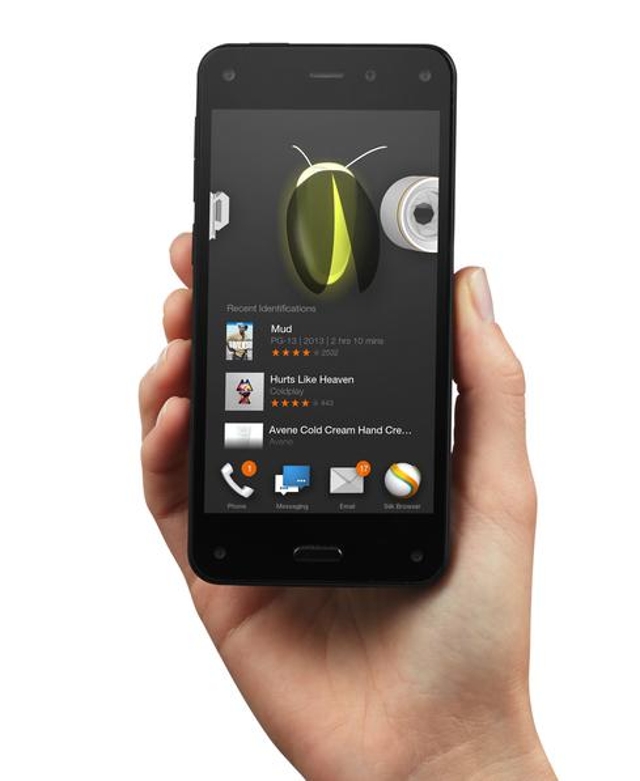 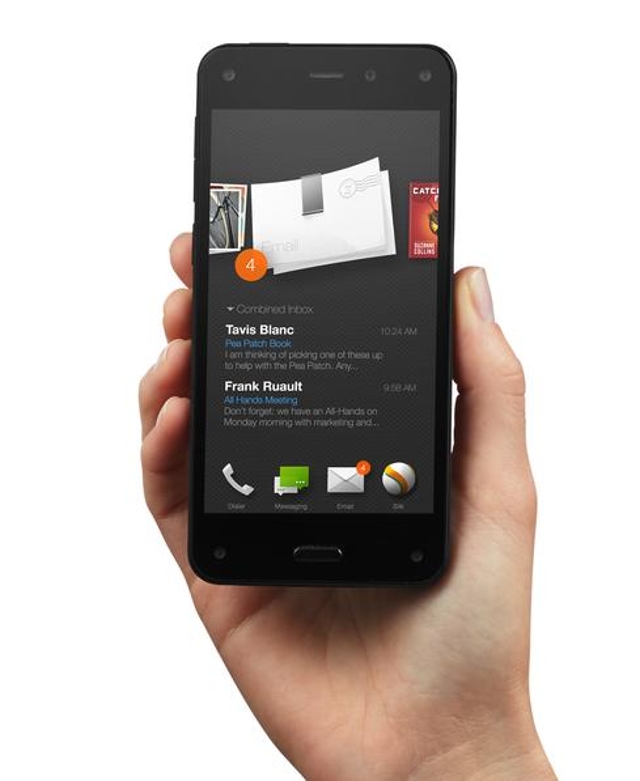 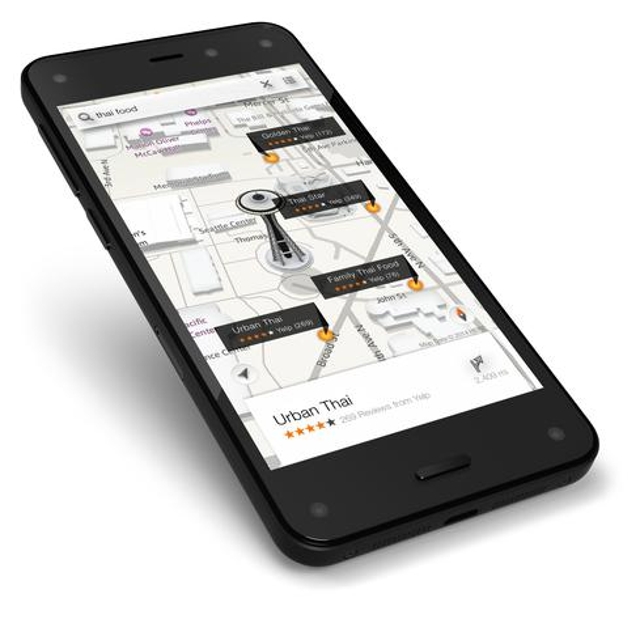 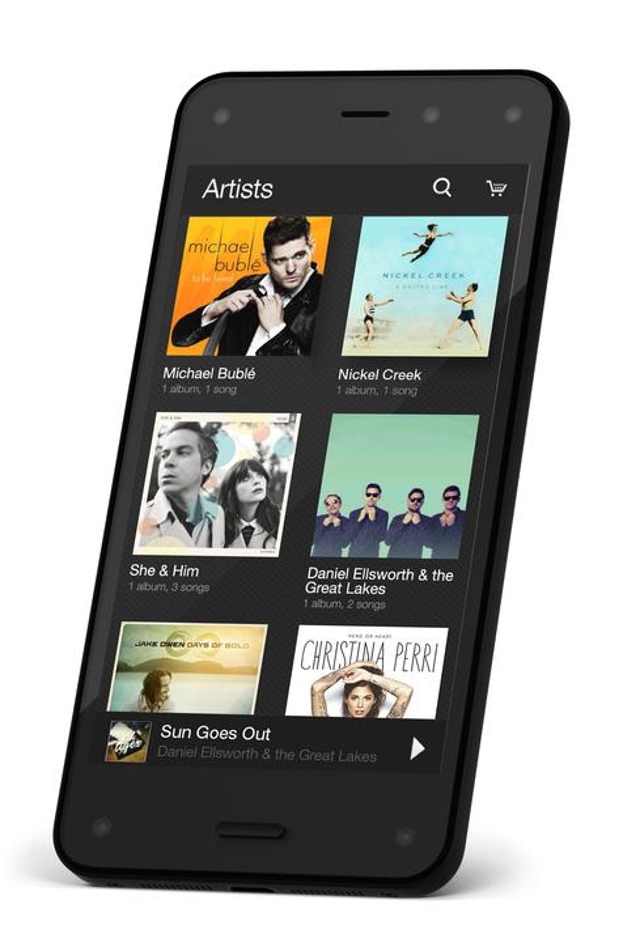 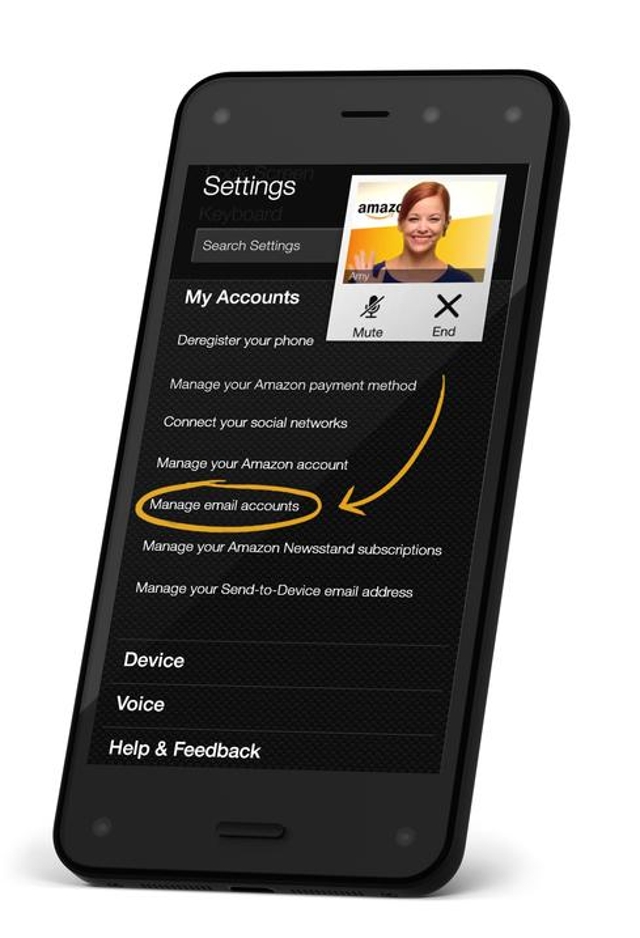 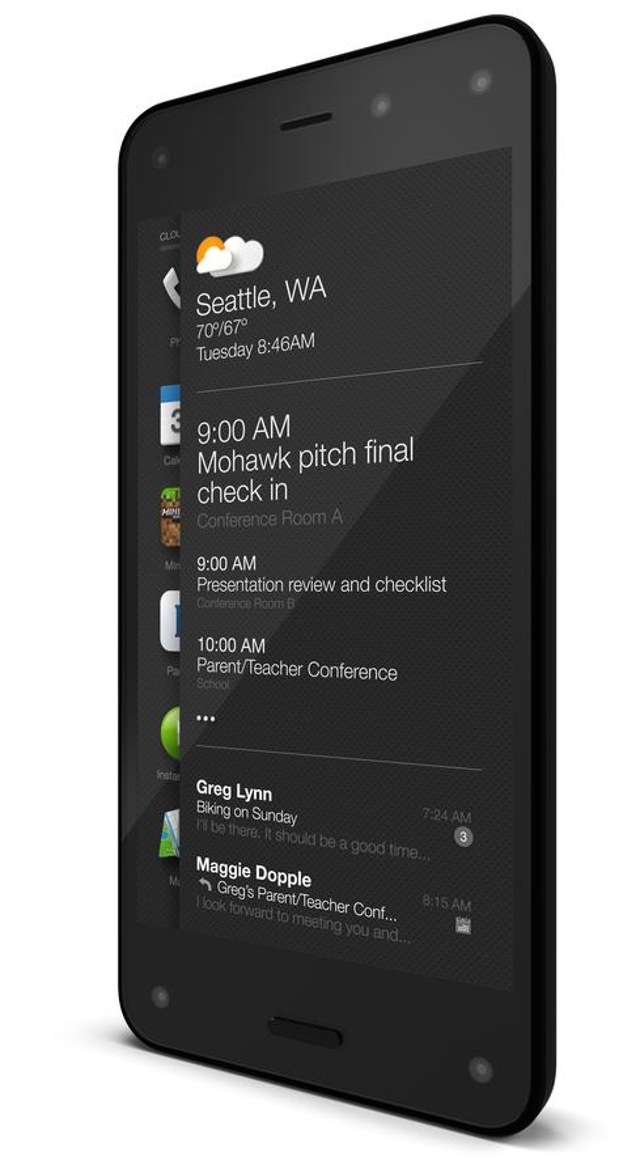 Amazon on Wednesday announced its first smartphone, the Fire Phone. Amazon's main goal: Put a specialized purchasing device in the hands of its best and most loyal customers. Amazon believes it can use consumers' insatiable demand for new smartphones to replicate the success of its Kindle line of tablets, which people use to buy many things from Amazon. Amazon made a key mistake in its thinking, however, that could spell disaster for the Fire Phone.

The Fire Phone has lots of strengths. The hardware is decent. It doesn't compete with top smartphones, but its quality and features surpass those of many mid-range and entry-level competitors. It comes loaded with content, and with a free year of Amazon Prime, Fire Phone owners have their pick of movies, television shows, and music to watch and listen to at no extra cost, at least for a while. It has a good camera. The 13-megapixel shooter is good in low light and uses image stabilization to sharpen focus.

The Mayday feature will appeal to the tech illiterate. Can't figure out how to change the Fire Phone's settings? Use Mayday and a live Amazon tech support representative will appear to help, no matter the time of day. Smartphone novices might find Mayday a lifesaver when they get stuck using the phone's features. No other phone maker offers what amounts to 24/7 roadside assistance. It's an insurance policy of sorts. The Fire Phone competes on these fronts well.

The weaknesses have to do with Amazon's long-term thinking. For instance, Amazon obviously spent years developing some of the Fire Phone's technologies. Dynamic Perspective stands out as the most promising, yet most gimmicky, feature. Dynamic Perspective uses four user-facing cameras to define exactly where the owner's head is. The Fire Phone uses this data to create 3D effects in certain parts of the user interface. Dynamic Perspective currently is limited to wallpapers, maps, and screensavers. Amazon was smart enough to offer a software development kit for Dynamic Perspective, but developers have to be convinced to use it. If they don't, Amazon will have spent years creating something that's nothing but a novelty.

Firefly is a great tool for tracking down real-world objects online. Snap their picture with the camera and Firefly offers links to those objects on Amazon's website. It can do the same with audio, such as music and television shows. Amazon put tons of work into making Firefly fast and user friendly. It will certainly serve as a useful tool for finding more information about a great many things out in the world. At the end of the day, however, its main goal is to get people to find things sold by Amazon and to purchase them using their phone.

Another problem is apps. The Fire Phone runs Fire OS, a forked version of Android that is compatible with many -- but not all -- Android apps. This could lead to discontent among users if they find their favorite app isn't supported. Further, the Fire Phone doesn't include the Google Play Store, which is where most Android device owners find their apps, games, and content. It will use Amazon's Appstore instead. Amazon has about 240,000 apps and games in its store, which falls well short of the 1.2 million in the Google Play Store.

The Fire Phone's biggest problem is its soul, if you will. In developing the Fire Phone, Amazon chiefly looked for ways in which to coax consumers to buy more stuff. That's not what a smartphone's primary purpose is or should be. Smartphones are for connecting, for communication, for managing, and for discovering. Yes, they are often used to buy and entertain, but the most popular apps are for keeping owners in touch with the people in their lives. They are apps for texting, email, and social networks.

The smartphone in my pocket already does most of the things the Fire Phone can do. There's something about the Fire Phone's tie-in to a single, giant purveyor of goods that feels icky to me. I'd rather not feel that way about my smartphone, and I'm betting others might feel the same. Still, the Fire Phone offers some cool technology and will appeal to die-hard Amazon shoppers. Click through our slideshow to judge for yourself.