For Android enthusiasts Paranoid Android is a cool re-interpretation / customization of the Android 4.2.X OS. But, the complexity of the install, as well as the requirement to root the device will likely deter many people from using Paranoid Android 3, which is a shame. It's a well thought-out, extremely stable, clever modification to the stock UI. With the addition of the PIE feature in version 3 it gives Android 4.2.X some serious competition.
Max Cherney
Contributor
February 23, 2013

Paranoid Android 3 is an interesting re-imagination/hack of Google's Android 4.2.X (Jelly Bean) for Nexus 4, 7, and 10. For Android enthusiasts and developers it's a compelling alternative to the stock OS. Those less interested may be deterred by the complex installation, which requires root access. The results are, well, interesting, to say the least. 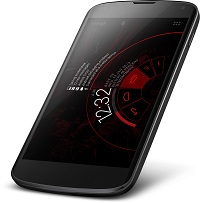 The PIE feature is what drew me to PA3 in the first place. It's an interesting one, possibly rivaling both Apple's single-button approach to hardware controls, and Android's three-button toolbar. It works like this: Once enabling the enlarged desktop or setting the navigation bar to 0 pixels, I simply poked and dragged the screen from the bottom center (although that's adjustable) upward to reveal PIE. PIE contains all the standard elements seen on the navigation bar and the status bar on Nexus devices.

The main advantage? By replacing the navigation and status bar with PIE, the OS has more screen real estate. On a tablet like the Nexus 10 I tested it on, the additional screen real estate doesn't make too much of a difference. But, I bet on smaller devices like the Nexus 4, it's noticeable. PIE also has other advantages – it streamlines navigation, puts all the relevant information in one spot and it looks really cool. I just wish it vibrated when it activated.

There are other ways to tweak the Android UI with PA3, too. Through the hybrid properties menu I was able to select one of five launch settings: the stock UI, "Phablet" and "Tablet" small, mid and large. Each launch setting includes a DPI setting for the UI, as well as UI button sizes, navigation bar icons and other properties, like the maximum number of notifications the OS can display at once. As I mentioned before it's also possible to set system colors and, through another panel in the PA3 settings, alter DPI and screen layout on an app-by-app basis (360p, 720p, 1000p, etc., depending on the app), and app colors.

Although I've heard from developers that deep customizations like PA3 cause problems with some software, I didn't encounter any issues during my tests. I didn't have any trouble watching movies on Netflix, writing emails, using voice search, tweeting, getting directions, or even playing 3D games like Wind-up Knight. In fact, my tablet appeared more stable than the stock version of Android Jelly Bean, which was really a surprise.

The other customization options, such as the lock screen feature, are useful but aren't nearly as interesting as the PIE and toolbar modifications.

A word about the installation: It's actually really easy, but it's the farthest thing from straightforward. That's because the documentation isn't easy to find (although we're including a YouTube video below on how to install PA3). But hey, it's a developer hack, so I don't think anyone can complain about the lack of documentation too much.

To install the software, first, rooting the device is necessary, and this may violate a carrier agreement and warranty. Then installing PA3 basically involves using a custom recovery utility to factory wipe your device (all your data is lost), and overwrite the default Android OS. (The video below recommends the method documented here.) Once that's accomplished, PA3 also required an installation of the standard Android apps from a publicly available image file. Once that's all complete PA3 was up and running.


For Android enthusiasts Paranoid Android is a cool re-interpretation/ customization of the Android 4.2.X OS. But, the complexity of the install, as well as the root requirement, will likely deter many people from using Paranoid Android 3, which is a shame. It's a well thought-out, extremely stable, clever modification to the stock UI. With the addition of the PIE feature in version 3 it gives Android 4.2.X some serious competition.