With iOS 7, Apple wants to shore up doubts about its ability to innovate in design. Take a closer look.
Thomas Claburn
Editor at Large, Enterprise Mobility
June 12, 2013 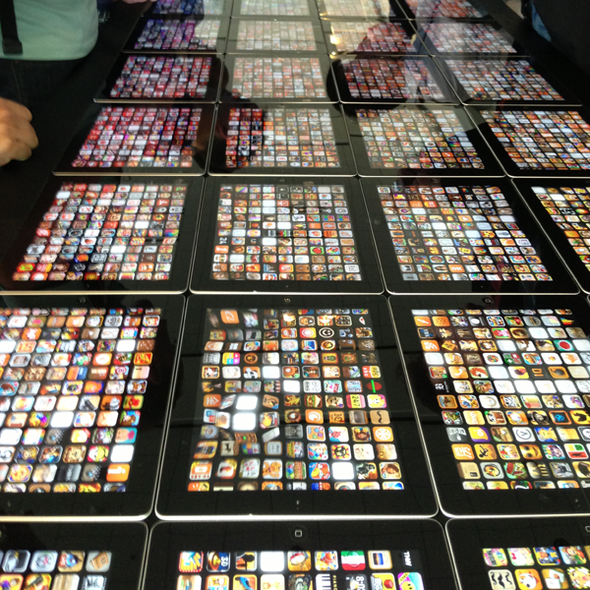 Apple has become the Rodney Dangerfield of technology companies: It doesn't get any respect.

During the keynote address at Apple's Worldwide Developer Conference, Phil Schiller, SVP of worldwide marketing, sounded as if he had something to prove when he presented a preview of the forthcoming Mac Pro, boldly reimagined as a cylinder. "Can't innovate anymore, my ass," he proclaimed.

Apple has always been able to innovate. It couldn't have survived in the shadow of Microsoft for so long any other way. Nevertheless, doubts have been growing, fueled by the absence of visionary co-founder Steve Jobs and the lack of a new product line that looks like it could match the promise and profit of the iPod, iPhone and iPad.

The decline of the company's stock price from its stratospheric high of over $700 per share in September 2012, to around $435 today, can be seen as one way to measure that doubt.

Apple watchers have been hoping for an iWatch or an Apple television. Instead, they got change: A new look for iOS 7 and a radical revision of the Mac Pro, a product many feared would be a casualty of the mobile revolution.

Perhaps unavoidably, such defiant difference has been punished with comparisons to a trash can, an ash tray and a roll of black toilet paper.

Similarly, iOS 7 has been criticized. The Verge calls it confusing. Designer Andrew Munsell renders the same verdict. That's unavoidable with major design changes. The new look has also, predictably, has been praised.

Apple deserves some blame here for its hagiographic assessment of its design competency. Its opening video at WWDC presented a precious paean to Apple's design ethos. The words on the screen describe design with the adoration appropriate to a religion: "We simplify. We perfect. We start over. Until everything we touch enhances each life it touches. Only then do we sign our work. Designed by Apple in California."

Were Apple's products truly perfect, perhaps such reverence for design would fit better. Hyperbole works when the product is truly revolutionary, like the iPhone was in 2007. Whether the new Mac Pro meets that bar remains to be seen: It hasn't been released yet. But when it comes to iOS 7, an operating system upgrade, Apple's invitation to be awed isn't quite enough.

For developers, numbers make the case: iOS 7 introduces more than 1,500 new APIs. That means iOS 7 will support all sorts of new ideas. But for consumers, affinity will depend on exposure and experience. That will be possible in the fall, when iOS 7 is released. In the meantime, here's a look at what's to come.