Apple changed the way we think about computing and digital devices--again--when it introduced the iPad tablet in early 2010. Take a look back and a peek ahead.
Thomas Claburn
Editor at Large, Enterprise Mobility
January 26, 2012 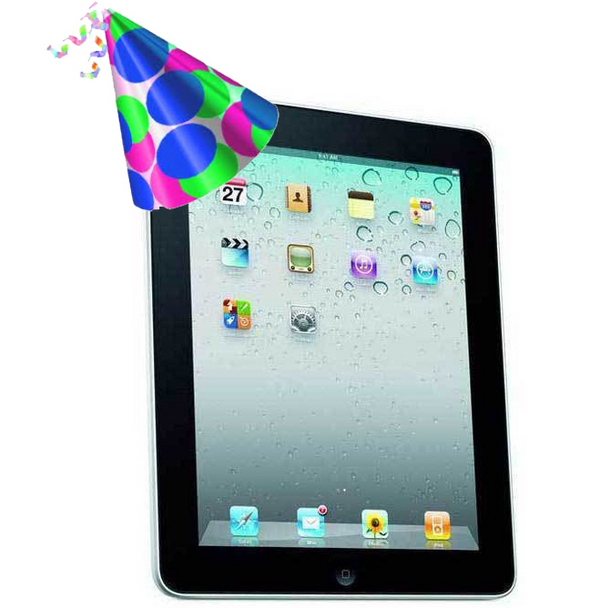 Apple's iPad turns two on Friday, assuming we accept the late Steve Jobs' announcement of the iPad as the device's date of birth rather than its April, 2010 release date.

The iPad's gestation period was a long one. Computer pioneer Alan Kay had conceived of a tablet computer, the Dynabook, back in 1968, around the time that the film 2001: A Space Odyssey, based on Arthur C. Clark's novel of the same name, depicted a tablet news reader.

Over the years, variations on the tablet theme appeared. Microsoft hardware partners shipped tablet PCs in 2002 and Windows-based tablets have lingered on, without much success.

Apple had a tablet of sorts in its Newton handheld device. The Newton had a ten-year run, starting in the late 1980s, but failed to achieve broad enough appeal to survive.

The iPad, however, is different. It's hugely popular, so much so that Apple sold 15.4 million of them during the last quarter of 2011. That's more than the number of PCs sold during that period by HP, the world's leading PC vendor. The desktop computing era is officially over.

Thanks to Apple's touch-based operating system iOS, derived from Mac OS, the iPad offers a new kind of portable computing experience, one that maximizes tactile interaction and intimacy while minimizing the maintenance, security, and start-up delay issues associated with PCs. For those used to roughing it in the wilds of device drivers, hard disk repair, and software updates, the iPad is like a guided tourist vacation--there's a bit less freedom and a lot less to worry about.

At two years old, the iPad has won over many critics and proven that it's more than just an information consumption device. It may not be the weapon of choice for crafting 3-D graphics or writing application code, but it has become a vital workplace asset and has proven itself as tool for many types of content creation.

On a more serious note, as the Apple iPad turned two this week, the New York Times noted in an investigative article that the iPad comes with a human cost for factory workers in China.

Take a look back at a few key milestones in the life of the iPad and iPad 2--and a peek ahead to iPad 3.