Apple's greatest challenge with the iPhone 5 has to do with its software. Take a look inside the red hot smartphone.
Thomas Claburn
Editor at Large, Enterprise Mobility
September 24, 2012 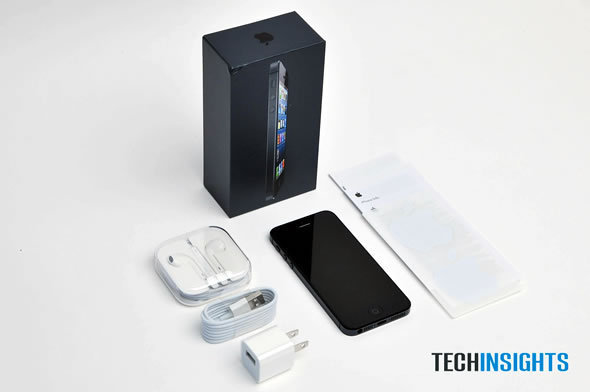 Apple says it sold more than 5 million iPhone 5 units only three days after the device went on sale.

Tim Cook, Apple's CEO, characterizes demand as "incredible," though investors, accustomed to years of Apple blockbusters, expected sales more along the lines of 8 million to 10 million units over the weekend and have punished Apple's stock accordingly.

Even so, there's no doubt Apple's iPhone 5 will do well. Its has been generally well-reviewed and there haven't been any real hardware issues comparable to the "antennagate" trouble that marred the launch of the iPhone 4. (Some iPhone 5 users are complaining about paint scratches; see iPhone Scuffgate: Every Launch Must Have Scandal.")

Apple's greatest challenge with the iPhone 5 has to do with its software. The iPhone's updated mobile operating system, iOS 6, has elicited criticism for its replacement of Google's map service in Apple's Maps app with Apple's own map data. The company's hardware has, so far, not been tarnished by the controversy.

That's because while Apple Maps compares poorly to Google Maps, its iPhone 5 is undeniably a step up from the iPhone 4S and is at least competitive with Samsung's Galaxy III, if not better, on technical merits.

The iPhone 5 processor, Apple's A6 chip, is fast. It performs about twice as well as the A5 chip in the iPhone 4S, according to Geekbench.

Apple's Retina display screen has grown from 3.5 inches in older models to 4 inches now, which should improve the experience of watching videos.

The iPhone 5 supports LTE wireless networking, which may be both a blessing and a curse: By virtue of its speed, LTE will make activities that involve large volumes of data, like video streaming, more viable, even as it is likely to force more users to run up against the limits of their mobile data plans.

Its battery life is supposed to be improved. In practice, reviewers are saying that battery life is at least as good as the iPhone 4S. That's surprising given LTE's reputation for draining batteries and the growing number of apps that encourage the use of power hungry location services.

And then there's the weight, or lack thereof. The iPhone 5 has a bigger screen but takes up less volume and is lighter. This is what you want in hardware engineering: portable devices that become more portable.

The teardown experts at UBM TechInsights (part of our parent company, UBM) took a look inside an Apple iPhone 5. Dig into our slideshow to see what they found, and get the lowdown on costs and a feature comparison to earlier models.