Apple's new iPhone 5s and iPhone 5c make a lot of advances, but they also left a lot of technology out.
Eric Zeman
Contributor
September 10, 2013 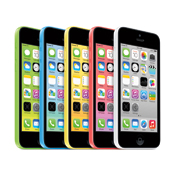 iPhone 5c
Though the iPhone 5s and 5c don't include every feature under the sun, there's still plenty to like about Apple's latest hardware.

-- Touch ID: The iPhone 5s sets itself apart from the crowd due to its fingerprint sensor and Touch ID software. The Touch ID reads the owner's fingerprint and can be used to unlock the phone as well as authenticate app or music purchases. Too bad Apple isn't letting developers in on the Touch ID action just yet.

-- Choice: Some people like color and some do not. Though other phone makers have been offering color options for years (most notably Nokia), it's a nice gesture on Apple's part to offer five different colors for the iPhone 5c. The white, blue, pink, green and yellow hues picked by Apple may not be on your list of favorites, but it's always nice to have a choice.

-- Advanced Processor: The iPhone 5s has a system-on-a-chip called the A7. The A7 processor, which has an unknown clock speed, is paired with the M7 Motion coprocessor, a second CPU that pays attention to where the iPhone 5s is in time and space (thanks to various sensors). The iPhone 5s also has graphics acceleration and 64-bit computing. The result is a significant upgrade in computing power compared to earlier iPhones. There's no word on how the A7 SoC will run compared to Samsung's 8-core Exynos 5 Octa, but Apple isn't sitting still when it comes to developing the engines that power its mobile devices.

-- Cameras: Both the 5s and 5c have improved cameras. The 5s takes a big step forward with its five-element lens, larger sensor and f/2.2 aperture, while the 5c improves backside illumination for better low-light performance. The 5s makes novel use of a two-tone flash to make sure that skin tones look correct no matter what lighting is at hand.

What do you think? What are the best/worst features of Apple's new devices?