The iPhone may never have been the majority of the smartphone market in units, but Apple was clearly setting the pace and the terms of the market for years through innovation and brand dominance. These days are clearly over. Apple is still a big, powerful player, but in many ways it’s are on the defensive and will have to fight for customers just like everyone else.
Larry Seltzer
Contributor
January 14, 2013

The news yesterday in the Wall Street Journal that disappointing iPhone 5 sales have let Apple to cut orders from suppliers is the latest in a series of news events that herald the waning of Apple's dominance in the smartphone market. Similar effects in the tablet market may come slower, but they will come. Apple can't just make something and expect to sell all it can make anymore. The computer giant has to fight for customers and will probably also have to shorten its product cycles.

Unlike the iPad in the tablet market, the iPhone probably never a majority share of the smartphone market. Even so, it was the leading product and, by miles, the biggest money maker, and Apple set the terms of the market's development. This is clearly not the case anymore. Apple is a big, important player, but it's not the leader. 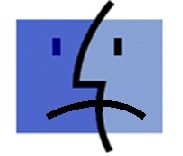 The news describes iPhone 5 sales as good, not great. Since this is Apple, good is probably a really good number, but not a game changer. The way I see it, the iPhone 5 is a very well-executed phone, but it's not revolutionary in any way. It's just a better iPhone, and it's still as expensive as an iPhone has ever been.

This has led Apple to allow price cuts and other sales options (like no-contract iPhones with no-interest financing at Walmart) to make iPhones more affordable, or at least to seem more affordable. We've even seen iPhone 5's discounted.

If anyone's the leader in the smartphone market now, it has to be Samsung, which just announced that the Galaxy S3 has sold 40 million units in 7 months. In 2 years and 7 months since its launch, the Galaxy S line has sold over 100 million. Wow. Now Samsung is the company drawing fawning praise lately, such as this Slate piece by Farhad Manjoo. Samsung is so big and successful in this business it's scary, especially if you're Apple.

And Samsung is just one of Apple's problems. Nokia reported strong, and growing sales of Lumia Windows Phones in the 4td quarter. At 4.4 million in the quarter this is still well-behind the Galaxy S3 pace, but Windows Phone 8 was only available for most of the quarter, and clearly it's a growing presence. And then at the end of this month BlackBerry 10 finally will launch, and who knows what will become of that. It would be foolish for any of the other major players to dismiss BlackBerry.

One thing Apple simply must do is shorten its product cycles. Samsung's rapid pace is mostly responsible for this, but even when the iPhone 5 was released it seemed behind the curve, and then it was going to be another year until the iPhone 6. They can't let that happen. This spring we need to have an iPhone 6 (or 5S or whatever) with exciting new features, or Apple's market share and mind share will almost certainly take a beating all year. It won't be a RIM-like death watch, but by next fall the iPhone 5 will be well-behind the times.

The next really big shoe to drop will be later this month when Apple releases its quarterly financial data. That should be a big story.