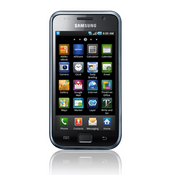 Samsung Galaxy S
Apple has rolled up its sleeves and continues to throw punches at Samsung. Wednesday, a court in the Netherlands agreed with Apple's claim that a handful of Samsung smartphones violate Apple's patents. In particular, the handsets violate a patent with respect to how smartphones scroll and browse through a photo gallery.

Samsung will still be allowed to import its Galaxy Tab 10.1 device into these countries.

The good news for Samsung is that the injunction relates specifically to the current version of these three smartphones. Future versions of the Galaxy S, S II, and Ace that contain revisions to the behaviors in question may be able to get around the injunction. Samsung could, in theory, update the software so that it no longer violates Apple's patent. This would allow Samsung to import the devices into these European Union countries once again.

Samsung isn't the only company affected by this decision, though. Android itself is now in jeopardy.

"Regardless of how Samsung may be able to work around this decision in Europe," said FOSS Patents, "it's a severe blow for Android. In all likelihood, the winning patent is infringed by Android itself--probably not the operating system per se, but by one or more of the applications that ship with Android and without which the usefulness of Android would be impaired in one particular area (photo viewing). Apple now has the first enforceable court decision in its hand (out of many lawsuits going on around the world) that finds Android to infringe an Apple patent."

In other words, this ruling could serve as the basis for Apple to win patent litigation in other courts around the world, leading to similar injunctions. That would be bad for Samsung and every other maker of Android devices.

Samsung issued a statement vowing to fight the injunction. It said, "Today's ruling is an affirmation that the Galaxy range of products is innovative and distinctive. With regard to the single infringement cited in the ruling, we will take all possible measures including legal action to ensure that there is no disruption in the availability of our Galaxy smartphones."