The amplifier for the data transmission on a mobile phone's antenna is the device's biggest power guzzler, wasting up to 65 percent of its juice through heat. Large increases in battery life may be coming soon through new technology designed to use power for data transmission more efficiently.
Serdar Yegulalp
Contributor
December 30, 2012

For years the struggle to squeeze more battery life out of wireless devices has focused on two fronts: CPU power consumption and battery capacity. Now, changes on a third, vital front may be in the works: the cellular power amplifier.

Cell devices all use a component that translates electricity into radio waves, known as a power amplifier. The biggest problem with power amplifiers is how hideously inefficient they are: about 65-percent of the electricity used to drive one ends up turning into waste heat. This is a big part of the reason your phone starts getting uncomfortably warm when you're watch Netflix or videoconferencing on Skype or FaceTime, and why the battery meter also plummets precipitously around that time.

According to an article at MIT Technology Review, a startup courtesy of two of MIT's electrical engineering professors aims to change all that. Eta Devices has a new technology under development — their name for it is "asymmetric multilevel outphasing" — which intelligently modulates power through the amplifier and allows less juice to be wasted when switching from standby to transmit mode or vice versa.

Eta's people estimate that the power requirements for a given amplifier could be cut in half this way. What's more, it might also be possible to consolidate the various radios used by a phone into a single chip — another power-savings measure, since it means less silicon to power in the first place.

There's an irony in how the race to cut smartphone power consumption has been offset by the very utility of those devices. The more features that appear in each successive generation of phones, the more people use them, and so any attempts to make a smartphone with a battery that lasts more than an average day's use are difficult to achieve. Larger batteries have become standard issue, but that in turn often also means a factory-sealed design (hello, iPhone!) to keep the phone nice and skinny.

Smartphone CPUs have also been built from the inside out with minimal power usage in mind. The Qualcomm Snapdragon S4, for instance, can lower the voltage to each of its four cores, or disable them completely, as demand dictates. But those features have to be balanced against the growing demands of users: the more they grow accustomed to apps that require a multi-core phone, or at least perform better on them, the more likely they are to use them and thus spur further power drainage. (As someone once said: "The more they give you, the more you end up needing.") 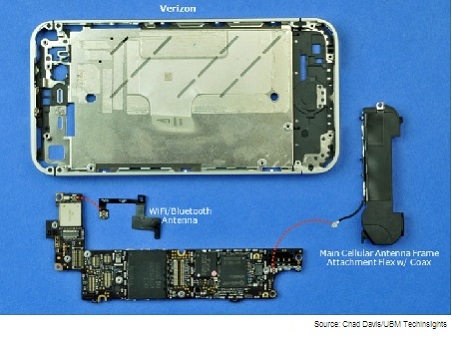 Data-plan usage is another culprit, since 4G LTE radios use more power than their predecessors and more power than a Wi-Fi connection. Worse, 4G LTE phones switch between 3G and 4G networks to stay connected to one or the other, meaning the phone's burning even more power by keeping two radios active. (I got a major power-savings boost on my old flip-phone by simply disabling 3G entirely, since I didn't ever use data on it.)

Much of the engineering of smartphone power conservation has been a refinement of the same mechanisms used in notebooks and PCs: dimming the display, ramping down the CPU's clock speed when it's not in use, reducing the system bus speed during idle time, and so on. There's no one magic bullet, but rather a slew of layered innovations that contribute to the phone's overall power savings.

But with the radios themselves, a major source of power drain — and the overriding reason to use a smartphone in the first place — most of the power-management there has revolved around merely toggling radios off when not in use, not in re-thinking the engineering of the radio hardware.

What will the actual impact be? When will consumers be able to buy this technology? Eta isn't saying just yet.