Bring Your Own iPad mini?

If the iPad would work for you as a BYOD device, the iPad mini is an easy choice to make. But you'll pay for the privilege. Saving money doesn't seem to be the point for Apple. $329 is a lot of money, but Apple doesn't play by everyone else's rules.
Larry Seltzer
Contributor
October 23, 2012

Kudos to the rumor mill. You guys did an amazing job this time. Pretty much every rumor we heard about the iPad mini was right. The price was up in the air, but the other day 9to5Mac called it at $329, so hats off to them. The closest thing to a real surprise is that the 'm' in 'mini' is lower-case.

Of course, all this iPad mini talk created a huge amount of misdirection, distracting us from any clue that Apple would also rev the full-size iPad. The new 4th generation iPad (remember, it's not the "iPad 4") was probably necessary in order that the product keep up with iPhone and iPad mini on features like the Lightning connector, front and rear cameras, faster Wi-Fi, and LTE support. Even the new, faster processor in the iPad 4 (I'm not supposed to call it that? So arrest me) is to keep it in the same generation as the new iPhone and iPad mini.

So why would you want an iPad mini as opposed to an iPad 4, an iPad 2 (which they still sell, although the iPad 3 is gone), or one of those other tablets that Apple disparaged in today's presentation? It's not because of the price. The $329 price is a lot of money for a smaller tablet, but Apple doesn't play by everyone else's rules. It just sold its 100 millionth iPad, so why should it start discounting?

So for $70 more you can get an iPad 2, which has the same screen resolution as the iPad mini. The iPad 2 has a slower processor and less sophisticated cameras and the old 30-pin connector, but the connector might be a plus for you if you have a lot of old Apple accessories. And it's not like you'll be giving up a lot with software. That next $100 gets you an iPad 4 with much better everything.

The first thing I see in the price matrix is that only the full iPad 4 is available with more than 16 GB of flash memory and Apple still won't provide SD card support. (Jerks.) The mini does have a Lightning dongle connector with an SD reader. But if 16 GB isn't enough, you pretty much need to go to the full Rolls Royce model--the iPad 4.

Let's say money's not a problem for you. The first thing you should do is send some to me. Leave a comment below and we can make arrangements. Regarding iPads, it's a pretty stark choice. There is no case to be made for the iPad 2. For $100 more, you get a clearly better device in the iPad 4. The mini is cheaper than an iPad 4, but its screen is clearly inferior to the 4's. If money's no problem the answer obviously is to get both, which I think is what Apple has in mind.

If I were in the market for a new iPad, I would definitely buy the mini. I have an iPad 3 and my biggest complaint with it, by far, is that it's too heavy. The iPad mini weighs 0.68 pounds. But I wasn't planning on buying a new iPad--and money is an issue. 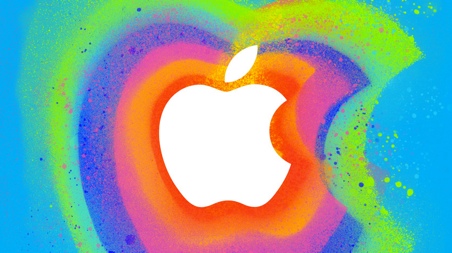