The electronics industry is gearing up for the 2011 Consumer Electronics Show in Las Vegas, which kicks off January 6. The leading vendors are expected to introduce a host of eye-catching new offerings. Here's what InformationWeek anticipates will be unveiled at the show.
Eric Zeman
Contributor
December 30, 2010 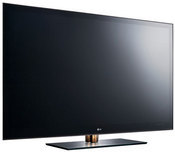 Yes, despite the public's lukewarm reaction to 3D televisions, manufacturers such as Samsung, Panasonic, Toshiba, and LG will continue to show off absurdly large TVs with 3D features built in. Perhaps the only real area of interest regarding 3D TVs will be how manufacturers handle the glasses problem. Some 3D TVs require glasses, others don't, and yet others will require (or offer) custom-designed glasses to make the 3D effects jump to life. This industry still has a lot of growing to do -- both as far as the technology itself is concerned, and its rate of adoption. Can 2011 be the year consumers "get" 3D TV?

Three dimensions may also start to appear on devices as small as smartphones. Manufacturers such as Sharp have showcased 3D LCD designs that don't require glasses in extremely small sizes.

Both Audi and Ford have keynotes at CES this year. Rupert Stadler, Chairman of the Board of Management of Audi, is speaking on Thursday. According to Audi, he will use his presentation to demonstrate infotainment, driver assistance systems, efficiency technologies, and communications networks. Audi's A8 already includes a mobile hotspot feature for wireless broadband access. Audi will likely be pushing the connected-car envelope even further.

Ford has been adding technology to its cars at an alarming rate. A handful of its models already take advantage of Microsoft's SYNC product to aid drivers in selecting features and functions of their car. Cars will only continue to add tech over time, including mobile broadband, and more