Demo Show Still The Place To Be -- Or View

Keep an eye on JetStream HD, a hardware-software combo designed to let you stream movies and other heavy content to mobile devices like iPhones and iPads.
Gina Smith
Contributor
February 28, 2011
The Demo show, beginning today at 9 a.m. Pacific time, is one of the last vestiges of real technology vendor evaluation. It still has editorial integrity -- which isn't something you can say about so many of the newer Web site "awards" programs, where vendors actually pay to win.

But you don't have to go to Demo.

I'm not going this year -- our preparation to launch BYTE.com is too much right now - but I'll be following it on its live stream at Fora.tv. Still, I'll miss the rarefied feeling you get of seeing those early, early product first looks. I saw Marc Benioff's Safesforce.com there -- I was running the very first Net appliance company at the time and dying, just dying for a cloud app! I also saw Tivo, my first demo of Java, VMware, and GoogleVoice early on at Demo. (Demo's featured products usually are announced at the show and shipped later.)

One of the first products Demo goers (and Fora.tv watchers) will see today is a company called JetStream HD, a hardware-software combo designed to let you stream movies and other heavy content to mobile devices like iPhones and iPads -- and, rumor has it, the slew of Honeycomb-based Android tablets hitting the market this spring and summer.

According to insiders, the JetStream HD just pops into your home router. You download the app to your iPad. The combo searches for and uploads to the cloud all the media on computers connected to your network. Support for Apple TV is also included, and the vendor today is supposed to show JetStream multitasking with multiple iPad users viewing different video at a time. I look forward to reviewing this one. 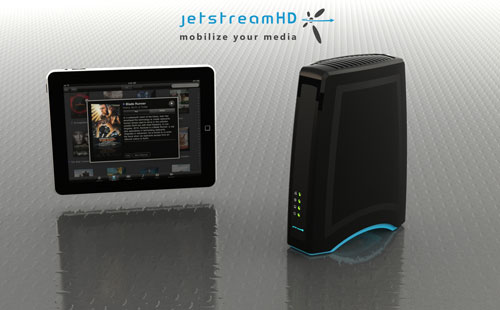 I do miss the high-brow schmoozing at Demo. And the wild insights and stories you sometimes get over the dinner table. I'll never forget the Tivo board member who told me about the raging board fight over whether Tivo should be strictly a product for sports viewers who wanted to watch the same play over and over or a more general device.

But in the long view, while Demo serves a vital editorial purpose by judging products without asking for money to do it, it's true that the average journalist doesn't have to go to as many events anymore to adequately cover them.

So much of these technology announcements are all fanfare and promise. That said, our own Fritz Nelson will be at the Apple iPad 2 announcement on Wednesday, and I'll be tweeting for @byte and from @ginasmith888. Just because.

For Informationweek, TechWeb, and the upcoming BYTE.com, I'm Gina Smith.