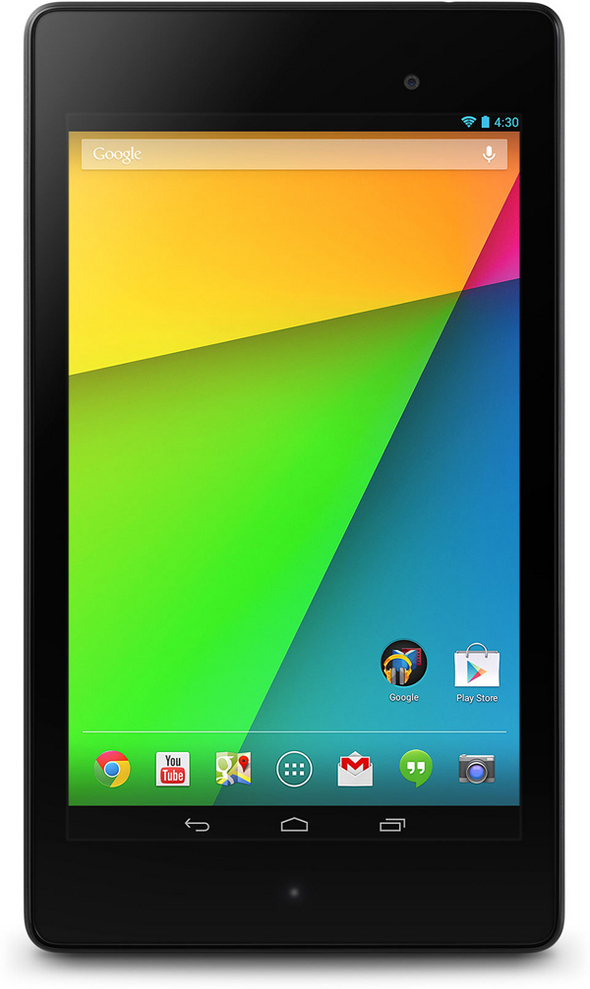 At a press conference in San Francisco on Wednesday, Sundar Pichai, Google's senior VP of Android, Chrome and Apps, declared that we're living in a multi-screen world.

That's true enough. Those who divide their time among computers, tablets, smartphones and televisions confront an abundance of screens during their waking hours. It's a first-world problem, to be sure.

Looking ahead, there will be more screens -- on watches, in vehicles, on appliances and attached to every other object improved by software or hardware. The Internet of Things could just as easily be called the Internet of Screens.

But Google isn't concerned about screens. It cares more about the platform upon which the screen rests. If the platform is sufficiently open, Google can reach people with its ads and services. Google wants to keep its foot in every door and an ad on every screen.

Google dominates two major platforms: the Android mobile operating system and its own browser-based Chrome operating system. It's also well-established on the desktop and on the mobile platforms of its major competitors, Apple and Microsoft.

The companies that have been most successful in keeping Google at bay are those that use platform-level barriers. Amazon has its own version of Android that doesn't rely on Google services. Facebook has wrapped its social data in rules that deny Google access. Google's facility with open-Web technology and its open-source Android and Chrome operating systems has driven competitors to build walls.

But relying on closed, proprietary systems to keep Google out represents a risky strategy. That only works when defensive barriers don't inhibit advances and when Google's alternative is inferior. From 2007 until last year, it worked for Apple.

The risks are multiplied in the multi-screen world. Companies like Apple that focus on offering a complete ecosystem have to out-compete Google, and everyone else in the market, across a broad spectrum of software, hardware and services rather than in narrow areas of excellence.

Apple's dilemma can be seen in Apple TV, a product that the company refers to as a hobby because it hasn't been able to convince established content providers to do anything that might rock the revenue boat.

Apple TV was introduced in 2007. It could have been disruptive; instead, it was competent and cautious. With a six-year lead, Apple TV should be far ahead of anything Google has to offer, or it could have offered better licensing terms to promote its technology. But now Google's new Chromecast device does much the same thing -- it allows content on mobile devices, desktop computers and the Web to be displayed on a linked TV -- while offering a broader value proposition: "Unlike other solutions, we will not force you have to the same OS on all your devices," said Mario Queiroz, VP of product management.

Google's bet is that most customers want to use a diverse set of platforms and services. It's ready for a multiplatform world. The real question is whether any of its competitors can say the same, or whether they're stuck playing defense.

"Android is the largest mobile platform in the world and Chrome is the most popular browser in the world," said Pichai at Google's event. It's a multi-screen world and Google is everywhere.