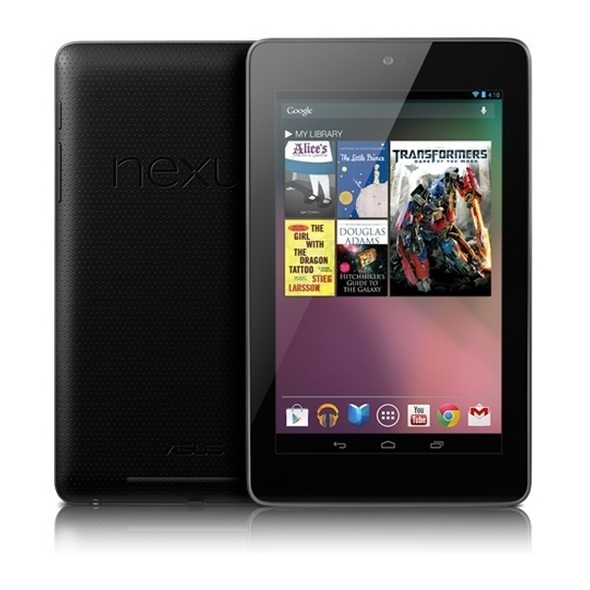 Amazon, and to a lesser degree Barnes & Noble and Samsung, have proved there's vibrant market for 7-inch color slates, even if Steve Jobs thought otherwise. The Kindle Fire, Amazon's first entry in the tablet market, was a hit last holiday season, although recent evidence, including a dramatic drop in first-quarter 2012 shipments, suggests its popularity may be waning a bit. Still, Amazon's formula of delivering an inexpensive, consumer tablet with hooks into an online store--where users can buy or rent movies, music, books, and other items--is a good one.

It's so good, in fact, that Google has copied Amazon's approach with its new Nexus 7 tablet. The 7-inch Nexus starts at $199, same as the Kindle Fire, and provides home-screen access to Google Play, the search giant's online marketplace.

Assuming the Nexus 7 is a loss-leader--and given the tablet's solid specs, it's hard to imagine Google is earning much (if anything) from each tablet sale--the tie-in with Google Play is essential for the company to profit from the undertaking.

What makes the Nexus 7 interesting is the quality of its components, which top those of most $200 tablets. Google and its manufacturing partner Asus have built a slim-yet-substantial slate that raises the bar in the low-end tablet market, perhaps making it difficult for smaller competitors to keep up.

Featuring a quad-core Nvidia Tegra 3 processor with a 12-core graphics subsystem, a 1280 x 800-pixel HD display, a 1.2-megapixel front-facing camera, and the new Android 4.1 (Jelly Bean) mobile OS, the Nexus 7 has the best specs of any $200 slate available today.

The Nexus 7's advantages may be short-lived, of course. Amazon's second-generation Kindle Fire is rumored to debut soon. Barnes and Noble, maker of the Nook Tablet, recently received a much-needed financial boost by teaming up with Microsoft. Samsung's Galaxy Tab series of slates continue to impress. And don't forget those persistent "iPad-mini" rumors, too. Apple may decide to enter the 7-inch tablet market in the near future, particularly if consumers gravitate toward smaller slates.

Whatever happens in the coming months, Google has made an impressive debut with the Nexus 7. Here are 10 of the tablet's coolest features.