Specs for the Nexus 7, a Google-branded tablet with a seven-inch display, sneak out, pointing to a mid-level device with a competitive price.
Eric Zeman
Contributor
June 25, 2012 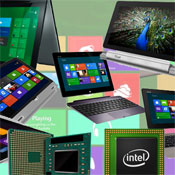 8 New Windows 8 Tablets
(click image for slideshow)
Leaked training materials for the as-yet unannounced Google Nexus tablet point to a smaller, mid-range model that might have trouble competing with more fully-featured products. The tablet, called the Nexus 7 in the documents found by Gizmodo Australia, has limited camera and wireless powers, but includes a beefy processor.

The Nexus 7's seven-inch display is an in-plane switching LCD with 1280 x 800 pixels. That will make it a capable device for viewing 720p HD video content, which will fill nearly the entire display.

Under the hood, it appears as though the Nexus 7 will include a 1.3-GHz quad-core Nvidia Tegra 3 processor. The Tegra 3 is a highly capable chipset that includes a fifth companion core for low-power computing tasks. It will be aided by an Nvidia graphics chip and 1 GB of RAM.

As for wireless network support, it will be limited to 802.11a/b/g/n Wi-Fi. No cellular data of any sort, not 3G nor 4G. Lacking 3G/4G, the Nexus 7 will not be as "mobile" as tablets equipped with cellular radios. However, this will help keep the cost down, which is said to be a chief concern of Google's with this device. Another benefit of ditching the cellular radios is improved battery life. According to the leaked documents, the Nexus 7 will offer 8 hours of Wi-Fi internet browsing.

Rounding out the specs, it will be sold in two different memory configurations, 8 GB and 16 GB. Most competing tablets start at 16 GB and range up as high as 64 GB. Offering an 8 GB model will also help keep costs down.

As for the operating system, Android 4.1 Jelly Bean has been pegged as the platform that will run on the Nexus 7.

Perhaps more important than the specs of this device, however, is the question of Google's ability to sell such a device. Google is expected to sell this tablet directly to consumers via the Google Play Store. It already stocks the Samsung-made Galaxy Nexus, which is available for $399 without a cellular contract. The price of the Nexus 7 is expected to fall in the $199 to $249 range, which puts it squarely in the sights of the Amazon Kindle and Barnes & Noble Nook. Can Google's mid-range model sway would-be Kindle buyers away from Amazon's amazing content store?

Google is expected to announce more details about the Nexus 7 this week at its I/O developer conference.

Room-based systems don't connect to desktops, new and old systems don't integrate, and almost nothing connects to Skype. Can't we do better? Also in the Videoconference Disconnect digital issue of InformationWeek: The cloud and mobility will transform videoconferencing. (Free with registration.)