Google's OnHub is a router for people who don't want to deal with routers. Here's what it looks like, inside and out.
Thomas Claburn
Editor at Large, Enterprise Mobility
August 31, 2015 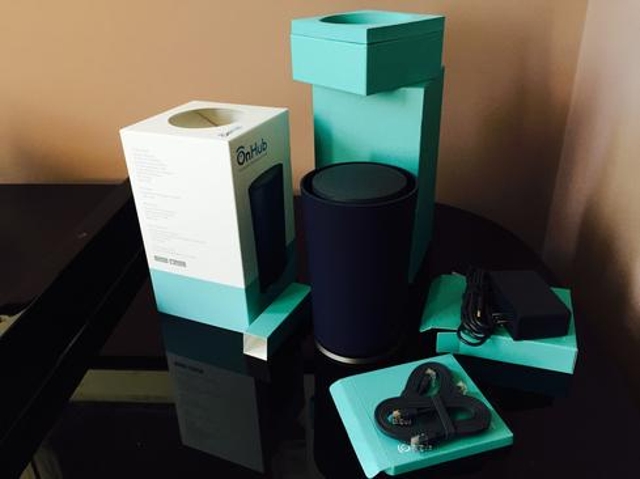 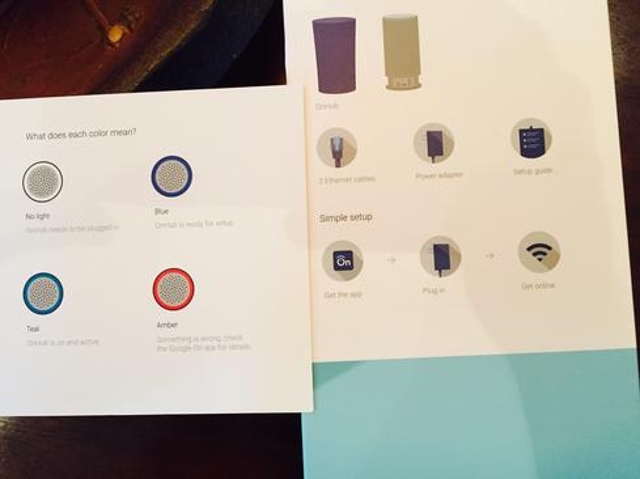 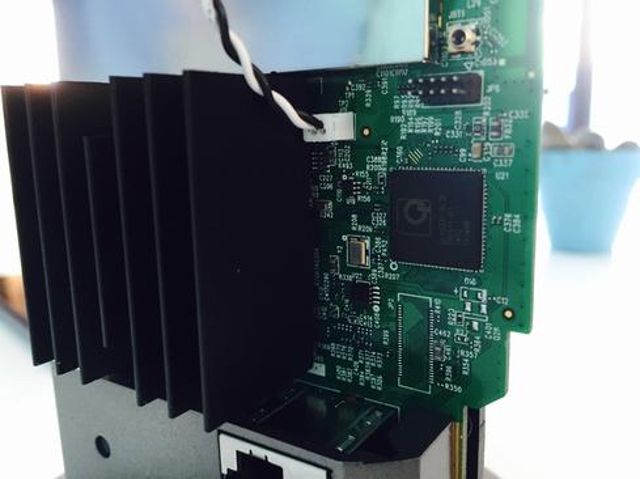 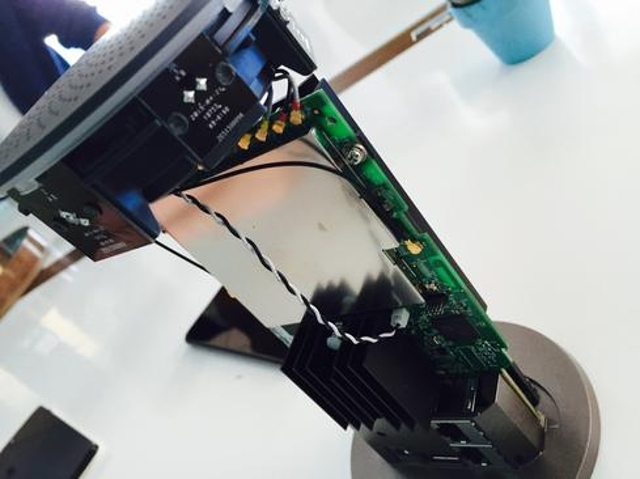 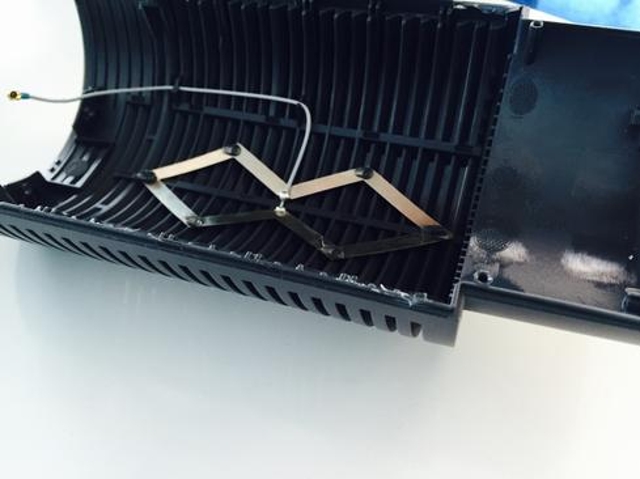 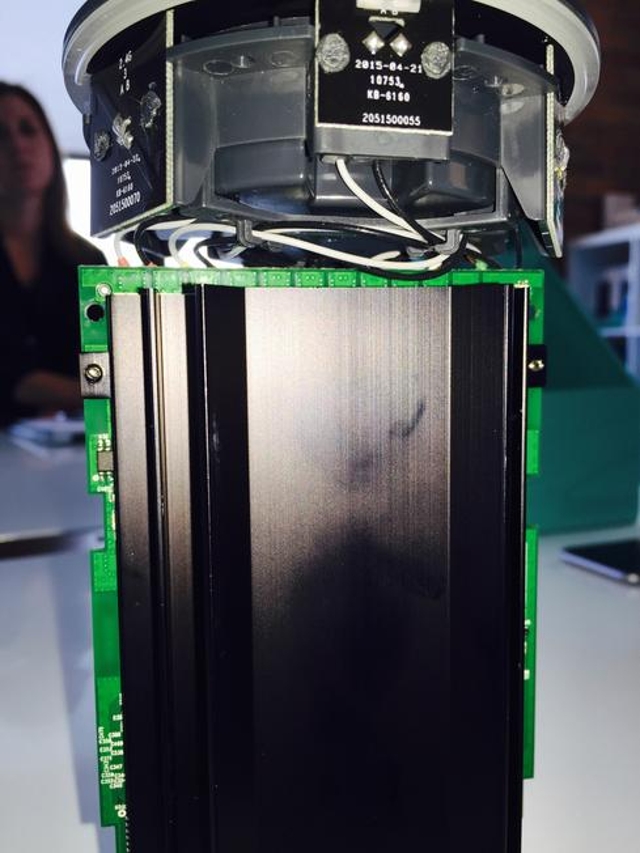 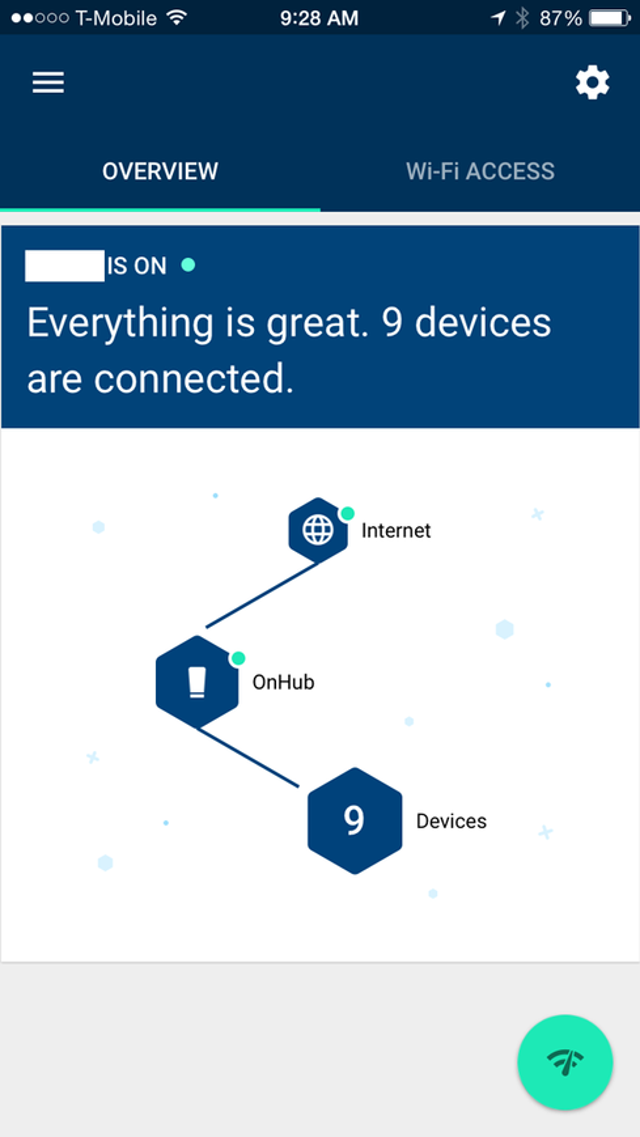 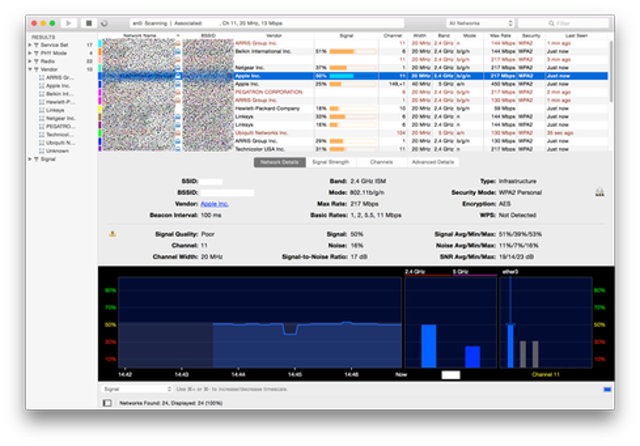 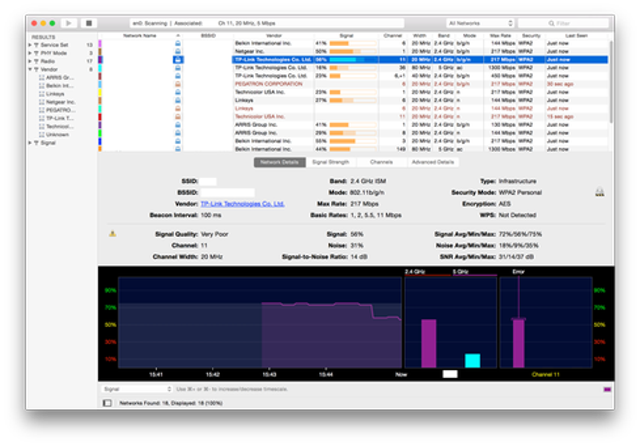 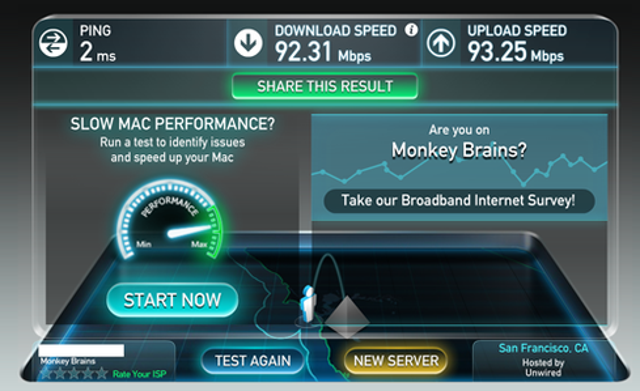 Google's home router OnHub begins shipping on Aug. 31, and promises to simplify WiFi networking for consumers. Made by TP-Link, OnHub at $200 costs about twice as much as that company's well regarded Archer C7 router. But it's priced reasonably for delivering on the promise of simplicity, for its appealing design, and for the prospect of ongoing improvements and support from Google.

"It comes down to trying to deliver better WiFi," said Trond Wuellner, group product manager at Google, in an interview at the company's San Francisco office. "We use WiFi more than ever. More devices are in our homes. We're streaming. We're relying on this every day. And it just isn't working well for most people. ... We thought there was a big opportunity to try to improve the reliability, the stability, and the usability of the WiFi in people's homes."

Sophisticated computer users may prefer a router with a broader feature set, like the comparably priced Netgear Nighthawk R7000, but that's not really the market for OnHub. Google is aiming at people who simply want their WiFi to work, without complications.

As it has done with Chromebooks, Google makes OnHub management central to the value proposition. The company says it will provide occasional automatic software updates to add new features and security fixes, relieving users of the burden of device updates. It has also made interacting with the device straightforward by using a mobile app, rather than an on-device display screen or a browser-based interface.

OnHub can be managed with the Google On app, available for Android 4.0+ or iOS 7.0+. The app provides a view of devices connected to the network and the amount of bandwidth each device is using. It doesn't break bandwidth usage down by app because that would have privacy implications, according to Wuellner.

[ How will drones transform the urban landscape? Read Drones: 10 Novel Uses For Your City. ]

The app allows limited Quality of Service (QoS) manipulation. A network manager can designate a priority device to ensure that device gets as much of available bandwidth as it needs to function well, before other devices can lay claim to network resources. More sophisticated options, such as parental controls, aren't present, but could be implemented through some future update, if Google chooses to do so.

The Google On app also provides two network speed measurements, from ISP to OnHub and from OnHub to devices, both of which can help identify a source of poor network performance. In addition, it offers an easy way to change the network's name and password. Users may find themselves changing passwords often, because Google has implemented the ability to share the OnHub network password via text message, a convenient but not particularly secure option.

There's some irony in this choice, because Google has made security a selling point: OnHub includes a verified boot system designed to assure the integrity of the router's software, a frequent target for hackers.

The ability to designate additional network managers who can alter settings remotely, makes OnHub well suited for situations where multiple parties access a single WiFi network (e.g. housemates), and where individuals handle network administration for technophobes, those with diminished capacity, or those who refuse to concern themselves with technical chores (e.g. some elderly people).

Setting the OnHub up was a bit more puzzling than it should have been. The in-app instructions don't explicitly advise you to twist the outer shell to unlatch it from the inner cylinder, and there's no visual cue that twisting provides access. Assuming you figure that out before you decide force is greater than the tensile strength of plastic, everything else falls into place.

When Apple introduced its redesigned Mac Pro in late 2013, there were jokes about how it resembled a trash can. A year later, Amazon introduced Echo, a cylindrical voice-to-cloud interface and speaker. Now it's Google's turn to try a cylinder.

It turns out a cylindrical design makes sense for a router because it ensures the device will be oriented in a way that provides the best signal. "If it's a cylinder, you're not likely to place it on its side," said Wuellner. "And the domed top discourages people from, say, putting their keys on top."

It would be easy to dismiss OnHub as a salt shaker on steroids -- it has a perforated top for sound -- or as Darth Vader's Big Gulp cup. But really, Google's latest hardware looks great. It's as elegant as a consumer electronics product can be without going into high-end materials like aluminum. It doesn't have antennas sprouting out like the antlers of a minature hunting trophy. For better or worse, it doesn't call attention to itself the way Google's Nexus Q sphere did. The color selection is limited at the moment -- blue or black -- but Wuellner indicated that there may be other colors in the future. "Down the road, our intention is to have more personalizable options for this, so it really matches the decor of the home."

OnHub's management app, Google On, requires a mobile device. An OS X app (or a Windows app) would be useful. Laptops tend to be better suited for administrative options and additional network tools -- but its absence isn't a deal breaker.

Google On is easy to use, but also provides access to advanced networking options for those who want them, including settings for DNS, WAN, Static IP, Port forwarding, and UPnP. It provides a handy overview of the devices connected to the OnHub's network, and it allows you to specify a priority device that will have its bandwidth needs met before other devices can claim network resources.

A missing feature is the ability to name devices that don't report specific names on their own. I have two devices named "unnamed device" on my network, and while I can figure out what they are, it would be helpful to be able to give them names.

Google On includes a "network check" icon on its main page that performs two speed tests -- from ISP to router and from router to the mobile device on which the app is running. Wuellner observed that one of the first things most people do with a router is conduct a speed test, often through a speed-testing website.

Unfortunately, the measurements provided by the app were inconsistent. I ran several successive tests, using both the iOS version and the Android version of Google On, and the results varied significantly.

Compare that to a speed test done at Speedtest.net, via a browser on a WiFi-connected MacBook Pro: 51 Mbps down, 24 Mbps up. A speed test done on the same device connected via Ethernet cable to the incoming ISP connection without a router (the ISP-recommended way to measure) resulted in figures of 99 Mbps down and 93 Mbps up.

There's so much variation here that these numbers hardly seem meaningful. To its credit, Google provides a summary that helps put those results into context. The result I saw every time was, "Everything looks good." It explains that the connection is fast enough to stream HD YouTube or Netflix video, which is all most consumers want to know.

OnHub is supposed to intelligently switch channels to avoid WiFi signal congestion. In my neighborhood in San Francisco, I could see 20 network SSIDs. Whether that's enough to create congestion I'm not sure, but OnHub appeared to be on Channel 11 whenever I checked, just like my previous setup with an Apple AirPort.

OnHub does do one thing that's annoying: It automatically switches to using Google DNS. Most people won't care where they get their DNS service, but I didn't appreciate not being asked if I wanted to change that setting. Fortunately, the Google On app makes it easy to revert to your ISP's DNS service.

Wuellner said the engineering team went with a removable shell to minimize exposed wires, antennas, and lights. The device is circled with multiple 2.4 GHz and 5 GHz antennas. There's also a larger 2.4 GHz antenna mounted in front (opposite the ports) of the metal heat sink that also serves as a reflector that boosts forward signal output. "It focuses the radio energy onto the antenna," said Wuellner.

Most people have their routers near the perimeter of their home, where the cables come through the wall, Wuellner observed, so having an easy way to maximize coverage in a specific direction -- away from the exterior wall -- made sense.

The OnHub performed respectably as a router, but it wasn't a huge improvement over my previous setup, an AirPort Time Capsule (2011) with an AirPort Express as a range extender. With the OnHub in the same location I was getting a signal strength of 56%, as measured with WiFi Explorer at the far end of my house. With the AirPort Time Capsule (without the AirPort Extreme), I was getting 50%. This was at a distance of about 45 to 50 feet, with intervening walls and doorways blocking direct line-of-sight. When I included the AirPort Express, the Apple setup had a stronger signal.

In all, OnHub is a well-designed, functional device that works as advertised. If ease of use, ease of management, and aesthetics matter more than advanced networking options or signal range, then it's probably a good choice. If and when Apple decides to update its AirPort line, which has languished for two years, that may change the equation.

OnHub is a work in progress. It supports Bluetooth Smart, Weave, and 802.15.4 in hardware, but those features aren't actually active yet. So part of OnHub's value proposition is that it will improve over time. What remains to be seen is the frequency and utility of these updates.

You'll see images of OnHub inside and out, as well as additional specifications, as you click through. Once you've checked it all out, tell us what you think about OnHub in the comments section below. Is it something you'd consider at home?