Google's first branded Android tablet may become available as soon as July, sporting a 7-inch display and a pricetag designed to woo buyers away from Kindle Fire and iPad.
Eric Zeman
Contributor
May 24, 2012 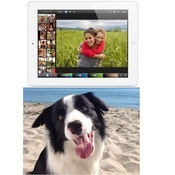 10 iPad Cases For Summer
(click image for larger view and for slideshow)
Google is making preparations to bring about 600,000 Android-based tablets to market by July, say sources cited by DigiTimes. The tablet will feature a seven-inch display and is expected to be made by Asus. Google has placed orders for about 2 million of the tablets for the remainder of 2012.

The device will probably be sold directly to consumers via the new hardware section in the Google Play Store, where Google already offers the Galaxy Nexus for $399. Google launched this new hardware sales portal last week, where it will sell other Nexus-class devices starting later this year.

Whether or not the DigiTimes sources are right about the timing of this device launch, the information meshes with what has already been reported about this Google-branded Android tablet. April reports from The Wall Street Journal and The Verge have provided a bit of detail.

The original target price of Google's first co-branded tablet was $249--half the cost of the entry-level Apple iPad, and competitive with products such as the Amazon Kindle Fire. The new tablet, which is being built by Asustek, will reportedly have an Nvidia Tegra 3 quad-core processor, Android 4.0 Ice Cream Sandwich, and Wi-Fi (only) for internet connectivity.

Google changed its mind about the pricing, however. It wants to drop the price from $249 to $199 or less. Some had expected the tablet to debut before summer, but the change in price lends a bit of credence to Thursday's DigiTimes report suggesting a July launch.

Google wants to win tablet market share from Apple's iPad and Amazon's Kindle, and to do that it will sell devices that are co-branded with its hardware manufacturer partners. Rather than sell just one Google-branded tablet from a single OEM, the search giant will offer several devices from a variety of manufacturers.

Asus will likely have an exclusive spot as the lone device available for a short time.

Looking at the leaked specs and features, Google could get things right with this phantom Android tablet. The smaller display size has several advantages. It would require less power, allow the device to be smaller and more portable, and work well with scaled-up Android smartphone applications. The key component, however, is the Tegra 3 quad-core processor. I've used the HTC One X with the Tegra 3 and can attest to this chip's computing prowess. It delivers incredible performance and manages to sip power at the same time.

Sticking to Wi-Fi as the sole means of connecting to the Internet is also essential to keeping the device cost low. This approach should be just fine for most users, as very few people use wireless broadband networks to browse on tablets. The vast majority of tablet users browse via Wi-Fi.

As long as the display of this unnamed, unannounced device isn't garbage and battery life is good, it could be just what Google needs to gain traction in the tablet market.

Whether the vector is a phishing scam, a lost iPod loaded with sensitive data, or an email-borne worm slithering through a public account, our Well-Meaning Employees--And How To Stop Them report gives you pointers on keeping well-meaning end users from blowing up your systems from the inside. (Free registration required.)