The iPad Mini is a modest product at a premium price. That's good news for Google, Amazon, and Barns & Noble, but it probably won't prevent the iPad from slipping below 50% market share.
George Ou
Contributor
October 24, 2012

Read what other BYTE contributors are saying about the iPad Mini: 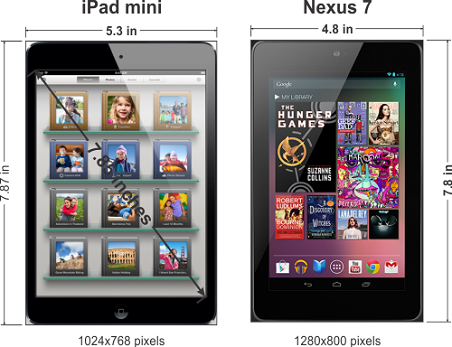 Physically, the iPad Mini is the thinnest and lightest in the 7- to 8-inch tablet segment and the superior craftsmanship is undeniable. The added width problem is mitigated by the reduced casing, although it might be a bit too wide to palm and it might not fit in the same pockets. And although the back has a beautiful metallic surface, it doesn't feel nearly as good as the rubberized back of its competitors.

The resolution of the 7.85" display--Apple rounds to 7.9"--is utterly uninspiring compared to the competition. Apple touted the larger Web surfing experience, but for video playback, the size of widescreen videos isn't much larger than a 7" widescreen tablet and HD videos have to be scaled down to 1024-pixel-by-576-pixel resolution rather than a native 1280x720 resolution. Even the Full HD 1080P-capable 8.9" Kindle and 9" Barnes & Noble Nook HD+ are less expensive at $299 and $269, respectively. 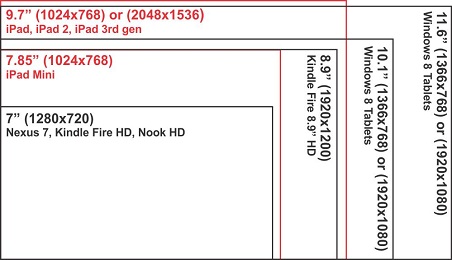 Apple spent an unusual amount of time talking about, but not naming, the Nexus 7 at its iPad Mini launch event, which shows how worried Apple is about the 7" competitors eating into the tablet market. Yet Apple is leaving a lot of room for a lower-cost competitor with superior hardware. The market has shown willingness to pay a premium price for a premium Apple product, but the iPad Mini is a modest product at a premium price. That's good news for Google, Amazon, and Barnes & Noble, but it probably won't prevent the iPad from slipping below 50% market share.