Microsoft Surface Pro: Right For You? 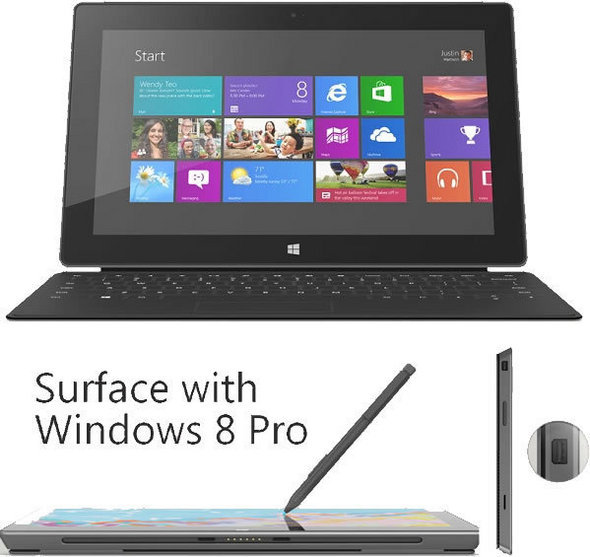 Microsoft's Surface with Windows 8 Pro is here, and it's a curious beast. Both multitouch tablet and full-fledged Windows 8 laptop, the Surface Pro screamed NO COMPROMISES. But as with most hybrid devices, there are compromises aplenty.

The Surface Pro is hard to categorize. Is it a laptop, tablet or both? Does it offer the best of both worlds, or is it a wishy-washy compromise that's bound to disappoint?

Early reviews have been tepid at best. Critics have dinged the Surface Pro's less-than-stellar battery life and other shortcomings, such as the viewing-angle limitations of its integrated kickstand. On the plus side, reviewers have praised the Surface Pro's solid build and its crisp high-definition display.

A recurring question is whether the Surface Pro, which costs over $1,000 (fully equipped with keyboard/cover), is too expensive. One factor working in its favor is that the device is targeted at business users, who are less price-sensitive than consumers. Microsoft has positioned the Surface RT ($499 and up) to duke it out in the end user market with bruising competitors such as the Apple iPad, Google Nexus 10 and Amazon Kindle Fire 8.9.

Why the lackluster sales? Price, again, may be to blame.

"In the long run, consumers may grow to believe that high-end computing tablets with desktop operating systems are worth a higher premium than other tablets, but until then [average selling prices] on Windows 8 and Windows RT devices need to come down to drive higher volumes," said IDC mobile device analyst Ryan Reith, in a statement.

This doesn't mean the Surface Pro will receive the same lukewarm response from customers, although its high price is reason for concern. Here are 10 ways to know if the Microsoft Surface with Windows 8 Pro is right for you.